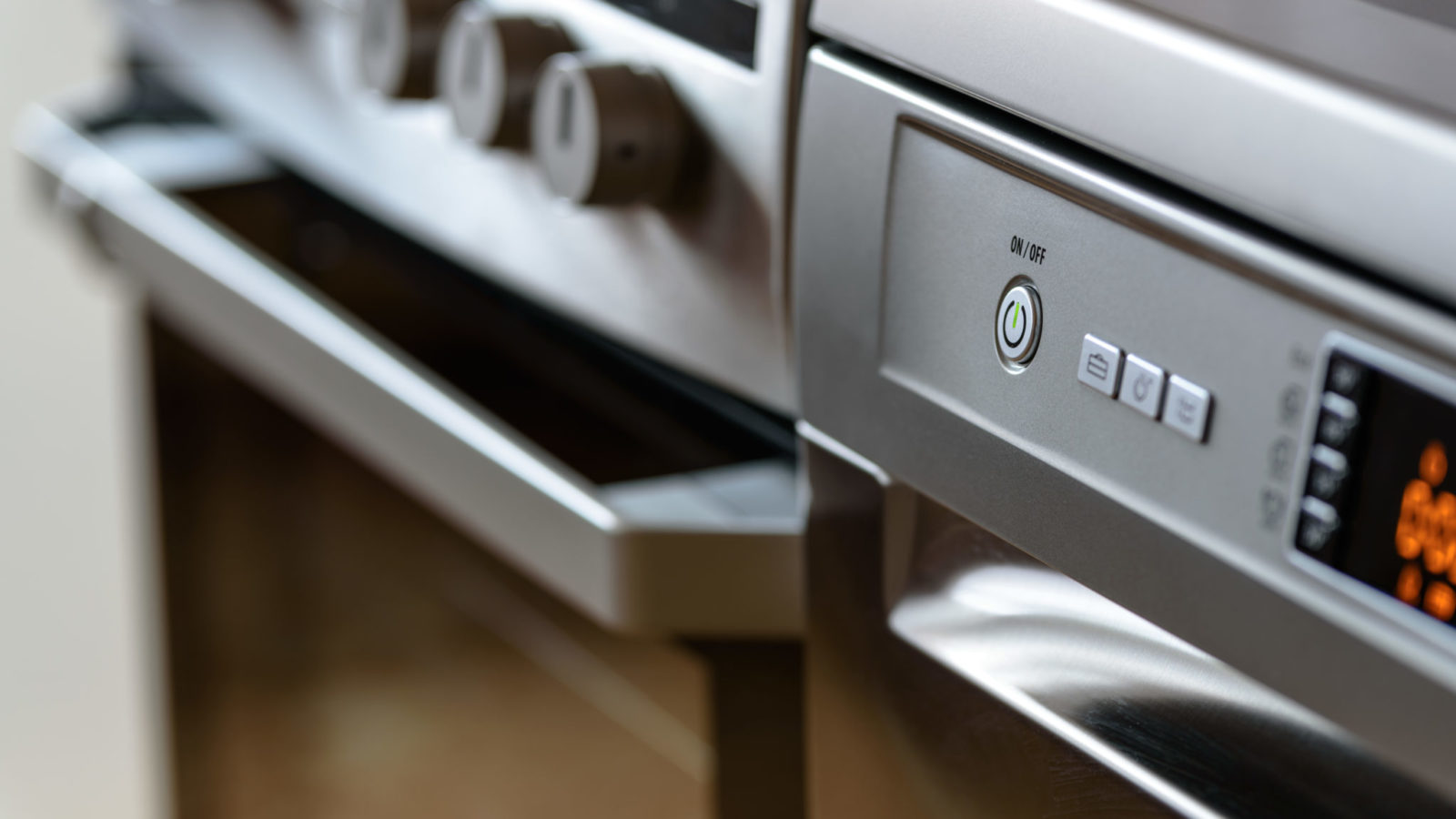 LESLIE: Well, few things define an upscale kitchen like a commercial range. With those heavy, cast-iron grates, beefy knobs and high-BTU burners, the pro-style range has become the modern-day hearth: a focal point in the home’s main gathering place. 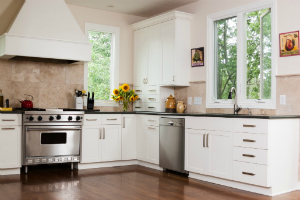 TOM: Of course, a serious stove can boost your cooking powers, too, not to mention your home’s resale value. So what do you need to know if you’re looking for one of these brawny beauties in your kitchen? Well, This Old House plumbing-and-heating contractor Richard Trethewey is here to tell us.

TOM: So we’re seeing more and more of these. They’re really popular and they’re not just their cooking power. I mean homeowners just love the way they look.

RICHARD: They really do add a very dramatic look to their kitchen. Everybody wants to think they’re Wolfgang Puck and this is really the chance. But an actual commercial range, a true commercial range, is not designed for a residential kitchen. You really have to get a pro-style range because it’s got additional insulation. The commercial ones don’t have enough insulation. They worry about the standby loss from catching kitchen cabinets on fire.

TOM: Right. Because it’s just so hot, it doesn’t stop that heat in a cabinet body like it does in a conventional range.

TOM: It goes right through.

RICHARD: That’s right. In a kitchen, you want to keep – in a commercial kitchen, you don’t care because there’s plenty of ventilation.

RICHARD: That’s right. A pro-style range is scaled to fit the standard depth of counters. That’s the difference. They can fit in a regular, 24-inch-deep counter but they have beefed-up insulation. But they also have burners that are crazy powerful. You know, they can blast out 18,000 to 25,000 BTUs, where a basic stove range might have 12,000 BTUS as their biggest burner.

TOM: You can burn your dinner that much quicker.

LESLIE: Well, I think it’s interesting, too, because when you’re looking at a pro-style range or oven, they’re so much larger. So you really have to consider that you’ve got the space for this. I’ve seen them as wide as 5 feet – 60 inches.

RICHARD: That is a lot of burner and it really looks kind of imposing if all you want to do is cook a pot of tea on that big burner.

RICHARD: So it means you have a lot of burners, you’ve got a lot of cooktop options. They’ve got unbelievable choices, with griddles and side grills and boiling pots and stuff like that. A lot of cool stuff on it, though.

TOM: You also have a choice of fuel ranges on this, right? It could be gas or electric or combinations, right?

LESLIE: Yeah, I’ve got that at home. I’ve got a gas cooktop and the electric convection, because it really does help give you a more uniform cooking temperature throughout.

LESLIE: So it really helps to cook things more evenly on their proper cook temperatures. But I think it’s so important that – we’ve discussed this as far as ventilation. You’ve really got to make sure that you’re balancing the air that’s coming out and the air that’s going in.

RICHARD: My goodness. That is the biggest part of this story. Now, imagine you’ve got a nice, tight house. You’ve insulated the house beautifully. And you’ve got bath fans in each bathroom and each one of those bath fans will pull 50 cubic feet per minute.

We just did a scene the other day on This Old House where I took a cardboard box and showed to the American public what a cubic foot looked like: 12 inches by 12 inches by 12 inches. And you go, “Look, every time this bathroom fan – 40 of these have to leave the building, which means 40 equivalent CFM have to come back in the building somewhere. And we talked about how important it is to have balanced ventilation.

Now, on the project we’re doing right now, we had a big commercial – a pro-style range. It needed 900 CFM – 900 of these little boxes that I showed every minute.

TOM: That’s a lot of boxes.

RICHARD: Not every hour, not every day. Every minute. And so we really had to talk about that. When that fan is on, when that stove is on, we have to install a fan to push 900 CFM of ice-cold air in the winter or super-hot air in the summer, into the building.

LESLIE: Back into the house.

So the biggest sort of troublemaker in the whole ventilation system in this building is this monstrous, commercial, pro-style range.

TOM: Wow. So there’s a big cost to these ranges, not only in buying them but the operational cost, if you don’t get it just right, can really be extraordinary. But they’re really interesting and they’re definitely fun to have.

RICHARD: It reminds me of – we always saw people that come in to a showroom – a plumbing showroom – and say, “I want to have that big whirlpool tub.”

RICHARD? You know that big 5-foot by 5-foot whirlpool tub? And they would forget that they would also now have to put in a water heater that’s big enough.

LESLIE: And you know what? You also have to make sure it’s going to fit into your house, through the door.

RICHARD: That’s right. But we have saws, we have Sawzalls. We can cut the cabinets.

TOM: Richard Trethewey, the plumbing-and-heating contractor on TV’s This Old House, thank you so much for stopping by The Money Pit.

RICHARD: Thanks. Great to be here.