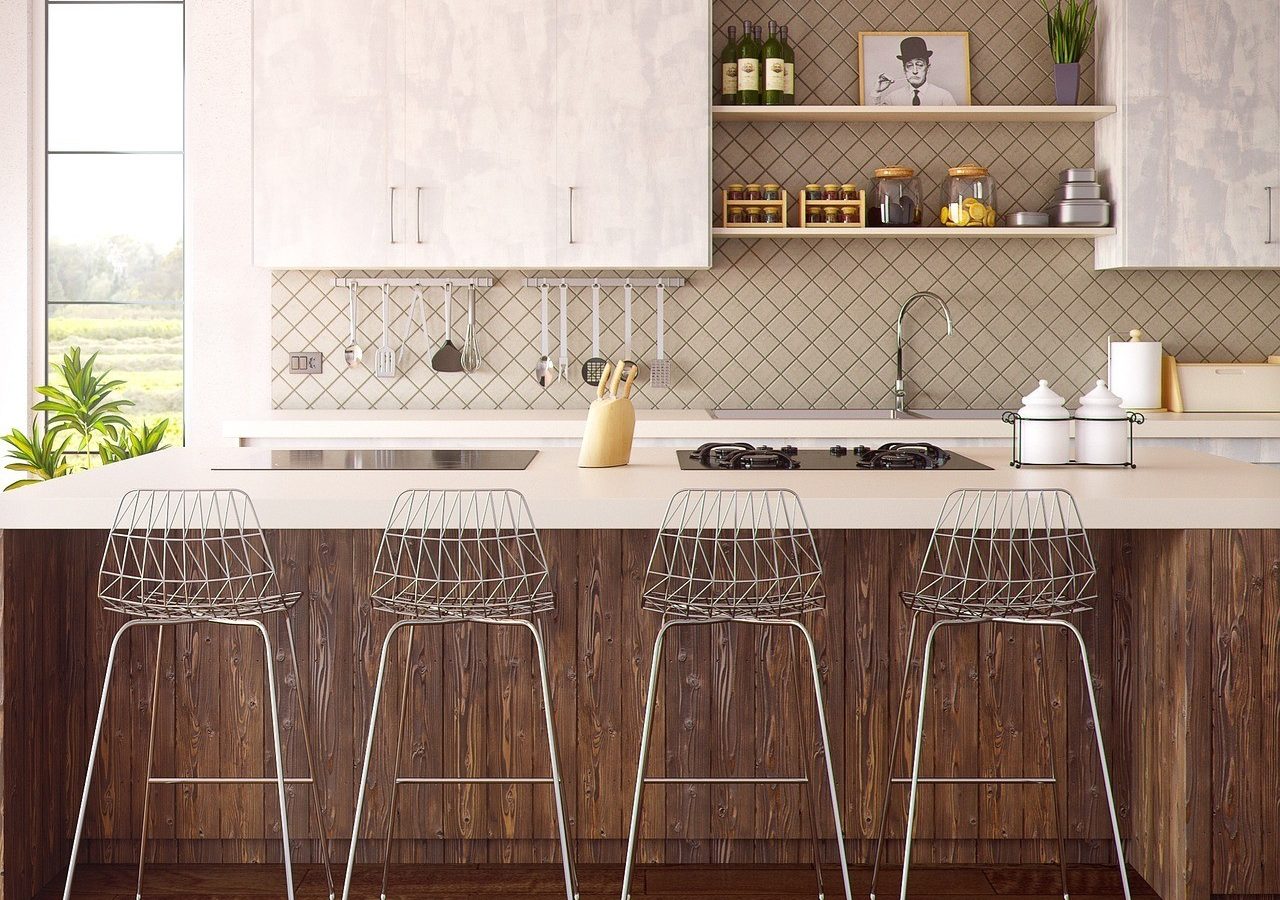 How to Build a Kitchen Island

Home » How to Build a Kitchen Island

How to Build a Kitchen Island

LESLIE: Well, if you’ve got the room, kitchen islands can add a very functional workspace to your kitchen design. It doesn’t have to be a difficult project, depending on what type of island you install. 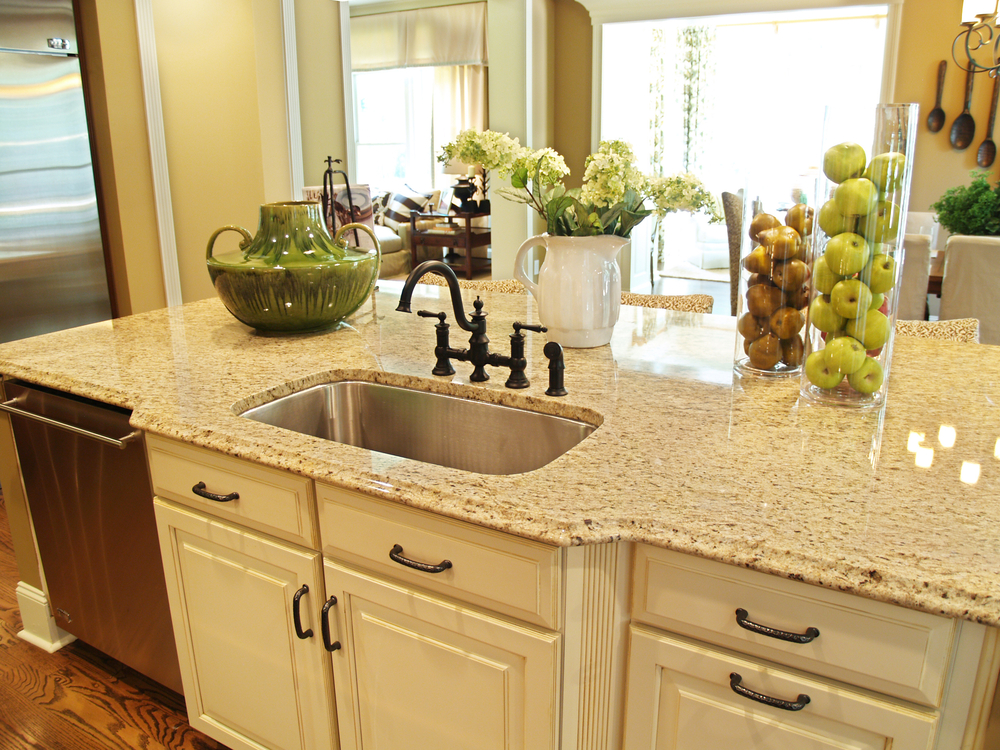 TOM: And with expert advice from This Old House plumbing-and-heating contractor Richard Trethewey, you’ll be armed with the knowledge you need to take this project on.

RICHARD: Well, every man wants his own island. No, every – you know, they’re a great central work and gathering space. Everybody wants to hang around the island.

RICHARD: But it’s not just for cooking and eating anymore. You’re going to bring the kids in to do their homework, their projects, really give this center stage in the kitchen where you can hang out and play board games. They all want to hang around the kitchen anyways. Why not give them a space to hang out? And that’s really around the island.

TOM: Whenever you have a party, folks always congregate in the kitchen. We just feel really …

TOM: Exactly. Just have a really big kitchen with a beautiful kitchen island.

TOM: Now, when you’re figuring out how to build your kitchen island, it can get complicated, especially if you’re going to have mechanicals there. By mechanicals, I mean sinks, stoves, venting and so on.

TOM: So how do we plan for that?

RICHARD: Well, if you’re just going to do an island with nothing in it, just as a central workspace, then it – end of story; there’s no mechanical issues at all.

But as soon as you introduce any plumbing or a stove that needs to be vented, then you’ve got some challenges. Because if you put a sink in that island, any plumbing fixture has to have both a drain for the water to leave and go down and away but also, it has to have a vent. Now, normally, that vent pipe is inside the wall and nobody ever sees it. But if you have an island, you no longer have a wall to hide that pipe. And so now you’ve got to find some ways to get around it.

We’ve done it – shown on the show – a thing called a “bow vent,” which is a technique using PVC pipe and fittings. You can create this vent which goes up to just underneath the kitchen countertop height and works its way down under the floor. And that takes both a little bit of work to do it and you’ve got to get approval from the local plumbing inspector. You have to get special papal dispensation, so to speak, to do it.

And then there’s another thing that’s on the market now, which is an air-admittance valve which – it sits tucked way up under the countertop. And it only lets air in; it never lets air out. So, now, as the water is trying to go down the drain, it needs a place for that air to be relieved, the vacuum that it’s creating. And this is an air-admittance valve. Not allowed in every jurisdiction.

We actually – we wanted to show it, so we went to Canada to show it on our show. We had to escape the country.

TOM:  internationally to make that work.

RICHARD: But they work great. Yep.

The other thing about islands, I’ve got to caution you, is they’re great but you’ve got to make sure that you have enough space. If you put an island in – this is not a mechanical issue; this is just lifestyle issue. That you have enough room around it for the free flow of traffic all around it, between the stove, the sink and the fridge and all the work-triangle places. We find people putting in this oversized island and all of a sudden, the whole kitchen just clogs down terribly.

LESLIE: Now, I’ve always seen these interesting, little projects in different blogs or different magazines where you find a great, perhaps, old chest of drawers or an interesting, vintage furnishing piece. And that’s sort of repurposed into an island. Does that make sense to do?

RICHARD: Yeah. We’ve seen where you might get a conventional kitchen base cabinet on the back side, on the kitchen-sink side. But then on the front side, you’ve got a beautiful, old piece of furniture that you sort of detail in. So if you’re out in the abutting room, in the living room or family room looking back, you’ve got a beautiful, historic piece of recycled furniture that really adds some visual element to it. Yeah.

Richard, aside from the islands that are sort of hard-built in place, there are also portable options, right?

RICHARD: Yeah. You know, they’re so functional. For somebody in a small apartment or in a tight, little kitchen, having this rolling workstation – you either put some butcher block on it or stainless steel and you sort of move it into place, use it as you need to. It also has a shelf underneath, sometimes, so you can put your – some of your additional kitchen appliances on it.

And then when you’re done, move it right away. And it works out great. It has both form and function, which is great.

TOM: Just like you. You have form and function.

RICHARD: Yes. Always, always. At least I pretend to.

TOM: Richard Trethewey, the plumbing-and-heating contractor on TV’s This Old House, thanks so much for stopping by The Money Pit.

RICHARD: Glad to be with you.