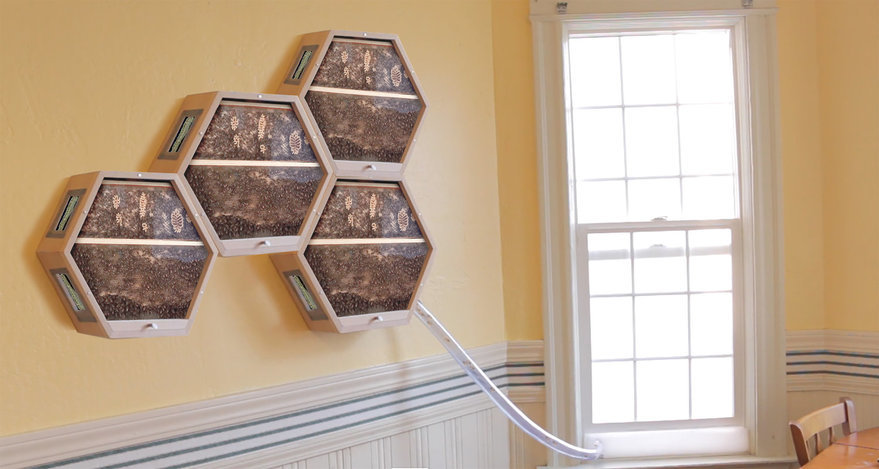 I think that bees get a bit of an unfair reputation. We hear the word and all it incites in us is fear. For some people, bees are actually one of the biggest fears that they have and I think that that’s pretty unwarranted.

Sure, it’s not nice to be stung by one. In fact, it hurts a lot. If you’ve never been stung by a bee then you probably don’t realize just how painful it actually is. It’s more than just a little prick with something sharp.

The sting itself isn’t actually the bad part, it’s the venom that’s the problem. The toxin known as melittin is the primary cause for the pain and it sticks around in your body for a little while. Even after the pain goes away it can still cause itching and irritation for a few days afterward.

But still, we shouldn’t be afraid of that because it’s not going to happen unless you decide to provoke one. There’s the possibility of an unfortunate accident too of course and that’s unavoidable but for the most part, bees won’t sting you unless they feel threatened.

They’re not like wasps who are aggressive and will sting you just because they feel like it, all bees want to do is collect nectar. And stinging people is actually a death sentence for them, so it’s not something they’re likely to do unless they feel like it’s necessary.

And the thing that a lot of people don’t even know, is that bees are actually an exceptionally important part of our ecosystem. Not only would we have no honey without them, which is a huge industry, but many of our major food crops and plants would also disappear.

They’re all pollinated by bees and without them around, we’d lose an awful lot of our food sources. So they’re important and it’s actually really fun to keep some of your own. Beekeeping is a great hobby and a beneficial one too.

And when you think about beekeeping, you probably think about having a garden full of hives but that’s not actually the only way to do it. Lately, indoor beekeeping has become a popular method.

You could dedicate an entire wall of your home to beehives. Let’s discuss why this is such an awesome idea:

First of all, the time is right for it. Not in the sense that it’s the right season for bees, but that we now have the necessary technology to actually install beehives in your home. And with little sacrifice of the wellbeing and development of the bees.

These hives can also be well-designed to fit right into the interior of your home so that it doesn’t look out of place or add an air of uncleanliness to the environment. It’s also not that difficult to ensure that they’re safe enough for you to avoid getting stung.

And perhaps most importantly, it’s still a comfortable environment for the bees. By keeping them in a hive wall in your home, you might think that you’re taking them from their natural habitat and trapping them in a cage but that’s not the case.

The bees are at home in a hive and they are not being sectioned off from the outside world by any means. That would defeat the purpose of beekeeping entirely. So how does this actually work? Let’s discuss:

Entrepreneur Michael Zaengle has developed something that he likes to call the ‘Beecosystem’, a very creative title for what basically is just an indoor beehive. The design is hexagonal in shape and made primarily of wood.

It’s easily mounted onto the wall using a wall-bracket and there are gauze side vents built into the wooden edges. The front plate is a plastic sheet so that it’s possible to see your bees in action when they’re inside.

There’s also a removable tray at the bottom of the hive which is where all of the leftover wax and wax caps will gather so you can get rid of it very easily. And then as for harvesting the honey, this you have to do outside.

Well actually you don’t have to do it outside, but it would probably be advisable because otherwise, you’ll just release all of the bees into your home. And unless you want that for some strange reason I would advise doing this outside.

You’ll need to get yourself a beekeeper suit for that part of it. You just open up the back of the hive and then you can harvest the honey that way. Every part of that is the same as you would do if you did all of your beekeeping outside.

You’ll have to uncap it, extract it and filter it before it can be placed into a jar or bottle, however, it is that you want to store it. It’s an easy enough thing to do once you’ve learned how to get the hang of it.

Then the final piece of this particular puzzle is the crawlway that will allow your bees to get out there and collect their nectar. This is basically just a tube that you will attach to the hive and then channel it to the outside.

This should probably be done through a specifically cut opening, maybe in the base of a window board or something similar. Basically a place that’s sealed enough to where it’s the only access point for the bees.

You’ll have to get this opening specially installed probably and will be the only thing not a part of the bee-ecosystem. Aside from the bees themselves of course. So that’s one hive, but why stop there?

What you really want is an entire wall of them. The great thing about these hives is that they are designed so that you can get more than one and connect them up. You could easily put several of them on one wall.

Why not get six and make a hexagon. It would be like a hive of beehives. Would that even work? I’m having trouble picturing it. It’s worth a shot anyway. A beehive wall would be a unique and entirely beneficial thing to have in your home.

In short, indoor beekeeping is easier than ever before and with these advanced and effectively designed hives, you can do it from your home with minimal effort. If you’ve ever wanted to give beekeeping a try, this is a great way to do it that will also add a flavor of intrigue to your home.

How to Apply Faux Finishes with Paint

Can I Change the Color of Ceramic Tile?