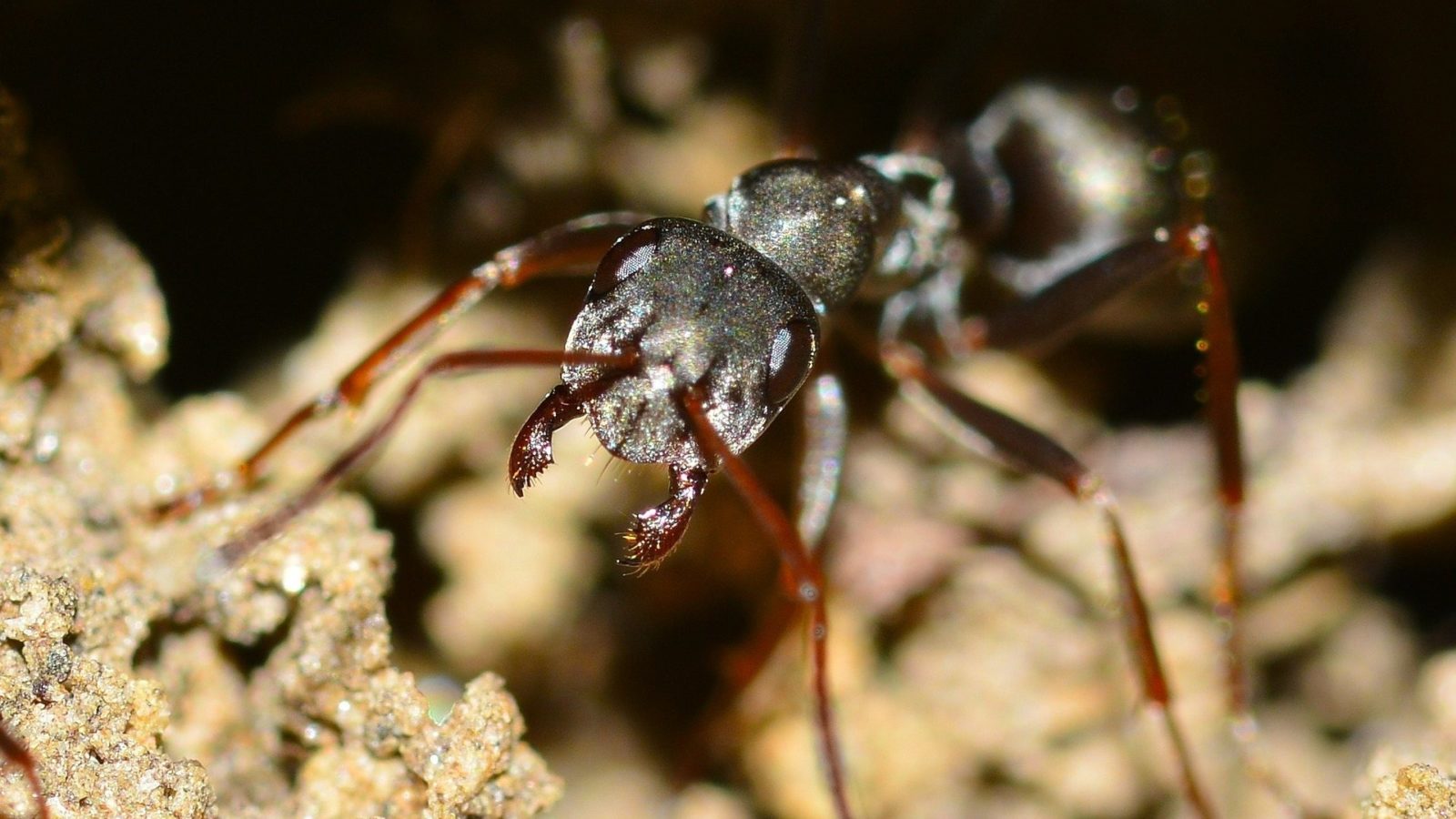 Mother Nature has a pretty efficient ways to get rid of dead wood, and the combination of Carpenter Ants and Carpenter Bees adds up to a ground & air assault force that can do some pretty serious damage.  Here’s what you need to know to stop the wrecking crew. 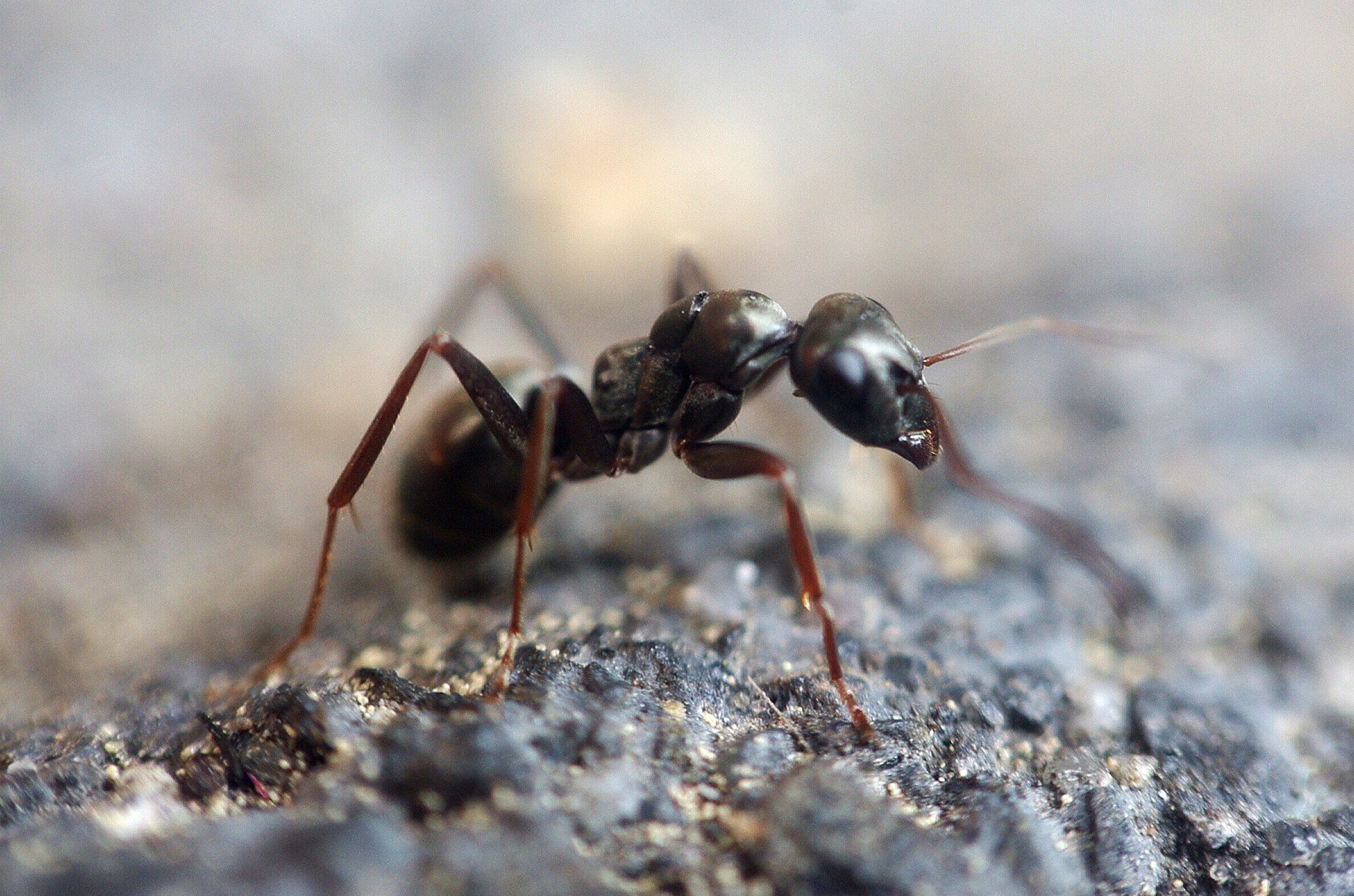 Getting Rid of Carpenter Ants

Carpenter ants don’t actually eat wood, but do plenty of deconstruction work by chewing through it to create nests big enough to house thousands of family members and friends. You’ll only see the occasional forager on the surface or flying around nearby, a sign that they’ve been building their own dangerous Money Pit deep inside yours.

The warm spring and summer months form the most common period for carpenter ant infestations, and these dastardly pests make frequent appearances in the Pacific Northwest and Northeast, as well as along the East Coast all the way down to Florida. They nest in both moist and dry wood, but the former is their preference. As a result, you’ll find that they make most of their visits to damp areas, such as spaces around sinks, tubs, poorly sealed door and window frames, roof leak locations, poorly flushed chimneys, behind dishwashers, and even inside hollow porch columns.

Carpenter ants tend to do most of their work at night, so if you see only a few hanging around during daylight hours, don’t assume the problem is minimal. After they’ve started digging in, they’ll leave piles of sawdust on nearby surfaces such as windowsills and countertops, and at that point, you’ll have no doubt as to who’s moved into the wood.

Over-the-counter treatments don’t do nearly enough to abate these creeping carpenters, so call in the professionals. Like termites, ants can be treated using a new category of pest control products called undetectable liquids, which are able to take best advantage of ants’ social natures through application where the ants are getting to work. The ants then unwittingly carry the chemical around with them, sharing the substance with their nest-mates until the whole colony is wiped out. 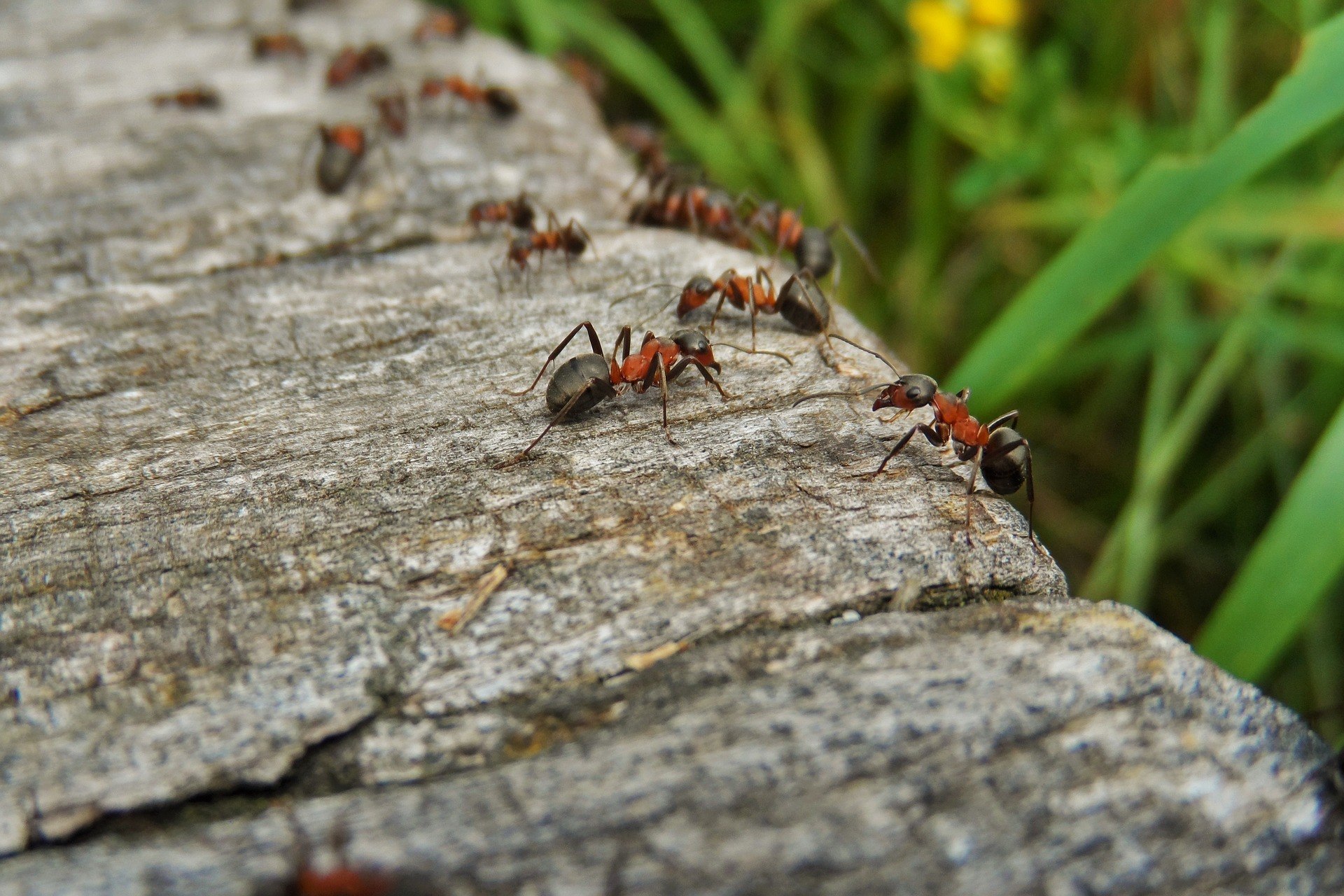 To prevent a carpenter ant work site from being established anywhere near your home, here are a few things you can do:

Trim Landscape
Outdoors, keep bushes and any creeping ivy vines well-trimmed and away from exterior surfaces. Ivy may look charming but those lush leaves often hide a carpenter ant fantasyland.

Seal Cracks
Reduce the risk of moisture buildup by sealing any cracks and leaks in pipes and faucets. Ensure that doors and windows have secure screens, and seal all cracks and crevices around these openings.

Seal Food
Keep pet food and people foods such as cereal, pasta and flour in resealable containers with tight lids.

Seal Trash
Store garbage in sealed containers, and keep the area around them clean.

Getting Rid of Carpenter Bees

These low-flying attack helicopters are very aggressive, and just about the size of bumblebees. They may strafe in your general direction, but they won’t bite or sting. Instead, they’re equipped to drill into wood, usually the softer species of trim woods used for fascia, soffits and fences.

Carpenter bees drill nearly perfect 3/8-inch-wide holes in surfaces and wood end-grain, drop their eggs inside, and work their way back out again before you know what they’ve done. For these clever offenders, get professional help with removal and prevention of future landings. Also consider replacing favored carpenter ant snack foods like facia, soffits and other soft trim with cellular PVC trim boards. These look and cut like wood, but are unaffected by insects.