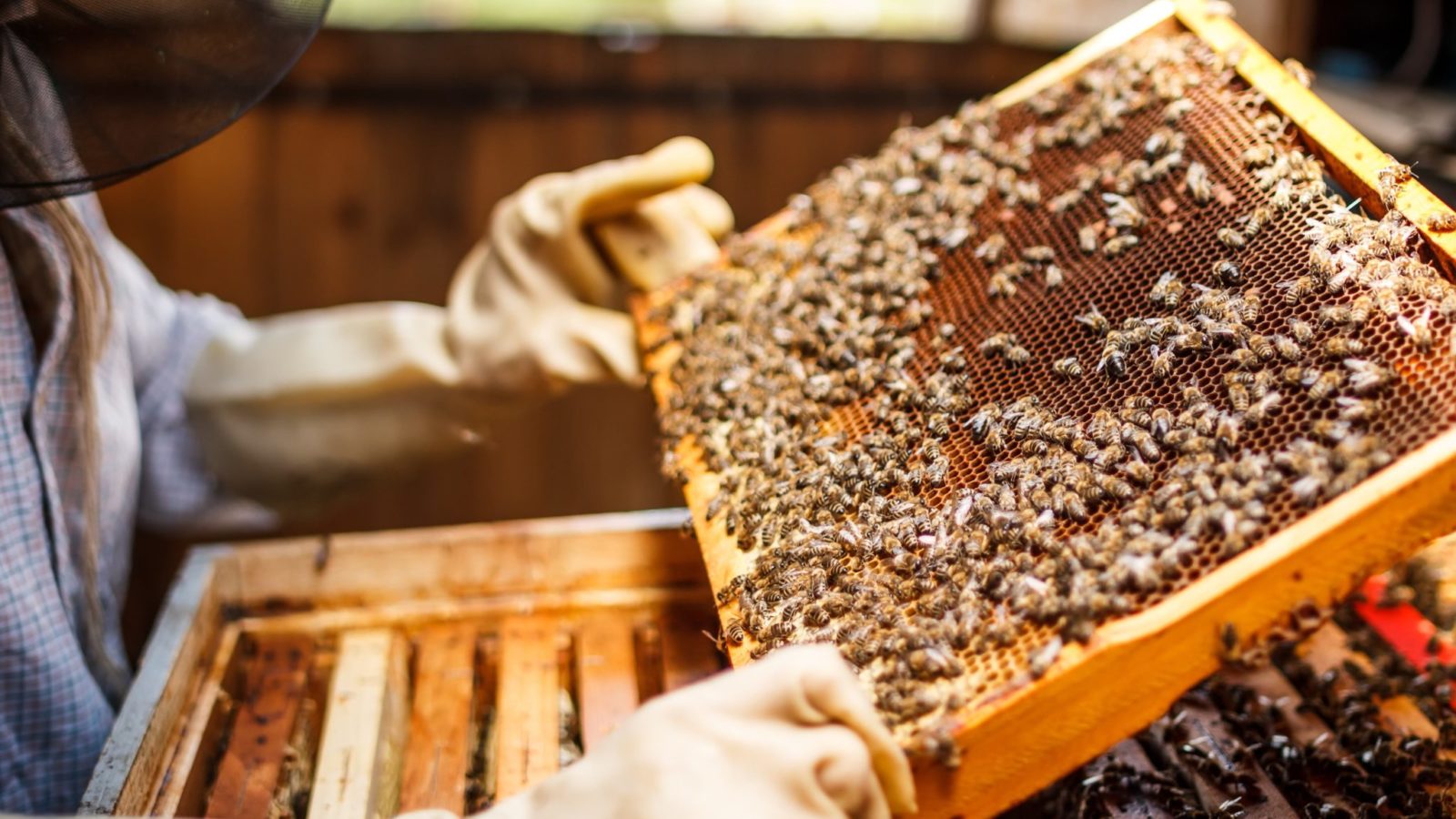 The Buzz on Building Your Own Backyard Bee Hive

The Buzz on Building Your Own Backyard Bee Hive

LESLIE: Well, if fresh, local honey sounds good to you, you might be surprised that you don’t have to go to the local farmer’s market to get some. You actually don’t have to go any further than your own backyard.

TOM: Well, that’s right. Backyard honeybee hives are becoming a huge trend. Here to tell us what all the buzz is about is This Old House landscaping expert Roger Cook.

TOM: Hey, people are setting up a lot of beehives in their backyards. It seems to me that the first condition – the first concern might be safety, right?

ROGER: Well, you have to remember that bees are quite docile. Don’t get me wrong. If you mess with them, they’ll mess with you. But they have stingers. And if they sting you, they lose their stinger and they die. So they’re not real anxious to do that. So unless they’re really agitated, they’ll behave themselves.

TOM: So what is the big attraction of backyard beekeeping? Why are so many people getting into it these days?

ROGER: It’s really exciting to watch the actions going in and out of the hive. There’re so many bees coming and going and dropping off food, taking off and coming back again. And then when you learn the internals of the hive, it’s even interesting to know what’s going on inside.

LESLIE: Now, this is really interesting. Do you buy a kit to start your hive? How do you start this whole idea of “I’m going to have this in my backyard”?

ROGER: Well, you want to locate a place where the hive can stay, where it’ll be out of the wind and safe from intruders or anything like that. Then you order your kit and your kit shows up. And you’re going to set it up. And we can go through some of the mechanics, which is where you put down a couple of cinder blocks about 2 feet apart. And then you get the kit. And in the kit is a bottom pan. You put a brick under one end so this has a slight tip it. And that’s going to give the hive a pitch so that all the rain will wash out and not sit inside the hive.

ROGER: Then you take and build around the four corners. And they’re dovetailed together, usually. It’s pine. And that sits on top of the base. And then you put in the individual hives. They’re like hangers, like a file hanger. And you just drop them in. And then you put the top on.

TOM: Now, you just wait for the bees to show up at that point?

ROGER: Yeah. They just show up on their own. No. Actually, you purchase a kit.

TOM: That’s why we call her “the queen.”

ROGER: Yeah. So what you do now is you take and you get those bees into the hive. You open them up very gently, brush them into the hive. Put some sugar and water in the bottom and that’ll help keep them fed for a small period of time. The female gets set on the top and you put it so one end has a screen on it and the other end has candy on it.

ROGER: And believe it or not, she has to find a date with all these guys that are here. So, very slowly they get to know her and take her into the hive, so to speak. And they’ll eat out that little bit of candy on the end.

ROGER: Access. And then she comes out and starts laying 1,000 eggs a day.

TOM: Yeah, I bet. That’s pretty cool. So by having sort of that candy plug, that’s what gives the bees enough time to kind of get used to the queen and vice versa.

TOM: And once they mix, then she really can go to work.

ROGER: Yep. And just – they’re bringing the honey to her and she’s eating and just laying more and more eggs.

LESLIE: So if we’re getting the honey from the honey that they’re bringing to her and creating within the hive, don’t they need that honey to sustain their colony? I mean how can we harvest that?

ROGER: They do. And what we do is we just take a little bit. We don’t strip it completely of honey. So there’ll be enough there for the winter.

TOM: Speaking of winter, what happens in the winter? Do the bees actually stay there? Do they generate enough heat through their own activity to not freeze?

ROGER: I just saw them headed to Florida the other day. No, they do. They generate enough heat in the hive for everyone to hopefully survive for the winter and start anew in the spring.

TOM: So if we’ve done the job right and they are all truly busy as bees, how much honey can a hive actually produce? Is it worth it?

ROGER: Well, in a mature hive, which is two or three or four years old, the hive can product as much as 60 pounds of honey.

ROGER: Now, half of that – about 30 pounds – the hive will need to survive the winter.

ROGER: The other 30 pounds we can harvest.

TOM: Still plenty for your tea.

LESLIE: And your crusty bread and all your wonderful places that you can spread honey on.

ROGER: Well, it’s not just the honey. It’s even the honeycomb they can use to make candles and different things, too.

Roger Cook, the landscaping contractor on TV’s This Old House, thank you so much for stopping by The Money Pit with sweet advice.

LESLIE: You guys are terrible.

You can catch the current season of This Old House and Ask This Old House on PBS. For local listings and step-by-step videos of many common home improvement projects, visit ThisOldHouse.com.