You are here: Home / How to Build a Partition Wall to Divide a Room

LESLIE: With an economy really dictating that more people improve than move, homeowners are getting creative with ways to get the most out of their homes. 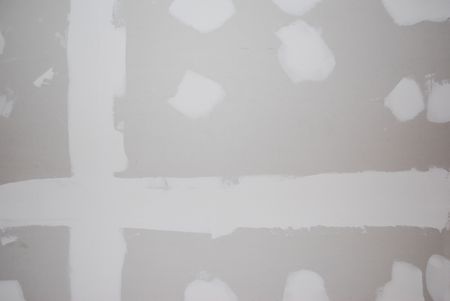 TOM: And one idea is to turn one big room into two smaller rooms by building a partition wall, a fairly basic DIY project that you can do with just a few steps. Here to walk us through is Tom Silva, the general contractor for TV’s This Old House.

TOM SILVA: Well, thanks, guys. It’s nice to be here.

TOM: You know, we’re basically talking about a room divider, right? I mean what do we need to know?

TOM: There’s a lot more than just putting this wall up, because you’re really changing the flow for the people that live in there. You can’t walk by one bedroom to get into the next bedroom.

TOM: They’ve got to have their own, for example, separate point of access.

TOM SILVA: Right. Years ago, they didn’t care about that. Bedrooms. You walked through one bedroom to get to the other on the second floor. I know. I lived in a house like that.

But yeah, today, you’ve got to think about what ramifications are you going to cause by putting a partition up into a room.

LESLIE: Tommy, I feel like there’s so many rules and regulations when it comes to building. Is there anything we should consider code-wise before we just divvy up a space?

LESLIE: Mm-hmm. And you have to get out.

LESLIE: And it has to be quick.

TOM: And that’s the idea.

TOM SILVA: Pretty straightforward. You need a shoe on the floor and a plate on the ceiling and basically some studs in between.

TOM: The plate is the 2×4 that’s up against the ceiling.

TOM: Studs, of course, in between.

TOM: Now, what about the mechanical end of this? Because when you have a basic bedroom, let’s just say – let’s assume that it was properly wired. You’re going to have an outlet over so many feet, you’re going to have light switches that are wired into, perhaps, ceiling lights or outlets. You’ve really got to think about what the impact is of dividing that off, because the original intent of the wiring design is going to change now.

TOM: It depends on whether or not you liked your brother or sister that was living over there.

LESLIE: And what does this really do for resale value? Is there ever a downside to adding an extra bedroom to a home?

TOM SILVA: The downside is the way you do it and is – the room is really small. In some cases, bigger space is more helpful than a real small – two small rooms can be a hurt unless you have little kids. And then, eventually, they’re going to grow bigger and they’re going to move out and then you can open the room back up. But it really becomes a personal taste. You’re building the house or you’re modifying that house for the way you live.

TOM: And that’s a good point, as you both made.

TOM: Because there’s going to be one family that looks at that and says, “Great. There’s an extra bedroom. I don’t care that there’s two that are small.” And there’s another family that says, “This house is weird because it’s different than everything else in the neighborhood.”

TOM SILVA: Yeah, exactly. It can hurt or it can help.

Now, Tom, is – does it make sense because of that – let’s say you need to have that extra bedroom, maybe – to kind of build this in a way where you could just as easily take it apart?

TOM SILVA: Oh, yeah, absolutely. I remember doing a story years ago where I actually showed how to make a temporary partition between two walls without doing any damage to the floor or to the ceiling. And that partition was for two young kids. They wanted their own space because, obviously, they didn’t sleep together well. Kept the mother and father up a lot at night with arguing. So, we built a temporary partition between that room but it could come right out easy.

TOM: And Leslie, we’ve gotten those questions on the show, too. And there’s actually some décor solutions that perhaps you could do, as well, right?

LESLIE: It depends on what the room situation is going to be. But there’s some beautiful divider screens. There’s some interesting panels that slide on a tracking system so they can open and close, as you desire, to divvy up that space.

LESLIE: Of course, then, it’s a sound issue. How much privacy does that space need?

LESLIE: But I think there’s a lot of temporary and permanent solutions that you can explore, depending on what your needs are.

TOM SILVA: Right. And I like to think of it – if you’re going to build that wall and you’re going to drywall and everything, don’t cut open the ceiling and don’t cut it into the floor so that if it has to come down later on, when the wall comes down the floor doesn’t need to be patched and the ceilings are already there. So when you paint it, you can just skim it over a little bit with drywall and then you’ll never know.

TOM: Right. So make it just as easy to take apart as it was to put together.

TOM: Tom Silva, the general contractor on TV’s This Old House, great advice on how to create a partition wall to divide up rooms when it’s needed.

LESLIE: You can catch the current season of This Old House and Ask This Old House on PBS. For local listings and step-by-step videos on many common home improvement projects, visit ThisOldHouse.com.

Create Your Own Hobby Room, Advice on De-Cluttering Your Home, Cold-Weather Safety For Your Dog, and more

Tips on Home Sprinkler Systems, How to Safely Cut into a Load-Bearing Wall, Closet Organization Tips, and more

Clear Clutter and Donate for a Good Cause, Luxury Sheet Comparisons, Bob Vila visits The Money Pit and More

How to Test for Radon, Preparing Your Home for All Stages of Life, Get the Look of Hardwood Floors for Less, and more