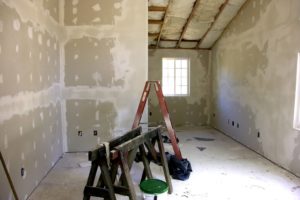 How to Create an Opening in a Load Bearing Wall

How to Create an Opening in a Load Bearing Wall

TOM: Well, you can actually make that dream a reality. Opening up a wall and even a bearing wall is something that can be done if – and that’s a big if – you take the proper precautions. Tom Silva, the general contractor from TV’s This Old House, is a very cautious guy when it comes to doing these sorts of projects. He’s here with some tips to help us get that job done.

Tom, is this something a homeowner really can do? 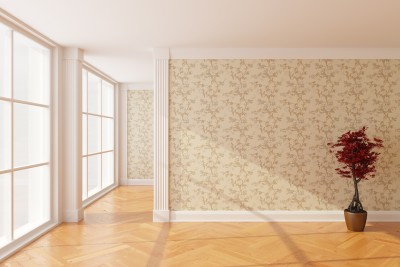 TOM SILVA: They really can do it if they have some skills.

LESLIE: Wait. The question, I think, is: should they do it? Should.

TOM SILVA: They shouldn’t do anything until they know what they need to carry that load above. And to find that out, they should get a structural engineer involved first.

TOM: And that really is the key, because you can’t take a load-bearing wall apart without supporting what it is bearing, first.

TOM SILVA: Exactly. Unless you have some kind of a magic skyhook that will hold that place up while you open it up below, it isn’t going to happen.

LESLIE: Now, when you’re looking at your home, any tips on which walls are the load-bearing walls? Are they perpendicular? Do they run the same direction as the front and back of the house?

So, let’s just kind of give the listeners an overview of what the process is to remove or reconfigure a load-bearing wall. Let’s say that we wanted to put an opening in a wall. We mentioned earlier we start by supporting what’s there now, correct?

TOM SILVA: Correct. And the way you support it is basically you build a – well, there’s a few ways you can do it but the way that I like to think about it is you build a wall next to the wall. And you build it close enough that it’s going to carry the load above but far enough away so that you can work there.

TOM: Get in between it and work on it, right.

TOM SILVA: Right. In some cases, you have to build a wall on both sides of the load-bearing wall, depending on if the joists above the wall are lapped and sitting on top of the wall. In that case, you’ve got to support it on both sides.

TOM: So you build the support walls first. Then at that point, when you know that the load is now carried, now you can start doing your wall surgery on the load-bearing wall, correct?

TOM SILVA: Right. And I like to do the wall surgery very gingerly.

And when you make a cut with a reciprocating saw, you will know if there is load on it, because the blade will jam up.

TOM: Right. It’ll pinch the blade. It’ll come down and pinch it and then you know it’s still under pressure.

TOM SILVA: Right. Exactly. So what you can do is what I do: if there is still some pressure on the wall, I go back and make a second cut in the same cut. And when I get – all the way down the road, let’s say I’m cutting out six 2x4s and the first time I made a cut, there was a little bit of weight on it. I know if my blade doesn’t get pulled out of my saw and that saw doesn’t knock me on the ground, that there’s some pressure on my temporary walls. But I still don’t remove them until that blade goes through every single cut that I made, very easily. Slips through. Then I can remove my (inaudible at 0:25:46).

LESLIE: And is that just a matter of readjusting the two sort of temporary load-bearing walls that you’ve made – maybe the height’s off, maybe they’re not spaced correctly – to sort of correct that situation?

Usually, the rule of thumb I use is if you need a stud that’s 89 inches to get it in there and it measures nice, make it 89¼.

TOM: Just to get a little pressure on it.

TOM SILVA: Yeah. Jam them in. And then when you build that temporary wall, when you have your studs that are 16 on center, then take a cross brace across the middle and make a horizontal board, also. That will lock them together and it keeps them from bowing.

TOM: Right. Because that ¼-inch can be taken up by the flex in the stud.

TOM: Alright. Now, once we get it supported, once we’ve got the studs cut out, of course we have to now replace that structural assembly. I think it’s important to note that you have to be very careful at this point, because the more studs you take out, the beefier that replacement structure has to be. If you’re going to change, for example, say, a 3-foot archway to a 6-foot archway, you’re going to need a bigger header. And you’re also going to need to make sure that wherever those studs that are holding that header in place, wherever they hit, there’s something underneath, right?

TOM SILVA: Yeah, that’s right. There’s a point load that becomes – at the end of each stud that you have to address. And the opening that you make, if – a rule of thumb that I think about when I’m making an opening and there’s one level above, it’s a one-to-one ratio. So, 6 feet wide would be 6 inches high and there would be two 2x6s with a piece of – a plywood sandwich between them. When they’re – then on each end, they would rest on what is called a “jack stud” and next to that would be a king stud. Those studs have to rest on the plate of the existing wall but you have to make sure that what is below it is – be able to support that, also.

TOM: So suffice to say, if you understand what we’re explaining to you right now, you may be able to do this project yourself.

TOM: If you have no clue, call a contractor.

TOM SILVA: Call a contractor that does know how to do it because, yeah, you don’t want the second floor on the first floor.

TOM SILVA: You have a set of stairs for that.

TOM: Alright, Tom, before we let you go, I want to point out that there’s one other part of this that I think people don’t consider when it comes to reconfiguring their walls and that’s the mechanical systems. It’s not just the wood that you’re cutting. Start taking that wall apart, you could have some mechanical surprises, as well, right?

TOM SILVA: All sorts of problems in those walls to deal with. There’s electrical. If you cut that before you’ve removed the plaster so you can see it, you could start a fire, you could get shocked, you could burn yourself. If there’s plumbing, you’ll get soaking wet and you’ll cause some damage. And if there’s ductwork, you’ve got to figure out how you’re going to reroute it.

TOM: So, the bottom line is this is a project that can be done. There’s a lot that goes into it and a lot of thought, a lot of planning that has to happen before you pick up that saw and start cutting studs out of the way.

TOM: Tom Silva, general contractor from TV’s This Old House, great advice. Thanks so much for stopping by The Money Pit.

Walls That Carry The Weight

How To Frame A Wall | Video

How to Build a Pass-Through in a Wall

Load Bearing Wall: How to Remove

Tips on Home Sprinkler Systems, How to Safely Cut into a Load-Bearing Wall, Closet Organization Tips, and more

How to Determine if a Wall is Load Bearing

Load Bearing Wall: How to Identify and Move