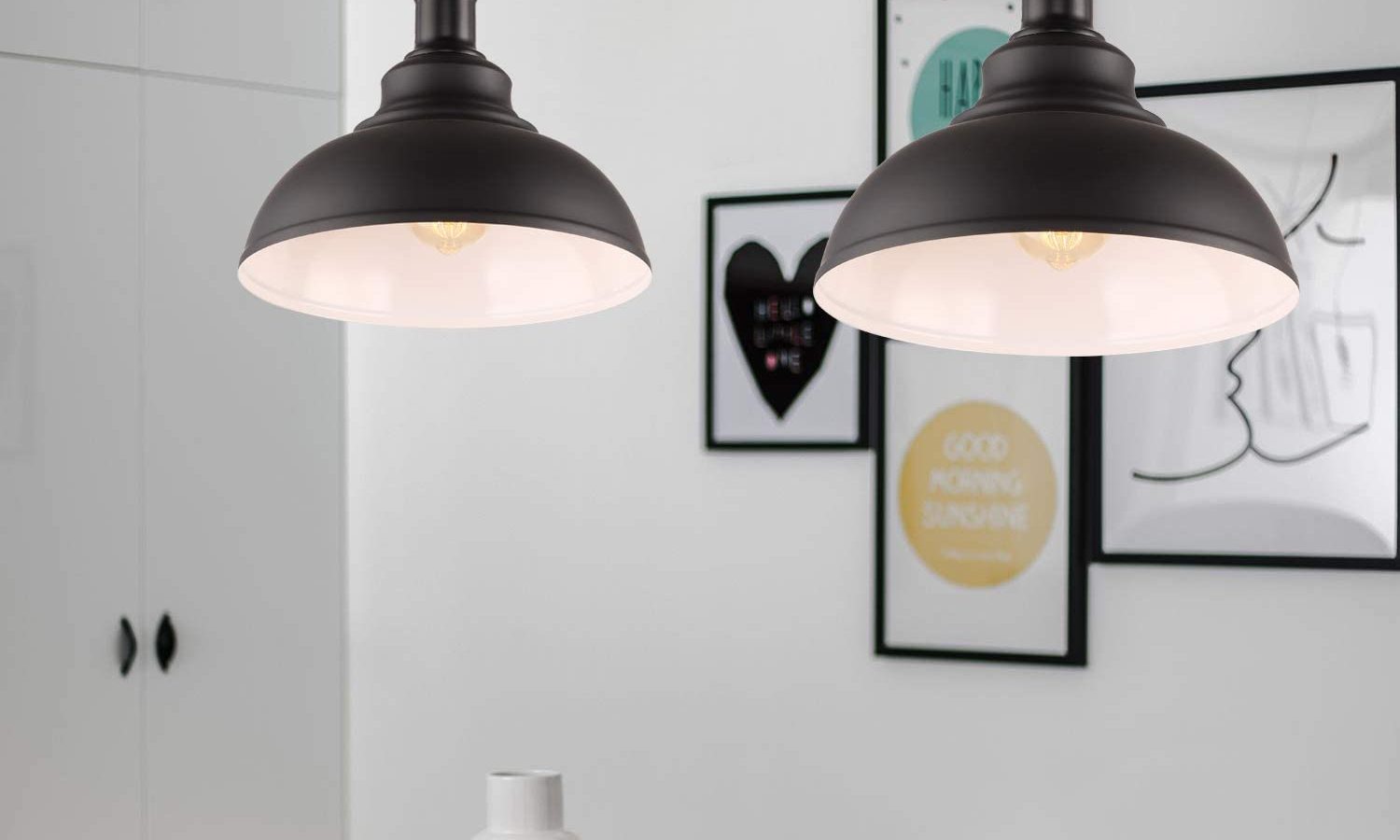 Hang a Ceiling Light Without Putting Holes in the Ceiling

Hang a Ceiling Light Without Putting Holes in the Ceiling

Do you want to hang a pendant lamp from your ceiling, but don’t want to put a hole in the ceiling plaster?  I’ve got an idea for you!

Never mind that the ceiling was criss-crossed by long black lightning cracks.  Never mind that early on in my lease, we had a severe water leak from the apartment above and an entire section of re-plastered ceiling was never painted again, despite a decade of repetitive begging on my part.

Still, installing a light fixture over the dining room table remained out of the question.  He wouldn’t even tolerate a small hole where I might install a swag hook.

But I was tired of my table being so poorly lit.  It was bad for dinner

parties, bad for board games and crafts and baking.  I hated it.

I started looking for a floor lamp with a super-long neck.  I figured I could push it back into the corner and, if the arc of the arm gave enough clearance, I could position the actual lamp shade directly over the center of the table.

I did some serious lamp shopping, both online and in the lighting district of New York.  I did find lamps like the one I imagined — but they were thousands of dollars.

Then, I got an idea.

I bought a second-hand telescoping boom stand cheap on eBay.  A telescoping boom stand is usually used in film and video production, sometimes in stage shows, to hold a microphone.  It can adjust in height to well over six feet, and has an arm that extends horizontally several feet.  The arm is lined with little clips to hold a microphone cord neatly against the stand.

Then, I bought a jumbo $8 utility clamp light at the hardware store.  You’ve seen these before — they have metal shades and clamps so you can clip them onto pipes and beams and such when you’re working on a repair or remodeling job.

I removed the clips from the lamp, then I used painter’s masking tape to cover the inside surface and the tiny lip along the bottom edge of the lamp.  Next, I spray painted the outside of the lamp.  After it was thoroughly dry, I removed the tape, and I had a really cool-looking lamp that was bright green with a silver lip, and silver on the inside.

Finally, I clipped the lamp’s electrical cord into the microphone stand clips.  I was able to adjust the lamp to hang over the table at the exact height I wanted.  The long electrical cord stayed clipped against the boom stand, just as a microphone’s cord would.

Presto!  Lighting over a table without putting holes in the ceiling!

The other cool thing about this rig-up was that I could change the lamp from time to time.  Those big, moon-like Chinese lanterns made of rice paper worked perfectly when hung from the boom stand, and their electrical cords are made with switches on them, so they’re easier to turn on and off than having to unplug a utility lamp from the wall. Important safety note here: Utility lights can get hot so it best to use very small bulbs that dont get hot anywhere near a flammable surface like paper!

Plus, there’s nothing stopping you from buying all kinds of vintage swag lamps to hang from the boom stand (check eBay for great deals on these).  If you wanted to, you could change your lamp with the seasons.

Hope this was a helpful suggestion.  Have fun!

Tips to Finish Your Basement Ceiling

How to Match a Popcorn Ceiling