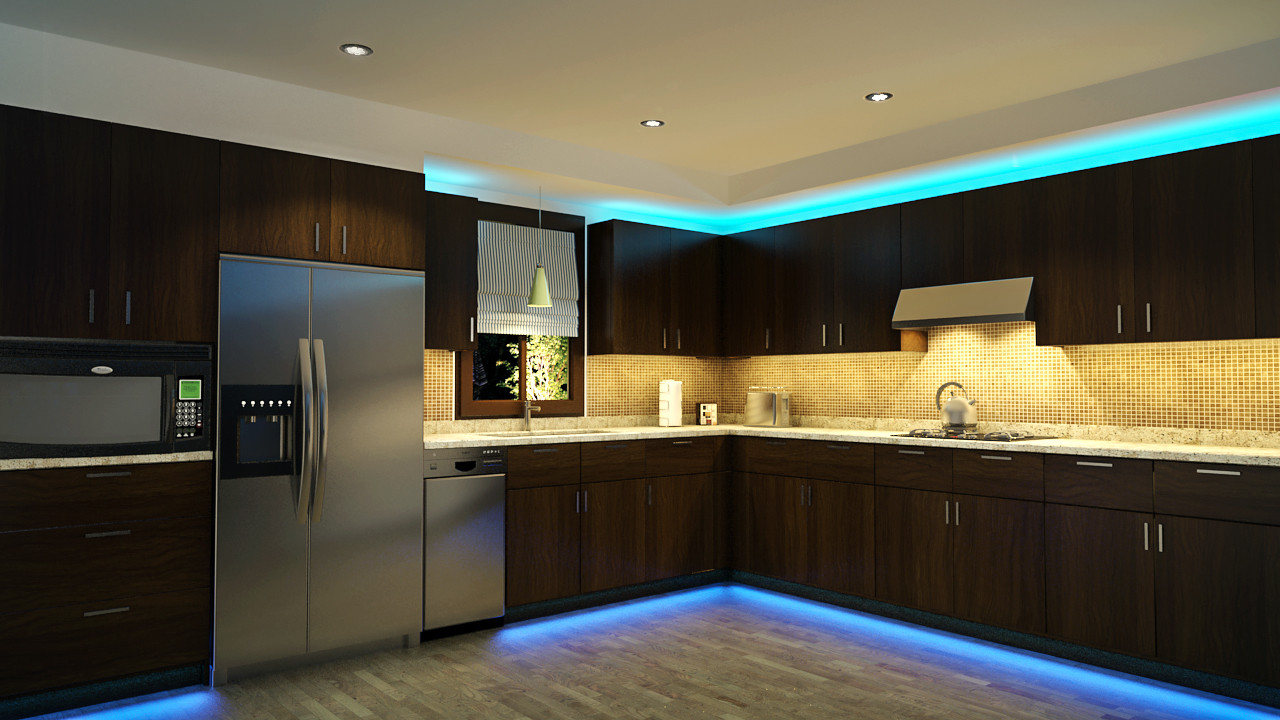 LESLIE: Don in Pennsylvania is on the line with a lighting question. How can we help you today?

DON: Now, we’re going to redo our kitchen ceiling this year and we have these 6-inch pot lights up in the ceiling.

TOM: OK. Yeah, the can lights?

DON: And we were wondering if we would take them out, if we put the LED lights under the cabinets, if it would give us as much light.

TOM: No, I wouldn’t take them out. I would keep them in.

Now, one is for area lighting; one is for task lighting. So the LED lights that could go under the edge of the cabinet could give you task-specific lighting for food prep. And they also look darn cool when you dim them in a party or something like that.

TOM: But I would keep the lights in the ceiling.

DON: I mean take them out and put maybe like 4-inch ones in smaller ones or just leave the 6 ones in there?

TOM: I would leave them. I think that – I think you could use the 6-inch ones that you have. I don’t think that’s part of the project that’s going to give you a good return on investment. But if you change the bulbs out, I think you’ll find that that will make a difference.

Take a look at those Philips bulbs. I’ve got several of those now in my house, including in the kitchen, as can lights. They’re LEDs and we matched them up with Lutron dimmers where you can adjust the dimming range. And they’re super-bright and they cost a heck of a lot less to run than the incandescents. And they last a lot longer. We used to replace those incandescents all the time and these have been – I’ve never had to replace them and I think they say they last over 20 years.

TOM: You can get them at Home Depot.

TOM: I know that I’ve gone there. They’re really interesting-looking, Jack. They’re the ones that look – they look like yellow. They kind of look – I always think they look like bug lights.

TOM: But you’ll be amazed when the thing comes on how bright it is.

TOM: Alright, Don. Good luck with that project. Thanks so much for calling us at 888-MONEY-PIT.

Ideas for an Affordable Kitchen Remodel

Kitchen Remodels to Add Value, Whether You’re Selling or StayingTips for Installing Under Cabinet Led Light Strips in the Kitchen