You are here: Home / Beware of Product Defects that Could Cause Appliance Fires 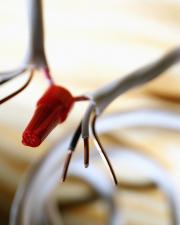 You may know that an unattended stove or a lint-filled dryer create major appliance fire hazards. But did you know that millions of appliances have been recalled over the past five years because of product defects that could cause a fire? Your appliances can actually catch fire through no fault of your own, according to a recent study by Consumer Reports. The study found only about half of all appliance fires were caused by human error, and many of the rest were caused by problems with the appliances themselves, including faulty refrigerator compressors and defective control boards in dishwashers.

To help protect yourself against product defect-based appliance fires, Consumer Reports recommends registering your new appliances so that you are notified quickly in the event of a product recall. And if you move into a home with existing appliances, you should note their make and model and check the manufacturer’s website for any recalls. Also make sure you have enough smoke detectors in your home—that means a working smoke alarm on every level as well as in every bedroom.

In addition, steer clear of these common mistakes that can lead to appliance fires in the home.

You can prevent appliance fires by using them with caution and by arming yourself against potential product defects with timely recall information.