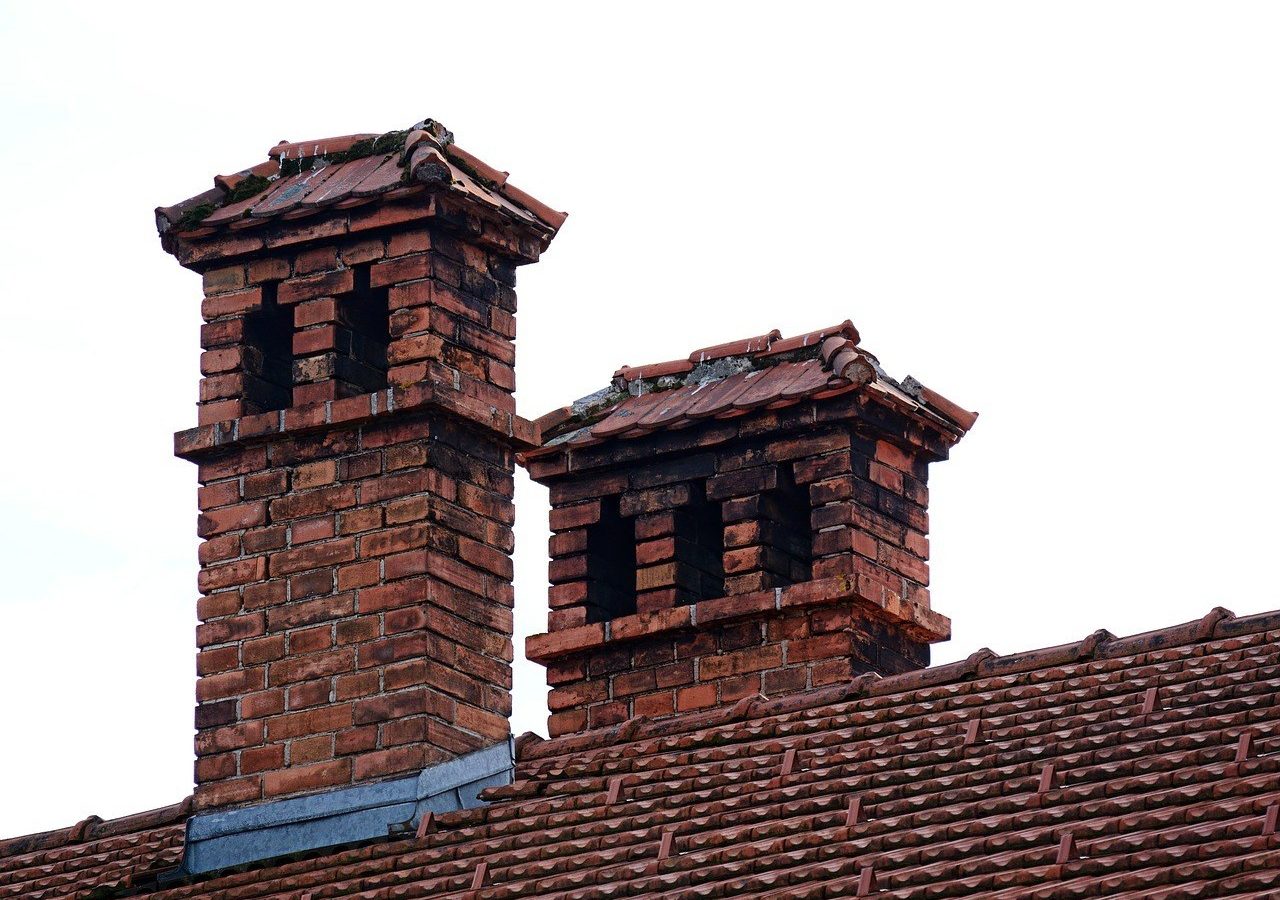 LESLIE: Well, there’s nothing like the glow of a crackling fire on a cold winter’s night. You know, it’s perfect for roasting marshmallows and even just warming your tootsies.

TOM: Ah, yes. But before you fire up that fireplace or even your wood stove, it’s important to make sure your chimney that vents it is safe. Here to tell us what to look for is This Old House heating expert, Richard Trethewey.

TOM: And I’ve never seen one, and I hope I never do, but a chimney fire is one very nasty inferno that can destroy a home pretty quickly. How do we make sure that our chimneys are safe?

RICHARD: Well, chimney fires are fueled by highly flammable deposits of creosote. And that builds up inside the chimney as warm smoke condenses on the insides of that cold flue. These fires are just dangerous. They burn hot enough to melt the mortar, they’ll ruin a flue and increase the chance of a house catching on fire.

TOM: So the secret is to keep it clean. How do you determine how frequently you should do that?

RICHARD: Well, it really depends on a couple things: how often you burn the wood and some people don’t use their fireplaces at all. So if you’re burning it a lot, you want to make sure you use a wood that’s been seasoned for at least 12 months; you love it to be dried enough that it’s not filled with moisture. It’s going to burn cleaner, it’s a drier smoke.

You want to maintain a good draft. If the smoke backs up into a room when you’re lighting up the fire, you’ve got issues with draft and you want to make sure you have somebody check that. It’s probably lingering a little too long in the flue.

LESLIE: Mm-hmm. We get questions sometimes about folks who see these creosote-cleaning logs that they can purchase and burn with their fireplace. Is there any effect to that or does that just cause more condensation and then sort of impact everything?

RICHARD: They might work a little but nothing beats a properly cleaned and inspected chimney by a licensed chimney sweep. That’s your best asset to make sure that you can sleep at night after you’ve had a fire.

TOM: Now, if you’re going to have your chimney cleaned, this, unfortunately, is one of those areas where we do get a fair number of fraud-related stories where there’s chimney sweeps that come out and declare that the chimney is absolutely horribly unsafe and it’s going to kill you if you even light a match in it.

RICHARD: Well, you want to make sure the sweep is licensed, you want him insured and he should be some member of a recognized trade association. One of the biggies is the National Chimney Sweep Guild. And you might want to check that he’s a member there.

And then, really, ask around the people that have been in the game for a little while. They’re pretty generally reputable.

LESLIE: Mm-hmm. I think a lot of people forget that regardless of how much you use your fireplace, the chimney itself acts as the main ventilation system for many of the appliances in your home.

LESLIE: So, what kind of maintenance do you need to do to the chimney, just to sort of keep those things in check?

RICHARD: Well, I want to just build on your point, Leslie. This is carrying CO2 and CO – carbon monoxide – these chimneys from your gas and oil appliances and your fireplaces. If they don’t vent properly, people can die and so it’s a really important subject. You’ve got to look for this efflorescence. It really – you’ve often seen it on the outside of chimneys.

RICHARD: Yeah, it’s a white, salty deposit. It looks like it’s – salt water has been all over the side of the chimney. And that really means that some of that moisture from the fireplace is bleeding through and making some of the mortar come through to the outside. That might be a reason to call the chimney sweep.

And then the chimney lining. You have to have a chimney lined. It has to have a consistent liner without any breaks in it. It comes from the basement all the way to outside. Otherwise, you’re going to have hot spots and you can have a fire, so – and a chimney sweep would always check that, usually with his camera coming down or up the chimney, to be sure it’s all set.

LESLIE: I mean technology really just has helped so much in this industry because as a homeowner, we can’t see what’s going on up there. And we had our heating system serviced at the end of the year last year and the gentleman took off the venting pipe from our boiler to the chimney.

And as he pulled it off, the entire lining just started crumbling out. And he stuck his iPhone in there, took a couple of pictures and then turned and showed it to us and was like, “And that’s all your lining in there.” Something I would have never seen short of sticking my head up there, which I’m not going to do. But that’s a valuable maintenance that we needed to make for the house.

RICHARD: We love our little cameras and technologies to get into places we can’t fit anymore.

TOM: Yeah. And Richard, the high-efficiency systems that we’re putting in today, they vent more condensation than gases sometimes and that condensation can be very acidic. So when you put in a higher-efficiency heating system, you have to be even more concerned about the quality of that chimney?

RICHARD: Tom, you often can’t vent into a chimney because the higher the efficiency, all that’s left in the flue is water and a little bit of temperature. So they often had to be vented directly through its own pipe to outside, because you just can’t go into a chimney; it would sweat too much.

LESLIE: Is that because they would have that clay liner and then you need the steel liner or is it …?

RICHARD: Well, one of the things about efficiency is I’m trying to extract as much heat out of the fuel that I’m burning and put it into usable heat into the house. And that means there’s less temperature in the vent that’s going to go up the chimney.

RICHARD: You know, a fireplace has draft because there’s plenty of temperature and it pulls all the flue products out. But modern, high-efficiency equipment has to be vented individually, not into the chimney.

TOM: Great point. Richard Trethewey from TV’s This Old House, thanks so much for stopping by The Money Pit.

For more great tips on how to maintain your heating system, visit ThisOldHouse.com.