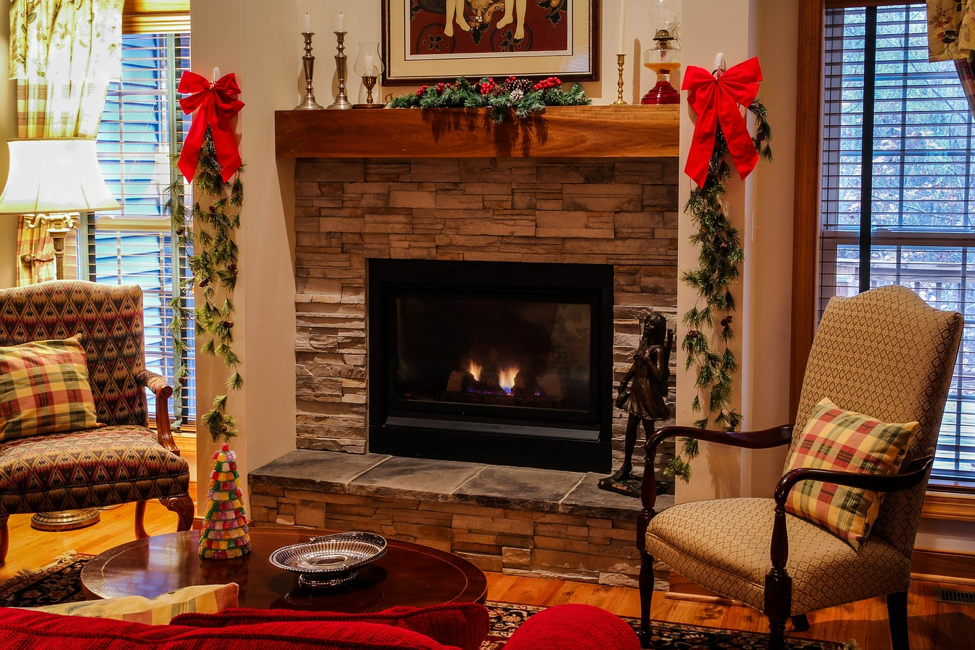 Home » The Perks of Fireplace Inserts

LESLIE: Well, a wood-burning fireplace delivers a natural heat, a beautiful, crackling glow that you really can’t replace. But while that warm glow may feel good, they’re actually not really very efficient and are a lot of work to feed and maintain. 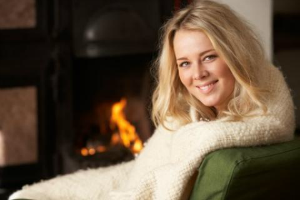 TOM: That’s right. A better option might be to take that old wood-burning fireplace and upgrade it with an insert. This Old House plumbing-and-heating contractor Richard Trethewey is here to explain.

TOM: So, what exactly is a fireplace insert?

RICHARD: You know, an insert is basically a fireproof box that’s surrounded by steel or cast-iron and then fronted by insulated glass. It creates a closed-combustion system. The steel or cast-iron helps to trap the heat. And some inserts actually have a blower that pushes the hot air back into the room through front vents.

TOM: So does that improve the efficiency over a standard fireplace?

RICHARD: Absolutely. Most people don’t realize that regular wood fireplaces actually do very, very little to heat up a room. In fact, they typically pull warm air from inside the house and send it right up the chimney. You sit in front of that fire and for the first little bit, you’re getting plenty of heat.

RICHARD: But as soon as that draft is going up that chimney, all of a sudden you realize that – “Wait a minute. I’m pulling more air out of that building – because I’ve increased that uplift in the chimney – than I’m ever getting out of the fireplace.”

TOM: And you’re burning all kinds of different fuels and there’s all kinds of off-gases occurring as a result of that process.

LESLIE: So, now, Richard, when it comes to a gas-fireplace insert, obviously, there has to be a lot of mechanics, if you will, installed to your existing wood-burning fireplace to make this function with a gas-burning insert.

RICHARD: Yeah. It’s not as complicated as you’d think. It’s a unit that slides right into the opening: that standard opening that you see on the fireplace, where it used to have the wood – the grates for the wood. And then it seals tight. And now, what you have to do is you have to find a way to get air from outside into the combustion area.

Now, that’s done a couple of different ways. One would be to cut a hole and drill up through the floor to bring some air from outside, right into the bottom of the firebox. But most often, with the gas units, it’s actually a pipe within a pipe. So up inside the existing chimney, you fish a 6-inch pipe and then a 4-inch pipe inside it or a 5 and 3, depending on how big the fireplace is. And now the exhaust products go up through the smaller inner pipe and then the combustion air is pulled in down through the outer, larger pipe.

LESLIE: But what about the gas line?

RICHARD: Absolutely. I don’t want to overlook those because people still love a wood fire, the way that that flame comes off the wood and the way it crackles. It’s mesmerizing. But what you can do is if you do the wood fire – the wood insert, now you get all the best of both worlds: you get the wood fire, you get the air from outside but you don’t lose that heat up the chimney. So you can leave that fire and let it run down and not worry about the entire house emptying out of its heat.

LESLIE: Will it utilize the existing flue or do you have to vent it differently?

RICHARD: No, it could use – utilize the existing flue because you’re going to go there – with that case, Leslie, you have to make sure that you find a way to get air for combustion to come in. So you generally have to drill or find some hole in the bottom of the fire hearth. You have to find a way to have a duct to go down and then to outside so air can come in and stay inside that sealed – yeah, sealed space, yes.

TOM: And speaking of efficiency, what about pellet inserts? There are pellet stoves.

TOM: They also have pellet inserts. Are they …?

TOM: And that’s a pellet is? It’s basically ground-up sawdust?

RICHARD: Yeah. Our franchise is based up here in New England, so we’ve got Maine and New Hampshire filled with woods. We’ve got plenty of forest where there’s an issue with what to do with this byproduct. And pellets have – people that have them love them. And they’re not – they don’t have the same look as a wood fire. But their efficiency – the fact that you can meter, also, your fuel use, meaning you can put it in – when you light up a fire with five logs, you’ve got to wait for those five logs to burn down. With pellets, what they like so much is two things: one is you can meter it so beautifully and the other is how little ash you have from a pellet.

TOM: So when you say “meter it,” you mean the speed with which you sort of feed the pellets in, right?

RICHARD: Correct. Right. You always have that issue when you have a wood fire. “Do I put another two logs on or am I going to bed within an hour?”

RICHARD: With a pellet stove, it’s really like having a solid version of oil or gas where you can put in just what you need. And then as soon as you stop feeding it, it will die down ever so slightly in a much more controlled way.

TOM: Sounds like it’s almost like having a thermostat: the faster I feed it, the hotter it’s going to get.

RICHARD: That’s right. Right. Right. There’s a lot of potential on the horizon with this use of sort of the wood byproducts to burn renewable …

LESLIE: Yeah. And a lot of people – we were getting calls, for a while, from the Montana area about people using pellet stoves as their primary heat source.

RICHARD: Yeah, yeah, yeah. There’s an interesting group up in Maine and New Hampshire that really has the dream to have a delivery method to houses, just like the old days. The ice man came and the oil guy came that have a chute on the side of your house and you would come and the pellets would be dumped right in. And then – and really, if you don’t have to travel that material too far, it actually has some real potential.

TOM: Now, let’s talk, finally, about chimney cleaning and cleaning these vents. Has it become more complicated because now you’ve kind of blocked off the front of the fireplace?

RICHARD: Yeah. I mean they – generally, these fireplace inserts can disconnect pretty straightforward. Just as it assembled pretty easily, you can break it apart and pull it out.

LESLIE: Yeah. But you don’t want to be doing that every time you clean it.

RICHARD: The fact is you should – no, I know that. But the gas ones don’t need a lot of cleaning. So the gas fireplaces – it’s only when you have wood products and particularly with conventional wood, where the creosote is rich. The pellet fire is much cleaner; you don’t have as much creosote, so your need to clean the chimney is reduced slightly.

TOM: Wow. Great advice. Richard Trethewey, the plumbing-and-heating contractor on TV’s This Old House, I think a lot of folks are going to be looking at these inserts this coming winter season. Thank you so much for stopping by The Money Pit.

Does a Fireplace Increase Home Insurance?

Burning Wood: How to Get the Most out of Your Wood Stove or FireplaceWood Fireplace

Relocate a Thermostat Away from Fireplace

When a Fireplace Smokes Indoors