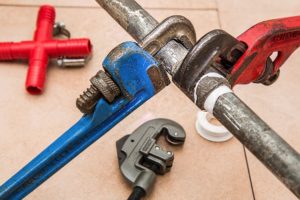 LESLIE: Mark in Arizona is dealing with an odor at his place of business. What can we help you with?

MARK: Well, we’ve owned the business for 11 years and the whole time we’ve owned the business – [the building had a den] (ph) – has always had a smell only in the summertime, never in the winter, and it’s always been like a sewer smell; like you would smell – like that smell that would come out of those vent pipes that come out of your house.
TOM: Right.
MARK: And I tried – like there’s two of them in the – there’s two bathrooms, so there’s two vent pipes going up and out of the building and I tried extending but it’s only on one side of the building we have the smell. So I tried extending that pipe, thinking because it was coming over – the wind coming over the building was blowing it into the air conditioner unit and putting it inside the building.
TOM: Right.
MARK: But that didn’t work. And I was wondering maybe if there was something that could be done to – you know, that would make that smell go away.
TOM: Generally speaking, when you have a sewage odor issue, there’s a problem with a trap. And the trap is the curved part of the pipe that basically holds water inside of it so it won’t let …
LESLIE: (overlapping voices) To stop those sewage gases from coming out.
TOM: To stop the gases from leaking back out. Now, do you have any kinds of showers or anything of that – or is it just – what’s in the bathroom itself?
MARK: It’s just a sink and a toilet (inaudible at 0:21:38.4).
TOM: Sink and a toilet? I wonder if you’ve got a broken vent pipe somewhere in the wall. Can you see the vent pipe all the way up and out, the way you’re building this design?
MARK: You can see some of it. I don’t know if you can see all of it. I tried looking at that a year or so ago and we tried different things and we just never can resolve it. And it’s only in the summertime, it’s never in the winter; which is strange. It gets really hot here.
TOM: Right.
MARK: Like 120 degrees hot.
TOM: Right.
MARK: So I’m thinking it has something to do with that, obviously; because versus the winter you never get it. So …
TOM: Right. Well, here’s what you might want to think about doing. You could have a pipe inspection done. And the folks that are – that usually do the drain cleaning, like Roto-Rooter and that sort of thing, they have drain cameras that can actually run through these pipes …
LESLIE: So you don’t have to disrupt anything.
TOM: Yeah, without doing any demolition and try to figure out where this disconnect is because, obviously, that’s what’s going on. The trap is either improperly constructed – it’s too shallow; it gets warm; the air dries out; something of that nature – but if it’s happening inside the building cavity, that might be a good way to identify it without doing any demolition.
MARK: Alright, thank you.
TOM: Thanks so much for calling us at 888-MONEY-PIT.
GeneralPlumbingPodcasts Your Calls, Our Answers Podcast

Before You Fire Up the Heat — Do THIS to Make Sure its Safe!

Get Rid of Washing Machine Odor

How to Fix a Bathroom that Vents to the Attic

Eliminate Musty Odor in the Home

Get Rid of Odor from Toilet Vent Pipe