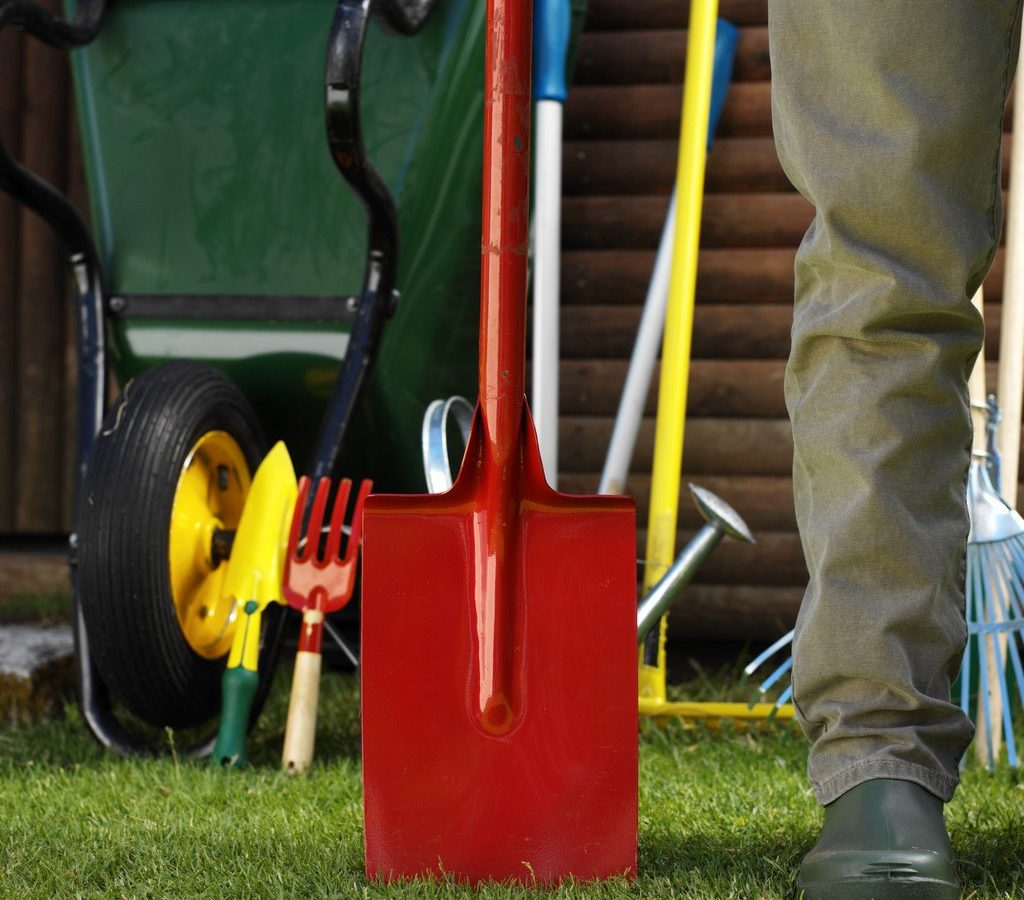 How to Choose the Best Tools for Digging

Home » Home Page » How to Choose the Best Tools for Digging

How to Choose the Best Tools for Digging

LESLIE: So, what could be more simple than digging a hole? You just pick up your shovel and get right to it, right?

TOM: Well, as it turns out, Leslie, all shovels are not created equal. And having the right shovel will make the job much quicker and easier. Here to tell us what to look for is a guy who’s used a lot of shovels in his career: This Old House landscaping expert Roger Cook. 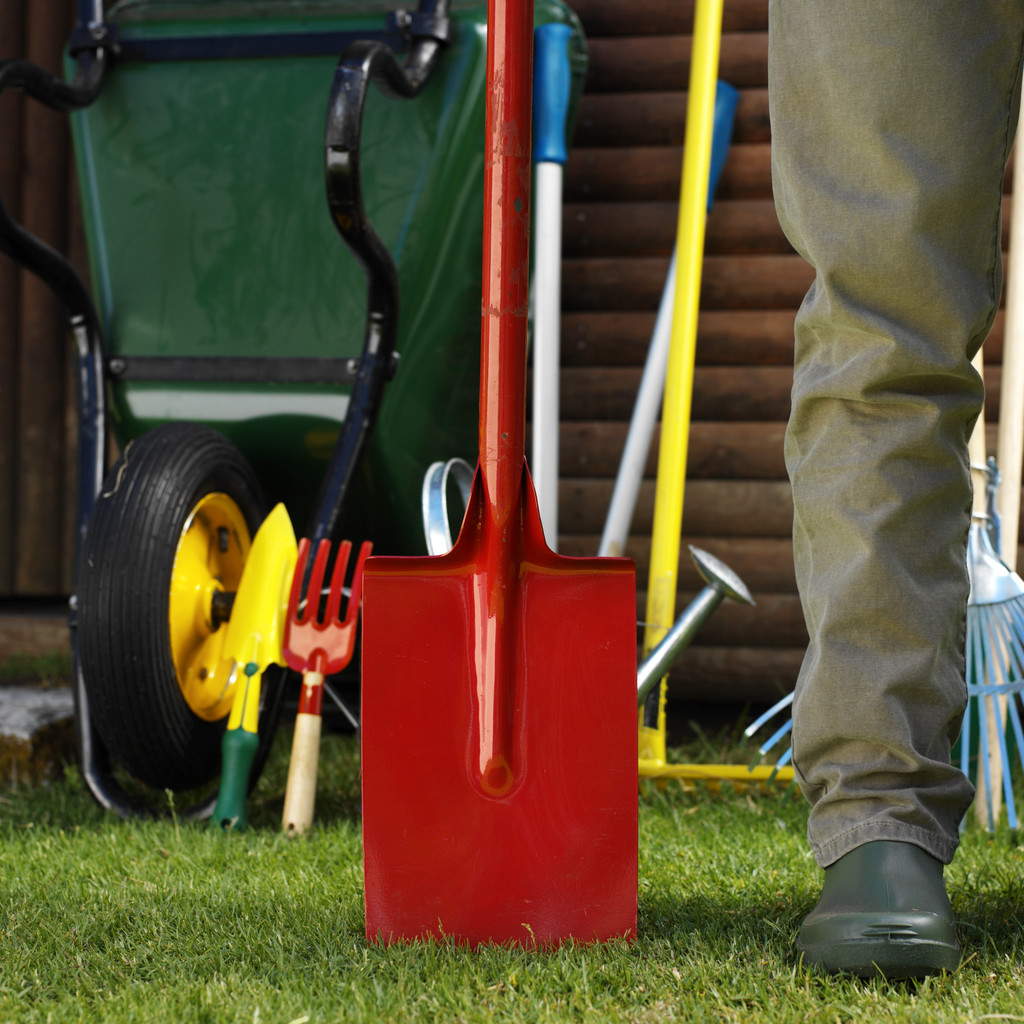 ROGER: Hey, thanks. Yeah, I’ve done a lot of shoveling, people tell me.

TOM: Yeah, you sure have.

TOM: So let’s start with the classic sort of wooden-handled shovel that everyone probably has in their garage. Is that a good digging tool?

ROGER: To a point.

ROGER: There’s nothing like the classic wood shovel and the feel of it in your hands. But it can be really limited in what you can use it to do.

TOM: Well, you, as a professional landscaping contractor, will use your shovel for more than just digging. You might use it, for example, to pry out a boulder or a stone or a rock or a root that’s below grade. A wood shovel could crack pretty easily.

ROGER: Right, right. The homeowner will do the same thing. Rather than put down a shovel and go get a bar or another tool, we figure we can just pop it out, right?

ROGER: Well, with a wood shovel, sometimes you’re left with two pieces of shovel and the rock’s still in the ground. That’s why we switch over to tools with fiberglass handles.

ROGER: Really, really strong. The guys can pry pretty much anything out of the ground. And I don’t run out of shovels breaking, so …

LESLIE: Yeah. But I feel like that’s just an option for a handle. There’s got to be a lot of options for when it comes to actually the business end of the shovel, true?

ROGER: That’s true. You know, we have trenching shovels, we have transplanting shovels, we have square shovels, which we use for cleaning up. Every little bit of landscaping has its own personal type of shovel. And the thing to do is to find one that can be a multitasker, rather than go out and buy six or eight different shovels.

TOM: Now, it would seem to me that the most important part of shovel construction is the connection point between the handle and the business end of the shovel itself, right?

ROGER: Right. And with a lot of them, especially the wood ones, there’s a single dowel going through, which holds the steel to the handle. And a lot of times, that fails. The ones – the fiberglass ones seem to have a really great connection and we have not had a problem with the heads coming off a handle.

LESLIE: Alright. So you’ve got the right shovel. How do you use them correctly? I feel like I don’t hold them right. I feel like I end up hurting myself more than actually successfully digging a hole.

TOM: Yeah, yeah. You very often see people trying to jam that shovel in or they’ll lift it up high and almost strike the soil with it. And then they miss.

ROGER: Mm-hmm. It’s not an aggressive move. In the real world, it’s like a dance and you’re moving around with the shovel. You’re not beating it against the ground.

TOM: And if you miss, it’s not pretty.

ROGER: There you go.

TOM: So use the – use your foot to actually apply the pressure to get that shovel in the ground.

ROGER: Right. And again, you’ll get a feel for what you’re digging and how you have to maneuver around certain areas. Sometimes, a rock isn’t accessible from one side but when you clear the other side, it just pops right out of the ground.

TOM: Well, speaking of rocks, what if it doesn’t pop out of the ground? How would you tackle a project like that? When do you put the shovel down and get, say, a more serious digging or prying tool?

ROGER: I drive right in back on my Bobcat and pop that puppy out.

ROGER: We don’t all have Bobcats.

TOM: Exactly. They don’t own Bobcats.

ROGER: Yeah. But that’s where a steel bar comes into play that you can really use them to dig around it, to wedge it, to move it without injuring the shovel or injuring yourself.

LESLIE: So now you’ve probably gone and spent a good amount of money on the right tool for the job. You’ve got a great shovel. You’ve used it all spring and summer but now we’re getting into the fall season and winter. What do you have to do to make sure that you’re maintaining them or caring for them so that they’ll be ready again come the next spring season?

ROGER: Well, the biggest thing is to clean them up. Get everything off the business end of the shovel and maybe spray it down with a lubricant, like WD-40 or something. And then hang them up someplace where you can find them when you need them in the spring and not behind nine million other things. Because you know you’re going to need those and have them ready to go.

TOM: And when you see that empty hook in your shed, you have to remember who you loaned that shovel to.

ROGER: Yeah. Go over to your neighbor’s house and borrow it back because …

TOM: Exactly. Roger Cook, great advice as always. Thank you so much for stopping by The Money Pit.

Stump Removal: 4 Ways to Get Rid of Tree Stumps

Outdoor Low-voltage Lighting – How to Install

Why Do Dogs Dig Holes and How to Stop Them

Buying Rugs? How to Choose the Right One!