Home » Home Security Systems: Are They Worth the Cost? 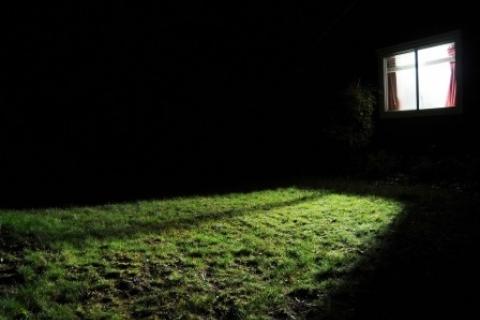 TOM: Definitely. But is this something that you should invest in or just another nifty gadget that you’ll grow tired of? Here to weigh the options is the host of TV’s This Old House, Kevin O’Connor.

TOM: You know, with all the different sort of tiers of protection that are available, how much security do you really get for your money these days?

KEVIN: Well, you know what? I mean cost is a big factor and there are a couple things to think about.

First of all, I think you get what you pay for, right? So the cost of alarm systems range from next to nothing for just the basic components and maybe a monthly monitoring contract, to several thousand dollars for a more advanced system. And ultimately, your cost is going to depend on the features that you include in the system and also, I guess, the level of service that you choose.

TOM: And there’s a lot of features available. You’ve got video surveillance, carbon-monoxide detection, all kinds of options today.

KEVIN: And if you start layering them on, you’re going to pay for more of those options.

So, the best advice: do your research and try to avoid any surprise costs. Sometimes there are surprise costs that are associated with setup or activation fees, that maybe you weren’t aware of, that can catch you off-guard. So read the fine print and just try to push past all the flashy marketing material and really focus in on the details.

LESLIE: Yeah, I think that’s a good point. Because a lot of times, they sort of reel you in with “Oh, it’s free to install. Sure, we’ll freely install a $3,000 security system but by the way, you have to sort of sign up for this annual monitoring, which is $700.”

KEVIN: Right. And that changes the equation completely.

KEVIN: Well, alright. So the basics are they come with a combination of, say, motion detectors or door-and-window contacts that connect back to a home device with at least one keypad. And so when the system is armed and active, those sensors – whether it’s the motion sensor or the contacts on doors and windows – they will trigger an on-site alarm.

Now, if that alarm isn’t immediately disarmed by punching the correct code in the keypad – so you’ve walked through the door and you know what the code is, you punch it in there and shut it down.

KEVIN: If you don’t do that, the security company’s monitoring center is notified and then they’ll, in turn, call you and the police if they don’t get through to you.

LESLIE: We had – we were doing some plumbing repair work in the house and I could have sworn, in my mind, but chalk it up to pregnancy brain at the time – I thought I called the alarm-monitoring company and said, “Hey, there’s going to be soldering. Put the fire alarm in test mode for the day, so you don’t – if it goes off, don’t call anybody.” And I guess I didn’t and they’re soldering, literally, like 3 feet away from the smoke detector. And it’s the time that I ran into the store and decided that the phone could just stay in the car.

And they’re calling me, they call my mom, they call my husband, they call my sister and everybody is like, “The house is on fire.” Fire department shows up. The plumber said that they were just short of kicking down the front door when they were like, “No, everything’s fine.” Banana breads will be delivered to the Garden City Fire Department, I’m going to tell you that much.

KEVIN: And now here’s something I never thought of. Who do you put on the list? Your friends or the people you don’t like? Who do you want to get the call?

LESLIE: Well, it’s apparently the person who knows the code and can get in there or verify that – your whereabouts.

TOM: But that’s a good point. There are false alarms but that doesn’t change the equation in terms of the value of these systems. We talked about all of the options. Certainly, smoke and fire and the security is one side of it. But carbon-monoxide detectors, having that centrally monitored, is a good idea. They have flood detectors so that if your basement floods, for example, and you’re away – you get pipes that break, those sorts of things – they could be very worthwhile additions to add.

KEVIN: Boy, if you’ve got a second home and you’re not there all the time and you want to know if the heat goes out, you’re going to want to get that call so that you can make some changes or stop something tragic from happening.

But you also – if you’re thinking about it from just a cost perspective, you can – these things can help you out. First of all, they could be a good deterrent, right? There are studies out there that say just the presence of a security system can decrease crime. But also, you might save money on your homeowners insurance.

LESLIE: You know, we saved, I think, close to $300 annually by adding in the alarm system.

KEVIN: Right, right. And you get peace of mind.

TOM: We’re talking to Kevin O’Connor, the host of TV’s This Old House, about alarm systems and whether these security systems are truly worth it.

Kevin, besides the security system, there are other things that you can do to sort of reduce the risk that you’re going to be burglarized, for example. Let’s talk a bit about those.

KEVIN: Well, there are other things that you can do and they don’t cost you that much, right? So a well-lit home on the inside, but especially on the outside, is going to help a lot. Believe it or not, keeping things like shrubs and landscaping trimmed can help.

We put a garden in once. Roger Cook was working on it and he took the high shrubs away from the windows and he called it a “burglar-proof garden.” But you can imagine. You can’t stand behind these tall arborvitaes and go through a window without the neighbor seeing, so there’s no obstruction to those types of things.

Locking the doors and windows obviously helps. And don’t leave burglar-y tools laying around. So don’t leave a ladder out there during a renovation that someone can easily access and get up through a window.

TOM: Yeah, I interviewed a crime-prevention officer once and he was telling me how frequently burglars will go to the shed first to find out what’s kind of there that they could use: the ladders and the shovels and other things that they can use to actually do damage and break into your house. So those …

LESLIE: I also like to leave a note of thank-you pads there so they can write me a thank-you note like, “Thank you for leaving me the tools to break into your home.”

KEVIN: It’s kind of a sad state of affairs when the burglars don’t even bring their own equipment.

TOM: But regardless, we do want to keep them out and your advice has helped. Kevin O’Connor, the host of TV’s This Old House, thanks so much for being a part of The Money Pit.

KEVIN: Pleasure to be here.

Are Home Security Camera Systems Worth the Cost?

Enter to Win a Deep Sentinel Home Security System in our $3,900 Safe at Home Sweepstakes!

Official Rules for The Money Pit’s $3,900 Safe at Home Sweepstakes with Deep Sentinel