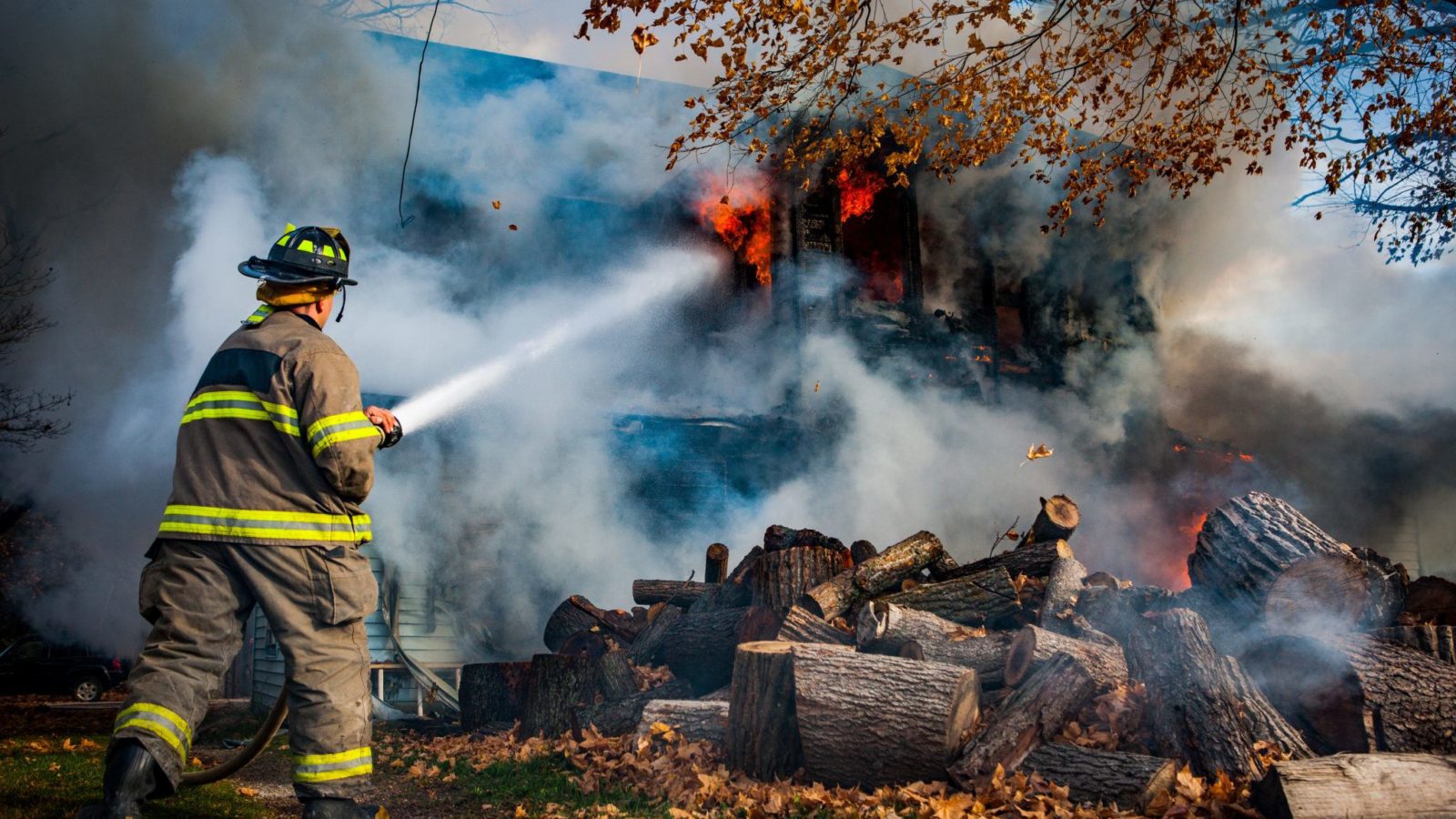 LESLIE: Well, today, better home design, fire-resistant materials, up-to-date electrical systems are all helping to reduce the risk of fires in homes. In fact, in the last three decades, the number of residential fires each year has declined by half.

TOM: And that’s good news. But the truth is fire risk always goes up in the winter, which makes now a great time to dial in fire-protection advances for your home. With us to talk about that is Kevin O’Connor, the host of TV’s This Old House.

TOM: So, it’s good news that fires and fire deaths are on the decline. And a good warning system, though, can make sure those stats keep decreasing, right?

KEVIN: Yeah. I mean let’s keep them going down as low as they possibly can go. And so, to do that, there’s a couple things to probably keep in mind.

First of all, the statistics show that about a quarter of all the fires in a house start during sleeping hours. And so, that is critical that you have a system that will wake you up so that you can actually get out of the house.

And to make sure that you’ve got a proper system, there’s a couple things you want to think about: what type of smoke alarm are you going to choose and the location and number of those smoke alarms.

KEVIN: There are. There’s an ionization smoke alarm, which generally is triggered in response to flaming fires. And then there is a photoelectric smoke alarm. And that is generally triggered by smoke or smoldering fires. And if you think about it, those are two very different events, right?

KEVIN: The couch that smolders for an hour or so and fills the house with noxious fumes can be just as deadly as the flash fire that happens in two or three minutes. And so the tip here is that you really should be protected by both technologies. And you can do that two ways: you can install both technologies, where you have one ionized smoke alarm next to a photoelectric smoke alarm, or you can install a combination unit that actually has both of those technologies built into one smoke alarm.

TOM: Now, that’s smart. Because this way you’re covered no matter what happens.

TOM: Now, where do these detectors have to go and how many of them do you actually need?

KEVIN: Well, so, it varies by state and by code. But the good rule of thumb – and the national code suggests this: that you have at least one per every floor of the house. So one on the first floor, one on the second floor. Put one down in the basement, as well as one up in the attic if you have that. And then you want to put one for every bedroom that you have. Because, again, you want these things to wake you up if you are sleeping.

LESLIE: Mm-hmm. Now, I think it’s interesting. Our fire-alarm system in the house is hooked up through the alarm company, through the monitoring system. And for something that’s hard-wired into our home system, why is it so darn close to the oven in the kitchen? And not to blame the cook here, which is me, but how many times am I browning something or making pancakes does the fire alarm go off? And I’m answering the phone with the code.

LESLIE: “I started cooking again. Won’t do it.”

KEVIN: I guess in that case, the safe answer is better safe than sorry, right?

KEVIN: Better to have an alarm than not. But I understand that a nuisance alarm is a big problem. Because what you don’t want people to do is be so annoyed by these things that they disconnect them or turn the circuit off.

LESLIE: That they disconnect them.

KEVIN: Because then you’re not protected at all.

LESLIE: I don’t know what you’re talking about.

KEVIN: And it will automatically go back on after 10 minutes.

TOM: Now, if you’re Leslie, you really don’t have to test your smoke detectors because she’s just doing that all the time. But for the rest of us, how frequently should we be testing these?

KEVIN: Well, there’s two things you want to think about. You want to test them to make sure that they’re working probably once a month. These are critical life-support systems for your house. They are always on and you rely on them to come on to get you out of that house. So test them once a month.

TOM: Yeah, that’s a great point. Because they’re not just on when they’re alarming; they’re on and sampling the air 24/7.

KEVIN: No. Absolutely. They’re always being asked to do something, even if you don’t see or hear them.

LESLIE: And Kevin, speaking of not hearing them, I know that there’s been some studies done that show that for some odd reason, children, when they’re sleeping, they don’t hear that frequency of the smoke alarm. So a lot of the advances have been changing to make it so that these fire alarms or these smoke alarms will do a better job of waking the children. But you should probably go over with your kids, should they be the ones to hear it and you don’t, what they should do in the event of it.

KEVIN: Well, you’re right. I mean the research has borne that out that some people don’t wake up to these things, so they are changing them. There are even some now that have voice alerts. Sometimes we’re not responding to the piercing sound, which is kind of hard to believe.

KEVIN: But believe it or not, people sleep through it. So some of these now have voice alerts, which say “fire” and “alarm,” so that’s the first thing to think about. And then your idea about a plan is a great idea. Whoever hears it, they should know what to do about waking other people up and where they’re going to go to get out of that house as quickly as possible.

TOM: Good advice. Kevin O’Connor from TV’s This Old House, thank you so much for stopping by The Money Pit and helping keeping all of us safe.

KEVIN: My pleasure. Thank you.