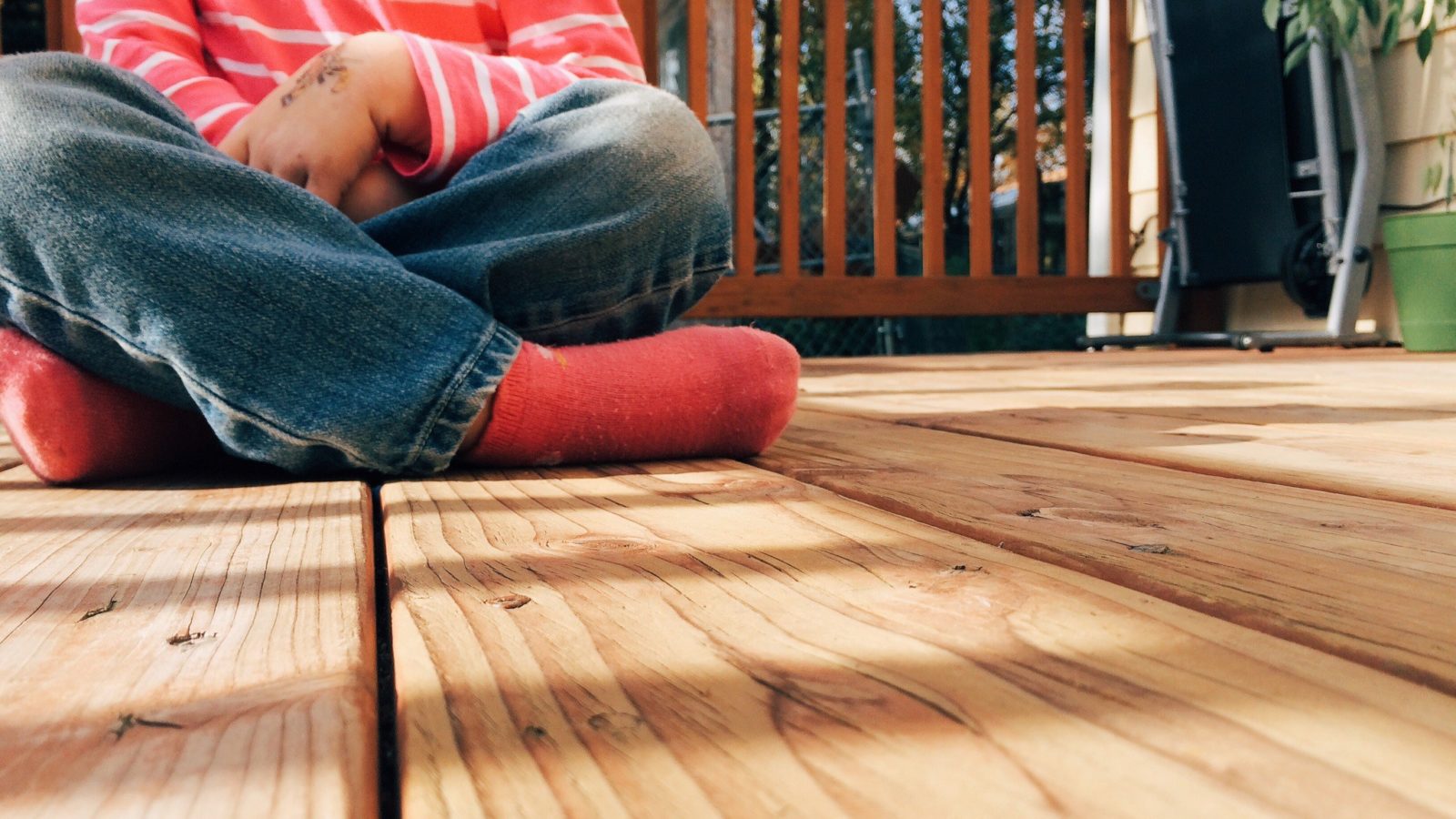 5 Signs Your Deck’s Ready to Collapse

5 Signs Your Deck’s Ready to Collapse

LESLIE: Well, just last summer, a deck collapse injured two dozen people at a beachfront home in North Carolina. That collapse made national headlines but unfortunately, deck collapses seem to be not all that uncommon.

TOM: Yeah. And especially in warm weather when you have a hundred of your closest, personal friends gathered on your second-story deck having a great party, right? Well, the truth is that decks are only as strong as their fasteners and foundations, which is why checking them out ahead of said party – and really, all year long – is an important preventative maintenance step. 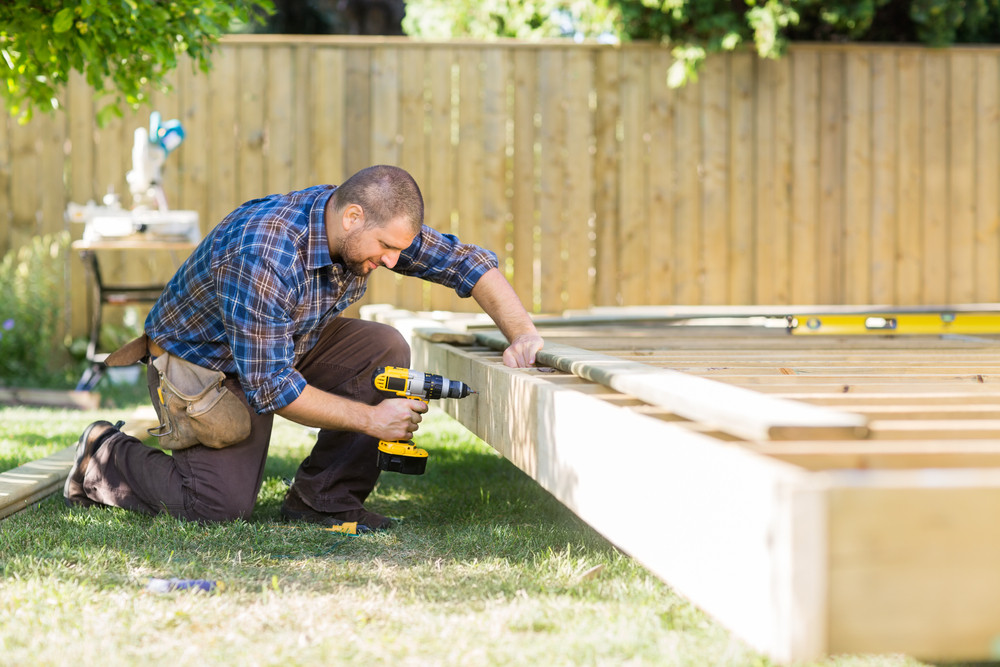 Here to tell us how to do just that is This Old House general contractor Tom Silva.

TOM SILVA: Oh, thanks, guys. Nice to be here.

TOM: Now, in this case, they had fasteners that were deteriorated by years of exposure to sand and salt that just couldn’t take the weight of the group. But at the root problem, why are decks collapsing and with such frequency at places like this?

TOM SILVA: I think the real reason is some of the connections are loose, they’re not paying – using the right fasteners to fasten the hangers to the ledgers, they’re not using the correct fasteners to attach the joist to the ledgers. People don’t think about the way that the deck can lean and pull away from the house and that’s usually what happens. But it also happens where the base of some of the posts – the support posts – are rotting. They may not be connected correctly to the footing or the footing may not be the right size for the deck.

TOM: So, dozens of ways that this can happen. Let’s talk about some you just mentioned. Loose connections. We’re talking about railings, for example?

TOM SILVA: Railings. If you walk up to the railing and you can wiggle it, you’ve got to get that really tightened up.

TOM SILVA: The other thing is if you walk on a deck and it has a lot of bounce to it and it’s just you and you have somebody standing there, say, “Can you feel this bounce?” If you could feel that bounce, something’s got to get stiffened up.

LESLIE: Well, I think it’s important. I think decks really seem like a do-it-yourself project. It’s outside your house, it’s recreational, so I think a lot of people might overconfidently tackle a project like this.

LESLIE: And I bet there’s opportunities where people aren’t putting in the right connections where there should be some. I mean how do you know if you have the right amount of support?

TOM SILVA: Well, the building code specifies there are certain connections from the base of the footing to the post, from the post to the beam, to the beam to the joist, to the joist to the headers, from the headers to the ledger and from the joist through into the sill. And if you go online and build up your – get your building-code book out, it’ll actually tell you what kind of connecters you need. And Simpson Strong-Ties makes a tie for just about anything that you need.

LESLIE: Oh, for sure. That’s the best book to look at and it’s the funnest aisle at the home center.

TOM: Yeah. And that’s a good point because corrosion is another thing to check for. If you’ve got rusty fasteners, rusty hangers, rusty hardware anywhere, that’s just an accident waiting to happen.

TOM SILVA: I have seen deck hangers installed with roofing nails to hold the hangers into the system and it’s just not correct. You have to use the right nail, the right screw.

TOM: So we talked about loose connections, missing connections and corrosion. How about just good, old-fashioned rot?

TOM SILVA: Yeah, wood rot. We actually did a segment on Ask This Old House on how to replace a rotted post on the deck. The base was rotted and the reason it was rotted – because, again, the tie that made the connection from the top of the masonry to the underside of the post was incorrect. You have to get that base up off of the masonry so that the air can get under it and keep it dry.

TOM: Now one of my favorite tools for finding rot, as well as wood-destroying insects in an inspection, is simply a screwdriver. Good idea to sort of tap around in all that lumber and make sure it’s still solid?

LESLIE: So while you’re, I guess, underneath your deck looking at things, should you be also looking for cracks? Would a simple crack in a piece of lumber be enough to make things deteriorate?

TOM SILVA: Not always. Sometimes, the crack is called a “check” and a check doesn’t weaken it; it’s just the way that the lumber reacts. But you’ve got to watch out for a crack that really runs the wrong way. If it’s near a knot – if there’s a lot of knots in the lumber, you cut cost by – on the quality of the material, you’re trying to save a few bucks. But I look for the connections, I look for the span, the size of the joist and the lack of bridging or bracing between the joist to cut the span. Because all of those things add to the structural integrity of the deck.

TOM: So the key here is if you’re building a new deck, you’ve got to do it right. If you own a house that has a deck, perhaps you did not build it. But even if you’re renting it, heck, it’s a good idea to do at least a cursory deck safety inspection to make sure everything looks strong before you have that big summer party.

Tom Silva from This Old House, thank you so much for stopping by The Money Pit. Great advice.

LESLIE: Alright. You can catch the current season of This Old House and Ask This Old House on PBS. For your local listings and step-by-step videos of many common home improvement projects, visit ThisOldHouse.com.

Wood Deck: How to Repair, Restore, Stain and Refinish

Give Your Deck a Makeover