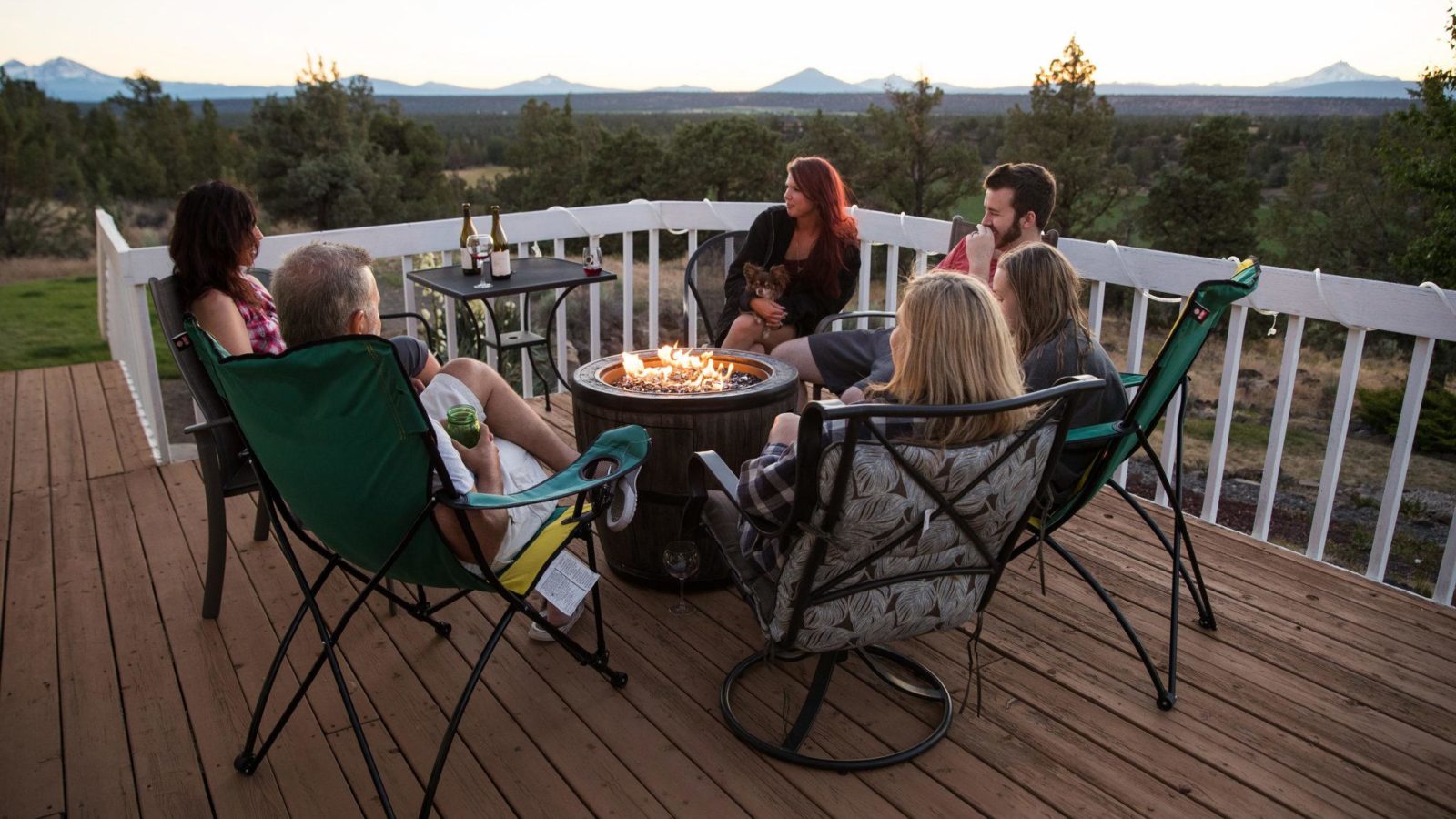 How to Do a Deck Safety Check

How to Do a Deck Safety Check

LESLIE: Well, the weather is getting nicer and soon you’ll be spending more and more time on your deck. But before you get ready for your next season of outdoor living, it’s important to make sure that the deck is in good shape.

TOM: Well, that’s right. Now, we’ve all heard the horror stories of deck collapses and a good checkup will tell you if you’ve got anything to worry about. Here to tell us how to do just that is our favorite contractor, Tom Silva, the general contractor for TV’s This Old House.

TOM: Nice to have you here, as well.

Let’s talk about deck safety. Every summer, it seems that we hear the same story: it’s a party, somebody has invited over 40 or 50 of their closest personal friends and a tragedy ensues. How do we make sure that doesn’t happen to us?

TOM SILVA: It’s how true: 40 or 50 of your closest friends; see how much weight is put onto that deck.

TOM SILVA: And if it’s not built structurally strong, it can collapse no matter what. But what you want to look for are signs of rot. And I always look at – first of all, you look at the decking itself. That’s usually a sign, because a lot of people aren’t going to get under that deck to find out about the structure.

TOM SILVA: That’s a sign right there. And then you’ve got to start looking at how it’s connected to the house. There’s a ledger board that the joists are connecting to the house. What’s the condition of that? Usually a sign is at the top edge, where it meets the deck. You may have some rot in there that you’ve got to look out for. Take a screwdriver and hit it, poke it, just like you’re looking for a rotted sill on a house.

TOM: Now, that’s a good point. A screwdriver really can be one of your best rot-detecting tools.

LESLIE: Probing tools, if you will?

TOM SILVA: You should know, yeah.

TOM: All the years I spent as a home inspector, I used to wear the tips off of those screwdrivers, because it really does tell you whether the wood is good or not.

TOM: Because it can look perfectly fine from the outside.

TOM SILVA: Right. Very deceiving, especially if someone has put a coat of paint on it or a stain or whatever, it can hide it.

But also, look at your supports where they are connected at the bases. A lot of time, they’ll rot in the center. If there’s a bolt or a fastener that runs up the middle, there’s no protection there. And if the deck isn’t a good, pressure-treated material or it’s just regular, conventional lumber that hasn’t been sealed, you’ve got a short life.

TOM: Now, the flashing is also real important because that’s what separates the water from the wood, correct?

TOM SILVA: The water from the wood and also the house connection. It keeps that connection nice and clean. Because if water is going to get in between that flashing and the ledger, you’re going to rot the ledger but you’re also going to rot the house. And you’re not going to see that from the outside, so you’ve got to be – make sure that the flashing is really solid.

LESLIE: Now, when you’re inspecting that ledger point, can you actually see the flashing there or is it so encased behind it that it’s anybody’s guess if it exists?

TOM SILVA: It depends on what type of flashing they used and how they sealed the flashing. Lots of times, people will use an aluminum flashing on a piece of pressure-treated wood and that’s going to rot anyways on its own. And then they put nails through the flashing, so you’ve just defeated the purpose of the flashing. So you’ve got to really look and inspect it and hope – poking around with that screwdriver will really solve a lot of problems right up around there.

TOM SILVA: Absolutely. Look at the fasteners, look at the hangers, look at the connection where the posts or supports are to the, hopefully, the footings. And if you see any signs of rust at all, that’s usually a sign that there’s a problem somewhere. Maybe the wrong fasteners were used and you’ve got to look into it.

LESLIE: And what about the railings and the banisters? They really take a ton of abuse, especially if you’ve got a fairly high deck. How do you make sure that they’re maintained?

So if you check your railing, you can give it a gentle kick at the bottom to see if there’s any loose movement there. And if there is, get on it; get it fixed.

TOM: Now, speaking of railings, a lot of times we have decks that were built many years ago and the railings were actually quite low. It’s a good time to take a look at the height of those railings, as well, isn’t it?

TOM SILVA: Yeah. Historical houses. But think about it: back then, nobody fell off the deck, you know?

LESLIE: Mm-hmm. And what about the spacing? It almost seems to keep them closer together so that kids and pets can’t wiggle their way through.

TOM SILVA: That’s the idea. You don’t want a 4½-inch ball to go through the hole of that railing or the space – any space at all – because you don’t want a baby to climb through it or a dog or a pet.

TOM: Now, aside from the structure, we’re looking at the floorboards and we just find that they’re badly splintered. Do you think – a lot of folks think that because you have pressure-treated wood, it’s not going to deteriorate but that’s not true. Sun can really do a number on it. It can splinter it, it can become uncomfortable for the feet. Any quick tricks to fix those boards?

TOM SILVA: Well, you’re right; you hit it right on the head: pressure-treated wood still needs maintenance. People don’t think it does. It gets large checks in it. Lots of times, it won’t rot. Sometimes, you can get – and actually get a defective piece and it will rot.

But you should keep some stain on it. You should keep something in there protecting that wood. I don’t care if it’s pressure-treated or not; it still should have some protection on it. And if it’s too far gone, you may have to cover it with another product or basically replace it. Sometimes, you can take it, flip it over.

TOM: Great advice. Tom Silva from TV’s This Old House, thanks so much for stopping by The Money Pit. This is a really important topic and something that you really should be doing at least once a season, correct?

LESLIE: Alright. You can catch the current season of This Old House and Ask This Old House on PBS. For your local listings and a step-by-step video on deck maintenance, you can visit ThisOldHouse.com.