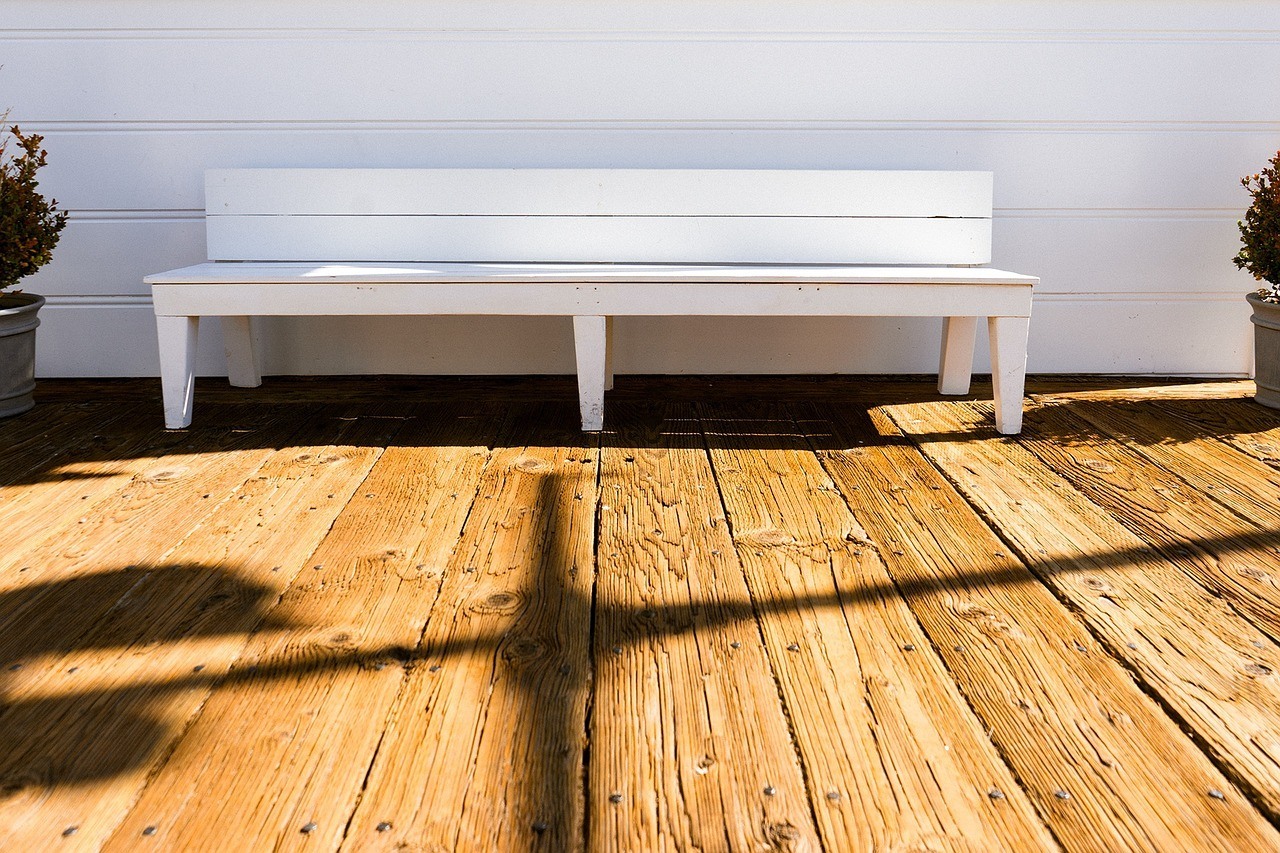 LESLIE: Now we’ve got Janet in Georgia on the line who wants help with a decking project on when to stain wood deck. What’s going on at your money pit?

JANET: I just had a deck built last month and already, some of the boards are kind of shrinking because it’s been raining on and off a little bit.

JANET: And I was wondering when it would be the best time to stain the wood. Is it that I’m staining it against the water or I’m just staining it in general?

LESLIE: OK. Do you know what material your deck was made out of?

JANET: We bought the wood at Home Depot. It was supposed to be a pretreated wood?

LESLIE: So just a pressure-treated lumber.

LESLIE: OK. So, really, what I always do with a pressure-treated lumber, just because of the fact that they inject a different type of chemical into the wood itself to make it weather-resistant – so it can be a little wet. And since you’re dealing with a high-moisture situation in your weather anyway, you might just want to give it the summer season to sort of dry out as best it can. And then in the autumn – when you’re dealing with some drier, low-humidity weather – it could be a great time to stain wood deck to put a finish on it.

Now, you do want to let it dry out. So if you’re dealing with some wet weather as you’re getting into a weekend that you want to work on the project, wait until you’ve had a good few days of dryness before you stain wood deck and you know it’s going to be dry the day you’re working, so that that wood does get a chance to dry out. And then depending on how it looks and the look that you want, I definitely wouldn’t paint it, because paint is just going to sit right on top of that lumber and then just peel off throughout the winter season and you’ll have to do something again in the spring.

JANET: Right. I really didn’t want painting, because I just like the look of the wood. And I know that there’s something that I have to do every so often. They tell me every year I’d have to stain it or something.

LESLIE: It really depends on what manufacturer’s stain that you buy. And keep in mind there’s solid-color stains and there’s semi-transparent stains. So if you want to see the grain in the wood, you’ll want to go with something more semi-transparent to stain wood deck so that you’ll actually get some color or just some natural tone. And you’ll be able to see that grain through it.

And you want to apply it just in the way that the manufacturer says. And you’re probably going to get about three years on horizontal surfaces, maybe five on vertical before you’ve got to tackle it again. Depends on how dry that lumber is on that decking when you do put the stain on.