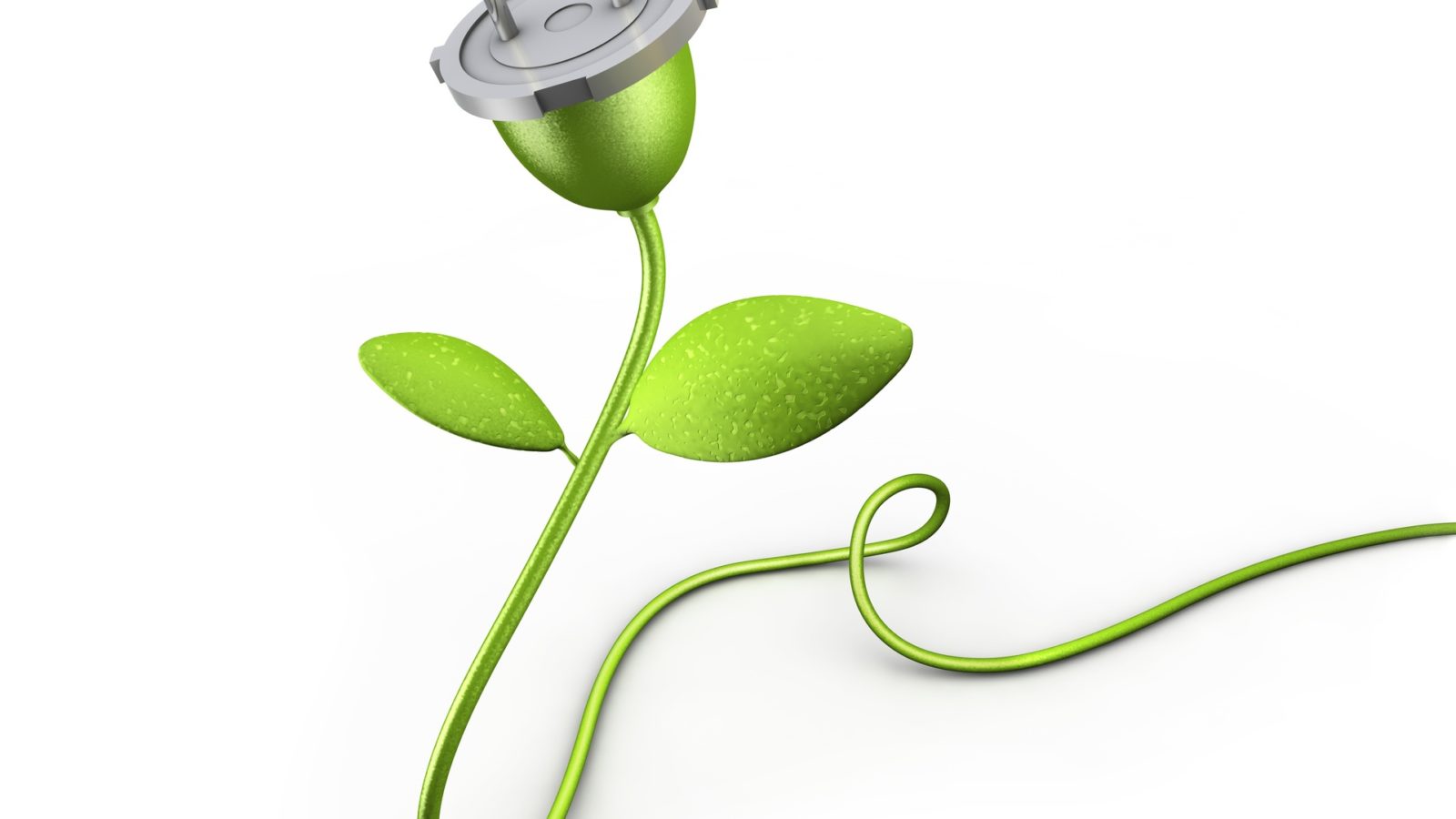 LESLIE: Well, I, for one, have never seen so much controversy and confusion over light bulbs in my lifetime. But for the first time since Edison came up with a way to light up our lives, there are big changes going on with the not-so-common light bulb, I guess. 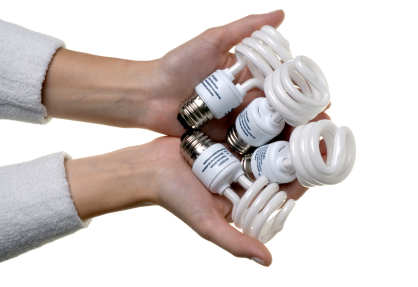 TOM: I guess so. That bulb that Edison invented – the incandescent bulb – is being phased out and most are no longer even produced. So, for homeowners who are slow to accept the change, this was a huge upset to the apple cart.

Kevin O’Connor is host of This Old House and joins us with some tips.

TOM: So, a lot of people are disappointed in this change but it’s really a move in the right direction.

KEVIN: Well, there’s nothing they can do about the change, right?

KEVIN: I mean because it’s …

KEVIN: I guess you can. But it’s going to be more and more difficult to buy an incandescent light bulb.

LESLIE: Well, I don’t have to worry about it for about five to seven years, so thank you.

KEVIN: Leslie will be selling them off the back of the pickup truck at a premium.

The good news is – and technically, the incandescent bulb hasn’t been outlawed; inefficient light bulbs have been outlawed.

KEVIN: And what that means is simply that we are requiring more of our light bulbs. We are requiring a much higher efficiency. And that’s a good thing, right? We’re going to get more light for using less electricity out of what is out there on the market today.

So, let’s talk about what’s on the market. There are a couple of choices. There is the CFL – the compact fluorescent. We all know what those are; they’ve been around long enough. They use 75-percent less electricity than a traditional incandescent and that’s a great thing.

TOM: Yeah. And they last longer, too.

KEVIN: They do last longer. They don’t last as long as the other alternative, which is the LED – the light-emitting diode – which is about as efficient as the CFL. Saves you a lot of energy compared to the incandescent but those bulbs can last a really long time.

TOM: Yeah, we could be talking 20 years.

TOM: And I think what’s interesting about that is it’s hard to believe that the bulb that you put in when your child is born may be the same bulb that you have when he or she graduates from high school.

LESLIE: You can send it to college with them.

LESLIE: “Take this bulb. It’ll get you through your freshman year.”

TOM: “You grew up with this bulb and now it’s time for you to move on with your bulb. So take your bulb and get out.”

LESLIE: “This is my security bulb. I love it.”

KEVIN: Well, maybe when you sell your house and you move, you pack up your bulbs and take them with you.

TOM: Well, they are more expensive, so it is not a bad idea.

KEVIN: No, they are more expensive and if people were trying to find a criticism of this new technology, well, that’s one of them. You can pay $2, $5, $10 for one of these bulbs whereas a simple, 40-watt incandescent can cost you, what, 25 cents, 50 cents?

KEVIN: So, they’re more expensive but the reality is is that you’re going to save money on energy and you’re not going to have to replace them that frequent.

The other great thing about the LED is that idea that the kids might take them to college. You could put these things in places that are really hard to get.

KEVIN: High ceilings. And you don’t have to change these things out on a regular basis. So that’s an added benefit to this technology.

And then, of course, there’s the halogen bulb. And there are roughly two different kinds. There’s that kind of funky-looking halogen: that really bright, white light that you might see in a mini-spot over a kitchen island.

TOM: And that’s very helpful because it fits in the same light fixtures that the old incandescent bulbs did, so there’s not any kinds of concerns about buying a light bulb that just doesn’t work.

LESLIE: And some people still use those shades that have the clip that goes right onto the bulb itself. And this will make that still work, as well.

LESLIE: I think what’s interesting, though, is whereas you would go into a home center and the light-bulb aisle was just a very small section, now it has become pretty much an educational center where you can look at almost every example that they have for sale functioning. You can turn it on, you can turn it off, you can put your hand under it, see what that light quality is.

Whereas I think my issue, when this technology first started rolling out, was I couldn’t test and see without taking it home. So, I think more folks are apt to figure this out if they’re able to see and test and look and get an idea, really, of what it does before shelling out that $10.

KEVIN: Well, I think they needed those displays, right? Because the old incandescent really – it performed exactly the same way, no matter whose bulb it was. And the only difference was: was it bright, medium-bright or kind of dim?

KEVIN: Was it 40-watt or 60-watt or 100-watt? But it’s confusing; people can get confused. When I walk down the light-bulb aisle now, it’s like when my wife tells me to buy paper towels.

KEVIN: I walk down the paper-towel aisle and I’m just like, “Why isn’t there just one paper towel?”

TOM: There’s like this look of bewilderment when you see the light-bulb aisle now.

TOM: Now, we’re talking about light bulbs. Also, we’re accustomed to determining brightness with wattage, right? Now, wattage is a measure of electricity but it’s different when it comes to these energy-efficient bulbs.

KEVIN: It is. And in fact, brightness is really measured by something called “lumens.” And here’s something that is forward progress, something that is good: all of the light bulbs, regardless of the technology, are going to be put in packages that have something that are now called “lighting facts.” And this is great because it’s a little label on the package and it’s going to tell you a couple key things.

It’s going to tell you the brightness of that bulb. It’s going to give you a sense of how much energy that bulb is going to cost you over the course of a year. It’ll tell you how long it lasts. It’ll also tell you its appearance. So it’ll show you – is it a warm bulb, a cool bulb or in between? And it’ll give you a couple other key things, like does it contain mercury or not? That label, much like a food label on a can of soup or something, is going to be on every package and it’s going to help consumers pick the bulb that they want.

LESLIE: Mm-hmm. And I think the other thing that’s made it sort of more understandable and more usable, if you will, is that the technology surrounding how you use light bulbs has sort of advanced to meet what’s going on with the bulbs.

You know, dimmers, how often were you trying to figure out – will this bulb work on a dimmer? Is it going to just come on? Is it not going to come on at all? And now, major manufacturers are creating different machinery to go along with electrical aids to help the bulbs work under every condition.

TOM: And even mixed loads, too. You can take a dimmer that’s designed for energy-efficient bulbs and you could put a CFL and a halogen and an incandescent and an LED on the same lighting circuit and have it adjusted so that everything works properly. You don’t get that sort of flickering or that fade-out.

KEVIN: But you do need to keep in mind that if you’re changing the technology of the light bulb, you might have to actually change the dimmer or the switch that you use to make sure it performs well.

KEVIN: So before you look up in your ceiling and chastise the bulb, you might want to look at the switch and figure, “Well, maybe I need a different switch so that bulb works properly.”

TOM: Good advice. Kevin O’Connor, the host of TV’s This Old House, thank you so much for stopping by The Money Pit.