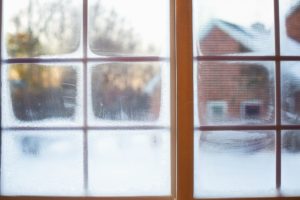 LESLIE: Well, while we all know that older homes are often built to last, they can actually be energy hogs, especially when it comes to old, drafty windows. So what’s the best way to deal with them?

TOM: Well, replacing windows may be the most tempting option but it’s also possible to restore them and reclaim at least some improvement to the energy-efficiency. Here to tell us just how to do that is a guy who knows a lot about restoring old homes: general contractor Tom Silva from TV’s This Old House.

TOM: And you know, Tommy, the old windows may be drafty but they sure do look great. Any tips on how to restore them so the energy bills don’t totally break the bank?

TOM SILVA: Well, you’re right. They do look beautiful and I love old windows but there’s a lot of advantages and disadvantages to windows. I mean if you take a window – an old window – and you’re going to want to replace it, let’s start with the weights and pulleys, for example.

TOM SILVA: Lots of times, they’ll break, one of them may be gone. You’ll have to take the window apart. You’re going to take one out, you might as well replace them both; get them new. Now, when you start to put that window back together, you want to make sure that the window is going to be efficient, so you want to see if there’s ways to put weatherstripping on the window. Make sure that the meeting rail between the two windows is clean and it’ll go together nice so that when you lock it, it’ll tighten itself up.

TOM: Now, when you say meeting rail, that’s where the upper sash and the lower sash sort of cross each other, correct?

TOM SILVA: Now, the other thing is is where the window is held into the opening, there are these stop beads that go on each side of the window. You want to make sure that they’re adjusted properly and against the sash so it keeps the bottom sash pushed up against the meeting rail between the two sashes, which cuts down on the draft.

TOM: So, basically, we’ve got to try to tighten it up anywhere we possibly can.

Now, can you get modern weatherstripping that works well in older windows?

TOM SILVA: You can. You can get – there’s all kinds of stripping that you can get at the home center that stick onto the window. There’s types of weatherstripping that you can cut a groove into the windows at the meeting rail, at the bottom and the top sash. So when you close them and lock them, the lock will do a couple of things: the lock will pull the two meeting rails together; it will also push the bottom sash down and the top sash up into that weatherstripping, tightening up the window.

TOM SILVA: Well, it can be difficult to find someone that wants to work on them, because it’s time-consuming and a lot of guys just don’t know how to price that kind of a thing because of that.

TOM: So bottom line, if you value the architectural beauty that’s offered by an original window, you want to work to preserve it but keep in mind it’s probably going to cost you a little bit more energy-efficiency than if you were to replace it.

TOM: And that could go inside or outside the house, right?

TOM SILVA: That’s right. Inside windows, you don’t see them from the street. Outside windows protect the window from the weather.

LESLIE: And I guess if you put them on the inside, it doesn’t really compromise the historical aspect of the home.

TOM: You know, Tommy, there’s a product out. It’s been out for a while but a lot of folks don’t know about it. It’s sort of a removable caulk. Have you seen this?

TOM SILVA: I have.

TOM: Where you can actually caulk a window shut for the off-season. That’s kind of a cool way to weatherstrip it in the winter. You don’t need to open it.

TOM SILVA: Yeah, you – no, you don’t need to open it. It goes right around any of the gaps and voids around the window stool, where it meets the sash around the meeting rails. All those kind of things, you can just put it in, you can roll it up, save it and use it again for another year.

LESLIE: Now, if you do decide to sort of scrap the restoration of the window, if you will, is there a way to replace that window with a quality insert? And if I go that route, what should be my top priority?

TOM SILVA: Yeah. So there are different types of replacement windows. If the unit or the jam of the window and the sill of the window is in good shape, you can replace it with two different types. There’s a type that’s just the sash, where it goes into the unit – a sash and balancing system separately – or a box unit that would fit right in between the sash. And a couple of hours, you get a new window.

LESLIE: And should energy-efficiency of the glass itself be my top priority?

TOM SILVA: Yeah, you’re going to get insulated glass but lots of times, you want to make sure that you order the right muntin size, so the window looks pretty good. Lots of times I see a lot of the insulated glass going in and the muntins are much too big for the house.

TOM: It really is a system and it all has to fit together perfectly, doesn’t it?

TOM: Tommy Silva, the general contractor from TV’s This Old House, thanks so much for stopping by The Money Pit.

TOM: For more great tips, you can visit ThisOldHouse.com.

How to Fix a Stuck Window

Save Money and Energy with Replacement Windows

How to Repair a Broken Window

How to Install a Storm Window