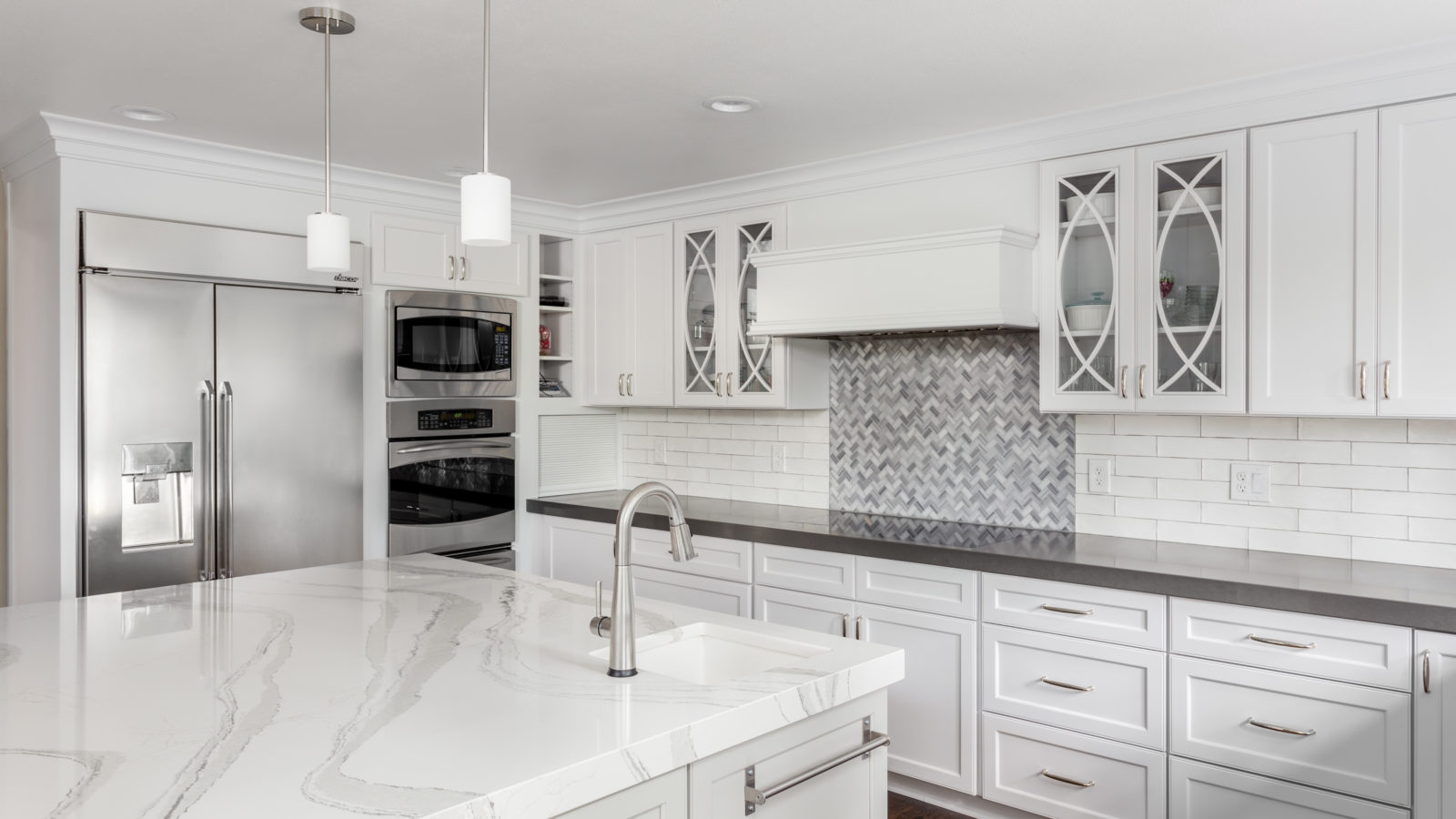 LESLIE: Bill in Texas is on the line and looking for some help with a marble countertop. What’s going on at your money pit?

BILL: We built the house in ’87 and moved in. And since then, several of our bathroom countertop sinks – they’re a one-piece deal that were made out of what was termed “manmade marble,” so I’m sure it’s a plastic base. But about an inch thick. And they, over the years, have been cleaned improperly with some abrasive cleaners and I’m wondering if there’s anything I can do to address the scratches.

TOM: So, that sounds like some sort of a composite and it probably has a surface glaze on it. And my concern is that the glaze is worn. And you try to do any sort of polishing of that, you may end up getting into the substrate.

And I’ve seen what that substrate looks like because there was a time when I used to actually build kitchen cabinets and build vanity cabinets. And sometimes, folks would order those premade, one-piece composite sinks and we’ve had to cut them. And that surface glaze is not very thick. So if the damage to the surface – I don’t think there’s anything that you could do to clean it, so to speak, that’s going to pull that out. It’s really a  countertop replacement situation.

If it was truly marble, then you could polish it out and get below what you’re seeing, in terms of the stains and the scratches. But if it’s a composite marble, like what you’re describing, I don’t think you’re going to be able to restore that surface.

The good news is that those tops – those cast tops – are really not that expensive. You may want to just take a look at replacing it. I mean I think they’re less than 100 bucks, generally speaking.

LESLIE: It depends on the size of the vanity. But I just did a 60-inch double-sink top that was one thing with the molded sinks and it was like $189.

TOM: Yeah, so not a lot of money for the – to replace those countertops.