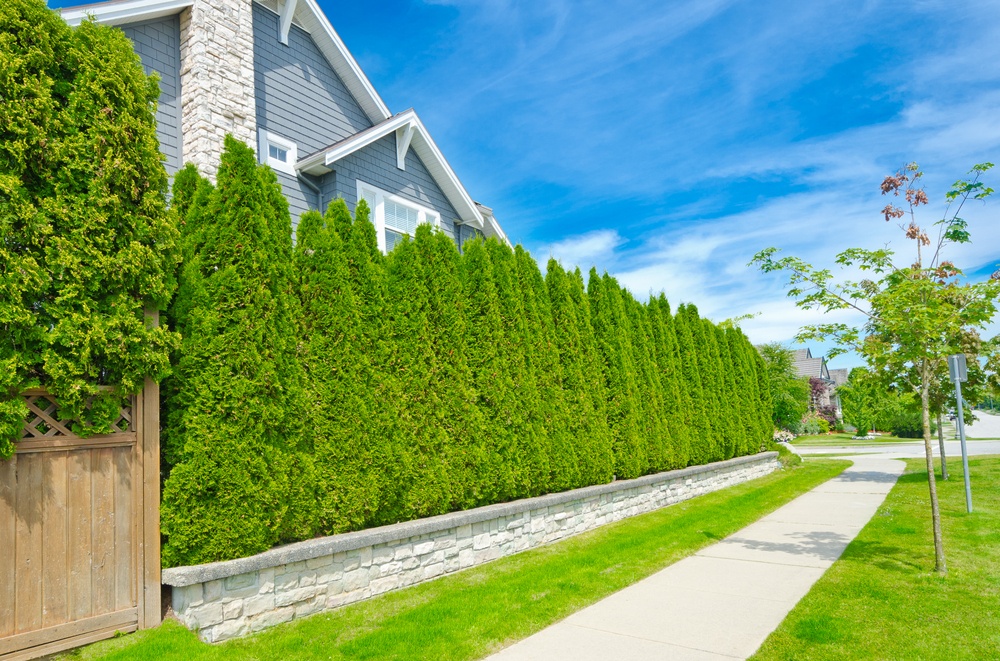 Plant Hedges or Bushes to Create a Living Privacy Screen

Plant Hedges or Bushes to Create a Living Privacy Screen 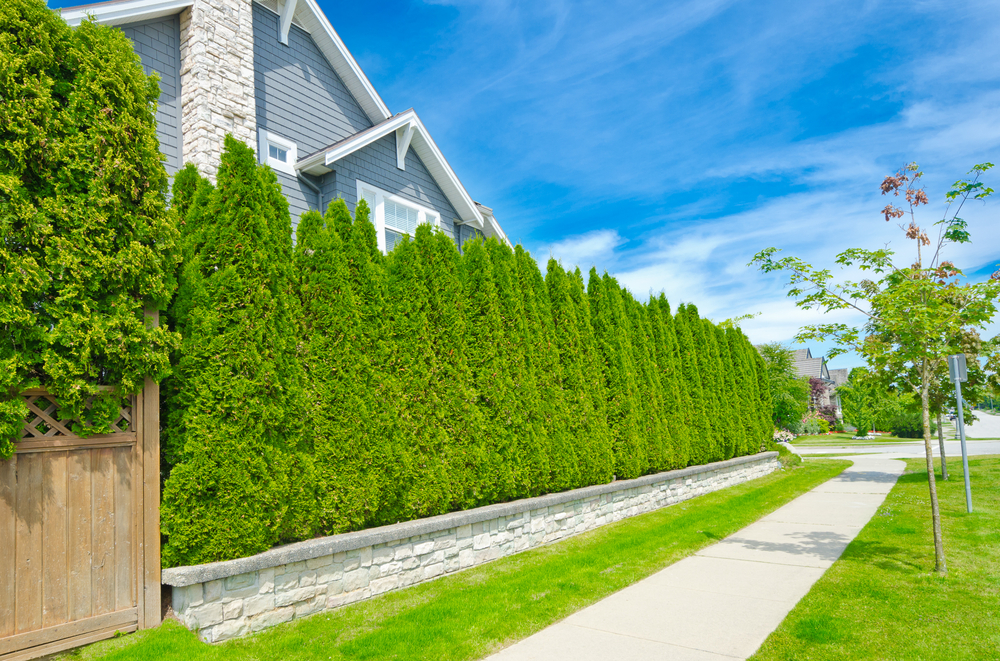 TOM: That’s right. A living privacy screen is an attractive option that adds to your landscape and your sense of solitude. Here to tell us more is Roger Cook, the landscaping contractor for TV’s This Old House.

ROGER: Thanks for having me here.

TOM: Now, this is a really good alternative to a fence, which serves the purpose but it’s not always the most attractive or cost-effective option, is it?

ROGER: Well, a fence is a fence. It needs maintenance. You put it in at 6 feet tall, it’s never going to get taller than that. And it’s there.

ROGER: You see it all the time.

TOM: So, shrubs and bushes are a better option?

ROGER: Yeah. Well, even a combination of both, yeah.

LESLIE: And do they make good sort of neighbor-dividers? I mean is it best to have something structural to sort of divvy up spaces between neighbors and then mask it with greenery?

ROGER: Some people always want to divide and conquer, don’t they? We all want to know where our boundaries are, I guess.

ROGER: “And he’s not going to put any of his stuff on my stuff.”

LESLIE: I just don’t want my neighbors watching me relax in my yard. It’s weird.

ROGER: Combine a fence with some plants and it makes all the difference in the world. As I said, a fence is 6 feet high; it’s not going to get any bigger. The plants are going to grow and spread and give you even more privacy.

LESLIE: Mm-hmm. Well, I always think it’s weird. You know, I have neighbors who just have greenery as sort of a boundary divider. But I have a small dog and she can easily get under a Leyland cypress and get into the next yard and then be gone.

ROGER: Right. There are a lot of things you can do. The fence will do that but a black mesh fence can do the same thing but disappear into the landscape.

TOM: I love black mesh fences, especially around pools, where people put in expensive pools and then they cover them with these really awful-looking, white, chain-link fences or silver chain-link fences.

TOM: But the black fences literally disappear. A little bit of green in front of it, you can’t see it after it’s up.

ROGER: Right. And if you have a small pet, like you have, if you bury that fencing a little bit into the ground, it makes it even more dog-proof. They sometimes will make a little hole to get in and out of the fence, so that’ll take care of that real quick.

TOM: Now, if you don’t really have this kind of yard where you could really plant things, could you create a privacy screening with plants, using a planter?

ROGER: You can, you can.

ROGER: And it’s very easy to locate some large planters and then put some material into them. And the thing is, you can move them around. In the summertime, they could be used to screen the pool from a recreational area or some view you don’t want in the fall or the winter. And you can fill them with branches and do something totally different with them.

TOM: What kinds of greenery are best suited for privacy screening? What’s going to give you the best coverage, so to …?

ROGER: Pretty much the same plants that you are – you use as a screen. But I like to use yews because they’re prunable. They get to a certain size.

ROGER: But bamboo is another one you can plant in a container that will do really well.

TOM: Now, that’s interesting. My yard used to be surrounded by bamboo and we spent many, many years, when I was a young boy, cutting it down to kind of reclaim the backyard. But now, it’s more fashionable. And if you use it strategically like that – especially in a planter, where it really can’t get out of control – sounds like a good option.

ROGER: Well, the key with bamboo, there are two different types: there’s runners and bunches.

LESLIE: It’s interesting with bamboo. I know in some areas of Long Island, they’ve sort of banned the further planting of bamboo because it just tends to just grow and grow and grow.

ROGER: Right. And then that’s a problem we should have learned a long time ago. It doesn’t take long to recognize that it’s going to run around a little bit, so we should have stopped planting it. But that’s why I like putting it in a container. Not going to go anywhere.

LESLIE: Now, I think it’s important. A privacy screen – we’re being light and talking about using it for between neighbors as sort of a boundary divider. But what’s more unattractive than an air-conditioning condensing unit or garbage cans? This really sounds like the best solution when you’ve got something like that to look at.

ROGER: Right. And the perfect solution is that it could move to one or another, depending on how – if you’re looking out of the house and you see the air-conditioning units, you can block them. In the summertime, if you’re outside, you could block something else just simply by moving them around.

Another trick is that if you plant them up, you can use perennials around the bottom. And then take the perennials out and put them into your garden. So you’re reutilizing a plant and then the next year, follow up with a new crop. If you want to put in some annuals, then pop those out and put in more perennials.

Roger, one more question before we let you go. What about vertical gardens? They’re also very popular. They can add to the privacy, as well. Any experience with those? I know there’s different manufacturers that make vertical-garden devices, so to speak, that you can sort of create plants that tier up a wall.

ROGER: Right. There are – I’d say in the last, what, three or four years, this big blossoming of a vertical wall where you can attach – the one I’m used to has almost pockets in it.

ROGER: And you attach it on the wall and then you plant in the pockets.

TOM: In the pockets.

ROGER: And it already has irrigation. You attach a hose to it and it waters the individual pockets. And that’s just a great way to cover up a wall that you wanted to hide.

TOM: Yeah. And kind of – you know, if you’ve got the privacy screening on the outside and maybe some green against the wall, against the house, it can really be a quite attractive outdoor space.

ROGER: Yeah, it’d be a beautiful use of that space.

TOM: Great tips. Roger Cook, the landscaping contractor from TV’s This Old House. Thanks so much for stopping by The Money Pit, Roger.

ROGER: It pays off.