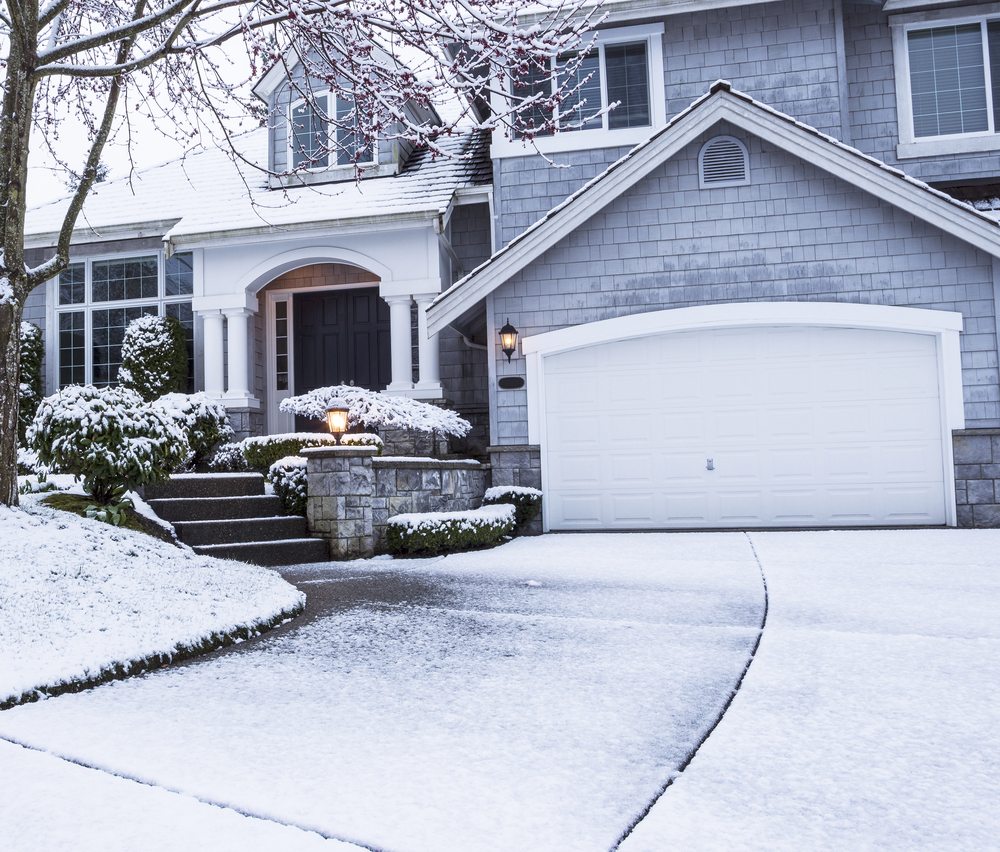 LESLIE: Barbara in Alaska’s looking to save some energy by not having to shovel as often. What can we do for you?

BARBARA: And I was looking for – we’re going to redo our driveway and I would like to put in one of those driveways that have a heated driveway so you don’t have to shovel. There’s a sensor. Have you heard of those?

TOM: Sure. They use a – it’s like a hydronically heated driveway. It basically – there’s an antifreeze that goes through pipes that are underneath the driveway. And they generally have their own boiler and the boiler could be electric or it could be fossil fuel. And essentially, when it gets cold out, the antifreeze runs through the pipe, through the hydronic system under the driveway and it melts it so it doesn’t collect snow. And it’s a very expensive thing to install, but it definitely stops you from doing the shoveling.

I would suggest that you compare the cost of that against the long term cost of having the snow removed for you because you might find that the installation cost of – and the operational cost – far exceeds the cost of simply having a contract with a snow removal service. (chuckling)

TOM: Yeah, it’s pretty expensive to install and to run because you’re basically going to have to replace the whole driveway.

BARBARA: Well, we were going to replace it anyway.

TOM: OK. Well then, get some prices both ways. It’s – you know, it’s a whole mechanical – most driveways don’t have mechanical systems, except that yours will. So – and it does add a layer of complication to it.

BARBARA: Hmm. Well, maybe I won’t look into that. (chuckling)

TOM: Well, I think you should look into it. I’m just telling you that …

LESLIE: No, definitely look into it.

LESLIE: You never know what it’s going to cost until you start getting estimates from local companies. But what Tom’s saying is, while you’re at it, you know, call your local Mr. Plow and find out how much he charges for a season. Because it might, in the long run, be less expensive to put this mechanical system into your driveway rather than hiring, you know, some dude every season.

TOM: Yeah, I mean if you’re going to add $10,000 to the cost of that driveway, that’s an awful lot of snow plowing. You know? That could be 10 years to 15 years worth of snow plowing and it may not be worth it. And by then, the mechanical system would have to be replaced anyway.

LESLIE: Yeah, but think about it. When she goes to sell the house, who else would have a driveway that melts the snow?

TOM: If it’s still working then, great. (chuckling) If it’s not, it’s a liability.

Barbara, thanks so much for calling us at 888-MONEY-PIT.

How to Install a Chandelier

How to Fill a Void Under a Concrete Driveway

Tips to Clean and Seal Driveway