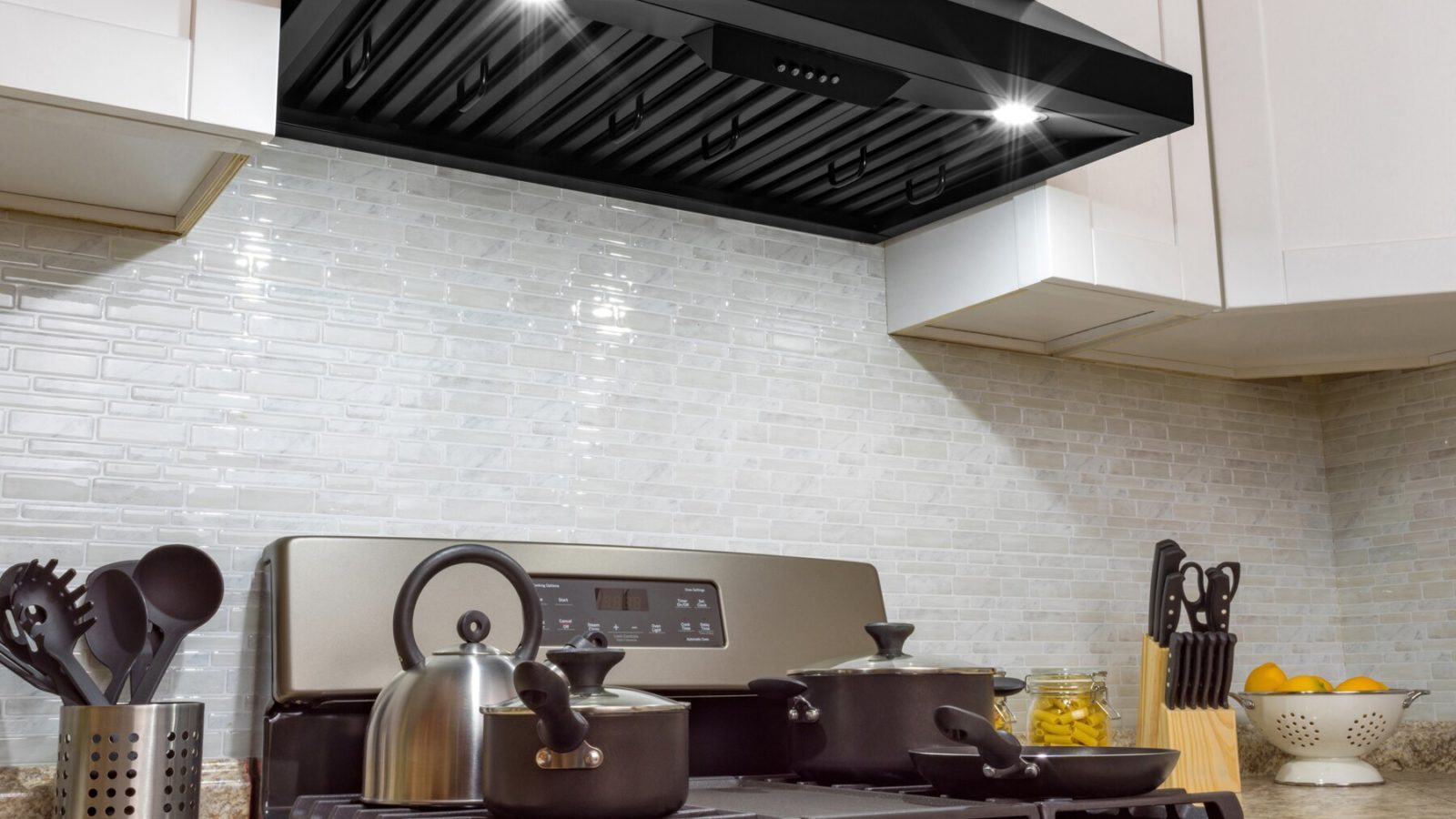 Home » Home Page » How to Replace a Range Hood | Video

Over time, under cabinet range hoods can get noisy and grungy. If yours needs an upgrade, replacing it is surprisingly easy and takes just a couple hours.

Here’s what you’ll need for this beginner’s level DIY project:

When taking on this DIY task, be sure to equip yourself with the proper safety gear. We’ll let you know throughout the video when you should and should not use the safety gear.

Turn off power. Start by turning off power to the range hood in your home’s main service panel. If you’re unsure which breaker powers the range hood, turn it on and flip breaker switches until the hood shuts off.

Disconnect electric. Remove your old hood’s grease filter or filters, then remove the wiring cover which is typically connected with a single screw. Use a non-contact circuit tester to confirm the wires are not live. After you’ve done this, remove the wire nuts holding the white and black wires together and disconnect the bare wire from the green groundings group.

Remove old hood. Range hoods are usually attached to the cabinet above with four screws and keyhole slots. In some instances, hoods will also be connected with additional screws in the wall behind the cabinet. Have a helper support the hood while you remove the screws. Tilt the front of the hood down first, then pick up the back as you remove it.

Install electrical cable clamp. Remove the filters and wiring cover and set them aside. If your home’s electrical cable comes down from the cabinet, remove the cable clamp knockout from the top of the new hood. If the cable comes through the wall, remove the knockout from the back of the hood by sticking a flathead screwdriver in the knockout slot and pulling it out. Insert a cable clamp from outside the hood, a clamp nut on the inside, then tighten by pushing on the tabs with a flathead screwdriver.

Connect power. Re-test your wires to confirm they’re off. Feed your home’s electrical cable through the cable clamp, then tighten the screws on the back of the clamp. Use wire connectors to attach the black and white house wires to the matching hood wires. Then connect the bare house wire to the hood’s green grounding screw and replace the wiring cover. Some hoods are equipped with an electrical cable and wall plug. In these cases, simply attach the hood wiring as you would a house cable.

Install the hood. Drive mounting screws into the narrow part of each keyhole slot, leaving each protruding about one eighth of an inch. With the aid of a helper, attach the hood with each screw head passing through the wide part of the slots, pushing the electrical cable into the wall as you go.

For a Healthy Holiday Home, Upgrade Your Kitchen Range Hood

How to Fix Smelly Hot Water

Where to Find a Vent Hood