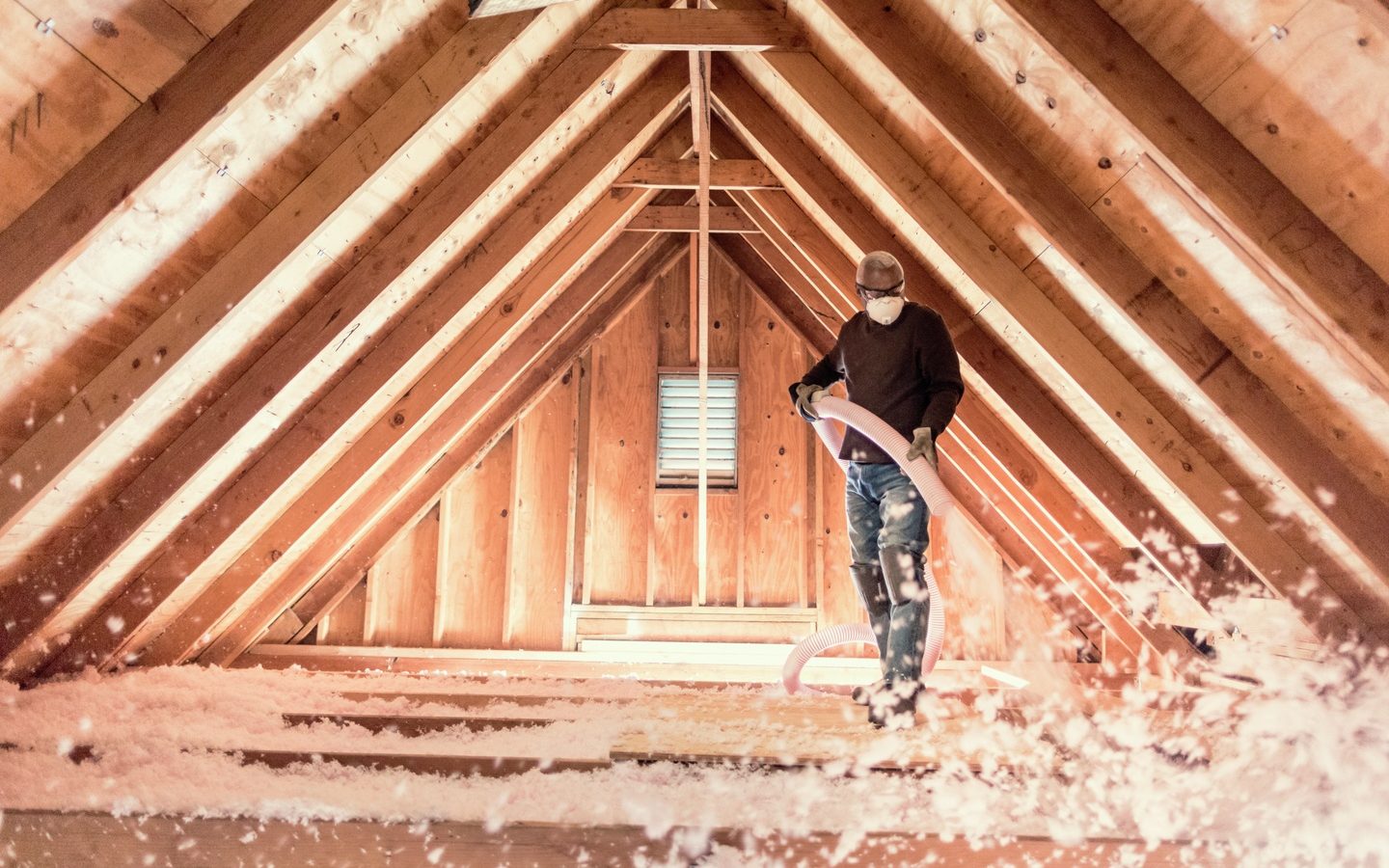 How to Insulate Within Tight Space

How to Insulate Within Tight Space

LESLIE: Bill in Michigan is on the line with a question about how to insulate within tight space. How can we help you?

BILL: I rebuilt a whole farmhouse up in northern Michigan and it was originally a story-and-a-half. I took it up to two stories and I had to replace the roof because it was such bad shape. The house was originally built in 1913.

BILL: So I put some scissor trusses on it. And up in Northern Michigan, I had never heard of an energy truss. And so I – my wife wanted a vaulted ceiling, so I put the scissor trusses. And now I’ve only got – over by the wall, I’ve only got 3 inches of room between the ceiling and the outside of the roof.

BILL: Well, I get ice dams and it’s a – and I never – I didn’t dream we had – you’d ever have this much snow when I moved up here in the snowbelt of …

TOM: Oh, man. Right, right. So, let me ask you a question: now that your ceiling is all finished, how bad do you want to insulate within tight space? Because I’m going to tell you what I would do and that is I would remove my drywall and I would apply spray-foam insulation to the underside of that roof surface. And that would make an enormous difference.

BILL: I put knotty pine up there and it’s real pretty.

TOM: Oh, it’s knotty pine. Wow, man, it breaks your heart. The only other way to do this is, when it’s time to replace the roof, is to take it off from the top side. I actually did that on my house, because I had a section of my old house – and by the way, when you say 1913 to Leslie and I, that’s a young house, OK? We live in homes that are much older.

LESLIE: Right. We have similarly-aged homes.

TOM: Yeah, much older than that. But I had one section of the house that was – had such a low attic space, I couldn’t really get into it from below to insulate within tight space.

TOM: So when we did the roof, we tore off the roof sheathing from the outside to insulate within tight space.

TOM: And then we applied spray foam and we shot it down across what was essentially the back of the drywall to insulate within tight space.

TOM: And that particular section of the house was always about 10 degrees colder in the winter and 10 degrees hotter in the summer. And literally, the day after we did this, it was the same temperature as the rest of the house. It was the most impressive thing I’ve ever seen in terms of energy conversion.

BILL: The spray foam would be the best way to go, even though I only have 4 inches between the ceiling and the roof?

TOM: Absolutely. It’s more efficient than any other type of insulation and any kind of bad insulation out there.

BILL: And then since then, I’ve put a standing-seam steel roof on it.

BILL: And all those things have helped a little bit.

TOM: Oh, so you can’t even take the roof down apart because it’s standing-seam metal. Well, you’ve got a beautiful roof.

I’ll tell you, given that set of circumstances, I think eventually what you’re going to probably want to do is disassemble that pine ceiling. And if you do it right, you could probably mark each board – number each board. And if it’s taken out carefully, you can probably put it back in exactly the same spot.

TOM: And I’ll tell you what else that would do: that would give you the opportunity to deepen the trusses by maybe a couple or 3 inches. You can basically put …

BILL: Maybe put some 2x4s right down the …

TOM: Yep, exactly. You can deepen that truss and have room for more insulation. And when you go with spray foam, you don’t have to worry about ventilation anymore, ever. It’s a different system. It’s …

TOM: Yep. No vents. No ridge vents, no soffit vents. It basically becomes a sealed attic space and …

BILL: When I put the steel on, I had them go and open up the ridge vent, thinking maybe I could get …

BILL: But that didn’t – that just let more cold air in the attic.

TOM: Yeah, you need to do that with batt insulation but you don’t need to do it with foam insulation. So I think that’s probably the best option for you. I know it’s probably not what you want and you probably called figuring, “I’m going to get a fast fix that’s going to solve this.” But I don’t think there is one for that set of circumstances. And that’s kind of what I would do in Northern Michigan. Gosh. And even though it’s a lot of work, it’s going to end up saving you a lot of money in energy and comfort, too.

BILL: And that’s what I kind of want to tell your viewers – if you’re going to build up here, make sure you use the energy trusses and put a steel roof on. That’s the only way to go.