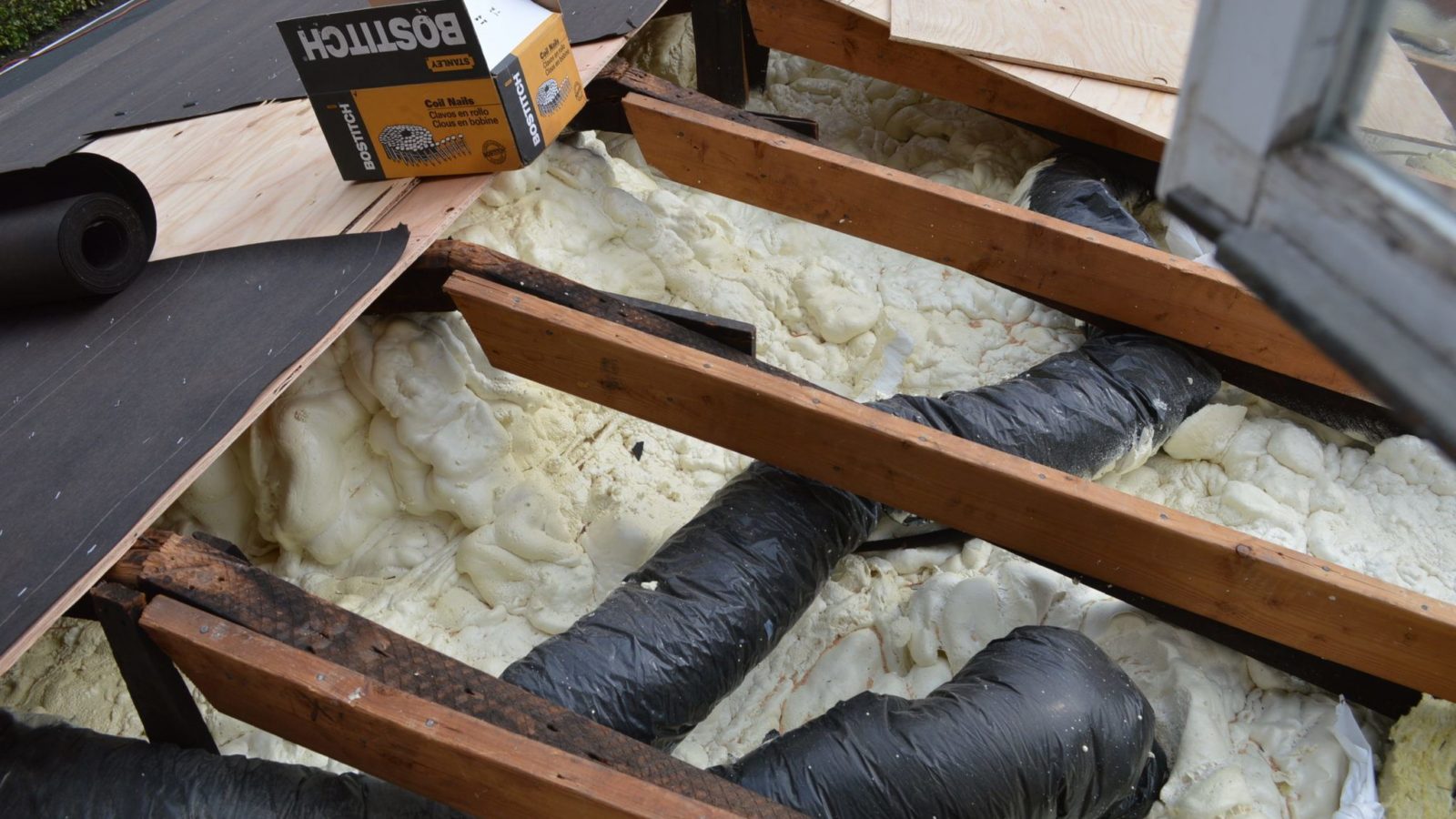 LESLIE: Claudia in Massachusetts is on the line and has a question about replacing insulation in her attic. How can we help you today?

CLAUDIA: I’m working on doing some upgrades to my father’s house. And his attic has some insulation and it’s falling down in parts. And I wanted to find out, first of all, how do I know if it’s – and it seems like a simple enough job to do it myself but I don’t know if it’s safe to do it myself. The house was built in the – probably in the 1950s and he bought it in the late 70s. So I’m not sure – can I just remove the parts that are falling off and dispose of them?

TOM: And the insulation where?

CLAUDIA: In the attic.

CLAUDIA: And the attic is – it’s a modified Cape Cod and he has a fan in the attic: a big attic fan that he uses the cool the house in the summer.

CLAUDIA: So I don’t like the idea that insulation – it’s just kind of hanging in parts or hanging down.

CLAUDIA: It’s in the roof. So it’s really the – the roof is – it’s a really steep roof on both sides.

CLAUDIA: And that, effectively, is – it makes up the walls of the space.

TOM: Right. So there’s no drywall; it’s just exposed insulation. Is that what you’re saying?

TOM: Yeah. OK. So, that’s not uncommon. But I will say that when you have that type of a cathedral ceiling, it’s called, you have to leave some space for ventilation. So, if those were 2×8 rafters, you couldn’t put 8 inches of insulation in it; you’d have to put 6-inch-deep insulation so you have some space behind it for ventilation. The fact that it’s falling off, it sounds like it might be a paper-faced or a foil-faced tab that very often …

TOM: Yeah, they’ll just deteriorate over time. It’s not designed to be a permanent, you know, ceiling surface. So probably just through exposure, over the years, it’s become dried out and weak and that’s why it’s dropping down. So it’s not a hard thing for you, replacing insulation in attic.

The other thing that you might want to consider when replacing insulation in attic, though, is adding spray-foam insulation to that space. And if you did that, it would make an enormous difference on the energy efficiency of the home. And you can do it because it’s not finished now. So, it’s fully exposed. If you did it with spray foam, you would basically be spraying foam into those rafter bays. And in some cases – like what I did at my house, I covered the rafters because I wanted thicker insulation. And it made an enormous difference in that space and the entire house by using spray foam, because spray foam will expand and seal in addition to insulate.

So, yeah, that’s kind of a bigger improvement. You can just fix up the insulation that’s there now. But if you really want to do something that’s going to last for the ages, spray foam would be the right way to go.

CLAUDIA: Is spray foam something that – would I have to have someone come and do that? (inaudible)

TOM: Yeah, it has to be professionally applied. There’s special trucks where it’s kind of a two-part formula and it’s mixed together at the truck. And you have to have guys that are very used to applying it. And it goes on very, very thin, then it expands. It has a 50-to-1 or 100-to-1 expansion ratio.

TOM: So, it goes on as a thin coat and then it expands and fills the space.

We used Icynene, which is probably the largest manufacturer of spray foam in the country. And those guys did a fantastic job in our house.

TOM: In fact, if you go to MoneyPit.com, there is an e-book there – a free e-book – called The Money Pit Guide to Insulation. There’s actually pictures of my house and the spray foam as it was being applied, in that guidebook. And you can compare and contrast the different types of insulation and actually show you some utility bills from before and after. You see what effect it had.

CLAUDIA: Oh, that’s wonderful. Thank you so much. I really appreciate the help.

CLAUDIA: I try. Thank you.