The home improvement season is now upon us, a time when many try to find good contractors to take on their projects, but at the same time ushering in the next installment in the ongoing soap opera that homeowners might refer to as Contractors of Our Lives. Few business relationships evoke such intense emotions as the homeowner-contractor bond.

Kimberly-Clark Professional DIY Business has examined this tempestuous relationship, and in the process discovered some strange behaviors: 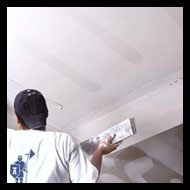 Overall, the survey revealed a broad range of opinions. While many respondents were highly satisfied with their contractors, others complained about jobs taking too long to complete or coming in over budget.

Among the key findings:

Green considerations do not seem to play a major role in the decision to hire a contractor. In fact, 39 percent of respondents said they don’t think about environmental concerns at all when hiring a contractor. Of the environmental factors that might influence contractor choice:

What about those worst contractor nightmares that everyone seems to talk about? 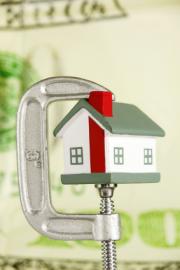 Who decides which contractor to hire: men or women? Fifty six percent of respondents reported that male and female household members jointly decided who to hire for a home improvement job. Twenty three percent said the decision maker was male, while 18 percent answered female.

The survey also probed how contractor hiring decisions were made. The overwhelming choice, at 70 percent, was a recommendation from someone they trusted. After that, 16 percent of decisions were based on a feeling that the contractor could be trusted with the home and its possessions. A good price from the contractor came in third, at 10 percent.

Lastly, the stories consumers trying to find good contractors, only to discover that contractors won’t return phone calls. But the survey results don’t bear this out. While more than half of respondents reported problems with contractors returning calls, the vast majority said this pertained to very few contractors. Forty percent of respondents said that virtually every contractor had in fact called them back.

Hiring Contractors – How to Check a Contractor’s References

When it Comes to Home Decorating, Americans are True to Blue

5 Questions to Ask Your Contractor Post-COVID-19

How to Find a Good Roofing Contractor

How to Hire a General Contractor

How to Hang Kitchen Cabinets So They are Sturdy and Secure, How to Find a Contractor for Your Home Improvement Project, How to Turn Your Garage into a Pro Workshop and more

Jersey Shore Rebuilds, Fighting for a Fair Insurance Claim, How to Save Energy with the Right Lighting and more

How to Find a Good Contractor for Interior Painting

How to Find Experienced Contractors