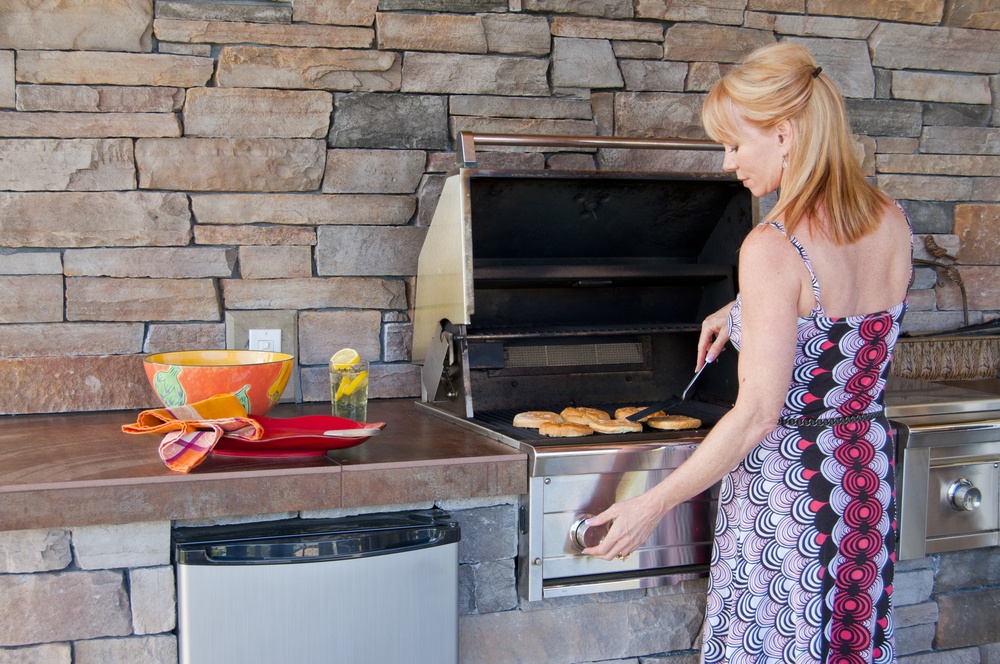 A backyard barbecue skips the formalities and fills a patio with friends who answer the call of “come and get it” when steaks and corn on the cob are hot off the grill. But even with the relaxed mood of an outdoor barbecue, problems can flare up.

Here are five gas grill goofs from Consumer Reports that guarantee your cookout will be unforgettable, although not in the way you intended!

If your gas barbecues gas tank hose is too close to the firebox or the grease pan is a bit off, fire risk increases. Carefully read the manual before assembling your outdoor grill, or ask if the retailer will assemble the grill for free or a fee. Also be sure the assembled grill can fit in your vehicle, or check the cost of delivery.

Cooking with a defective grill—a leaking regulator, a cracked hose—increases your chance of something going wrong. More than one million grills have been recalled over the past five years. Before firing up for the season, find out if your barbecue grill has been recalled by searching the database at SaferProducts.gov. You can also file a report if your grill is faulty.

Some flaring is normal when grilling fatty foods, but sustained flare-ups are another matter. Typically, the greater the distance between the grates and burners or flavorizer bars, the fewer the sustained flare-ups. And don’t overcrowd the cooking surface on your grill. Keep some space empty so that when fatty foods such as rib-eye steaks or salmon do flare up, you can move them to a cooler spot on the grill.

Use Consumer Reports’ ratings of 80-plus gas grills to find a grill with a cooking surface that matches the amount of food you normally cook, rather than the volume you’d cook in batches for a big outdoor barbecue. Consumer Reports groups grills based on their measurements of the main cooking area. Manufacturers often count warming racks and searing burners as part of the grill surface area as well.

Food poisoning guarantees that your guests will call after the party, but it won’t be to thank you. Grilling meats and poultry can be tricky since they often brown quickly on the outside. Use a meat thermometer to ensure that food is cooked to an internal temperature that destroys any harmful bacteria.

The U.S. Department of Agriculture recommends a minimum internal temperature of 145 degrees F for whole meats, including pork, and then a three-minute rest before slicing. Ground meats should reach at least 160 degrees F, and all poultry should reach 165 degrees F or higher.

Fish should be cooked until it reaches a minimum of 145 degrees F or until flesh is opaque and separates easily with a fork. Never partially grill these foods with the intent of finishing the cooking later.

Some grills cook unevenly, and that’s something Consumer Reports tests for. Their recommended barbecue grills score as very good or excellent in high- and low-temperature evenness tests. Also check Consumer Reports’ ratings of meat thermometers — they found some that weren’t so hot.

Skip the safety check and maintenance on your barbecue grill, and you could be playing with fire. At the start of grilling season, inspect the hoses for cracking, brittleness, holes and leaks, and replace the broken grill parts if necessary. Check for gas leaks by mixing a small amount of dishwashing liquid and water in a spray bottle. Spray the solution over connections and along the hose, then turn on the tank. Bubbling means you need to change a part or fix a loose connection on your barbecue grill.

Follow the directions in the owner’s manual and regularly clean the grill, especially the grease trap, and make sure the gas supply tubes are clear of spider nests and debris.

Following these tips to avoid grill safety mistakes will help ensure that your summer get-togethers are memorable for all the right reasons. Don’t put yourself, friends or family at risk when you fire up that backyard grill.

City Chickens: How to Get Started Raising a Flock in Your Backyard

How to Avoid Plumbing Emergencies

Lifetime Dual Compost Tumbler is Perfect for Your Backyard

Solutions for Dogs Tearing Up Backyard