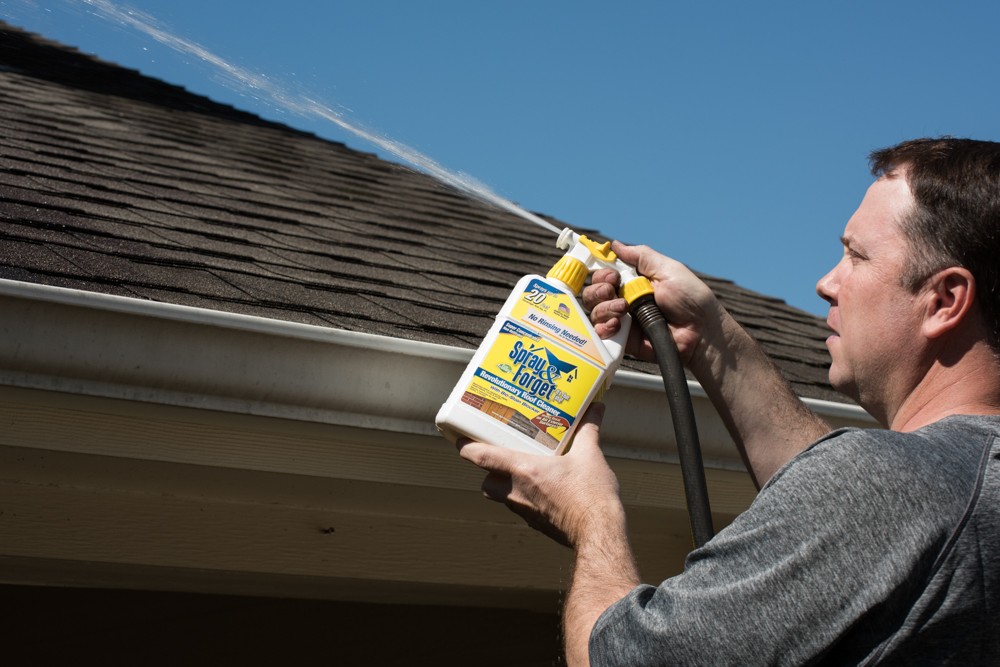 Get Rid of Stains on Your Roof

Get Rid of Stains on Your Roof

LESLIE: William in Rhode Island is on the line with a question about some mildew stains on the roof. What’s going on?

WILLIAM: I just put a new architectural roof on the house a couple of years ago. It looks like I got the dark streaks coming down on the shingles. And I’m not that far away from the airport here in Rhode Island. And I’ve got planes that sometimes go over and I didn’t know if they were maybe dumping their fuel or whatever they do before they land, you know?

TOM: Think they’re flushing the bathrooms on your roof there, Will?

TOM: Listen, let me ask you a question. Before you put this roof on, did you take the old roof off?

TOM: OK. Now, the old roof, did it have any streaking or mildew stains problems?

WILLIAM: Not really, no.

TOM: Is your home shady?

WILLIAM: Yeah, there’s some shade in the front of the house, yeah.

TOM: You get more mildew stains on the front or the back?

WILLIAM: I just noticed it in the front a little bit, right above the entrance of the door. But I’ve got a barn shape-type house.

TOM: Mm-hmm. Yeah. So, what I’m thinking here is that – typically, the area where the roof rafter touches the roof sheathing, right, where the wood basically is in solid contact, that’s a cooler spot than the area to the right and the left of it. So, sometimes, when we get these stripes on the roof, it’s a condition that’s called “ghosting.” And it’s because you get more condensation in those areas that are cold than the areas that are warm to the left and the right of it. Now, also, on the shady side of the house or wherever you have shade, you’re also much more likely to pick up a little algae or lichen or mildew stains. And that can also cause staining on the roof. So, before we jump to conclusions, what I would suggest you do is to use – take a very simple approach. There’s a roof cleaner out there that’s called Spray & Forget. It’s available in a ready-to-use bottle. You basically just snap a hose on a garden hose onto and then you can spray the roof down and just kind of walk away and see what happens. I actually have had an extremely dirty shed roof that had so much moss on it, it was crazy because I just hadn’t done anything for a long time. So, last summer, when I was painting the fence and doing a few repairs outside, I decided I would take care of that. And I got the Spray & Forget and I put it on once and then I walked away for about a month. I noticed that almost all of it was gone. I put it on one more time and it’s perfectly clean like the day I put it down. It doesn’t happen instantly because, basically, what it does is it stops the growth from forming. Think of it as sort of as a weed killer for the moss. And it brightens the roof and then there’s a residual that stays on it and kind of protects it over the long haul. So, I would try a product like that – it’s very simple, fairly inexpensive – and see if that does it, OK? And then if it does, then you kind of know what you’re dealing with. One natural thing that you can do to kind of slow that growth down is just to make – try to get a little more sunlight on that area. Sometimes, I’ve told folks to trim back trees and that sheds just enough light on it, because sunlight is a natural mildicide, as well. Does that make sense?

WILLIAM: Alright. I’ll give it a shot.