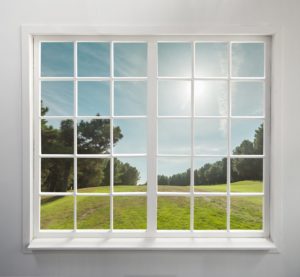 LESLIE: Alright. Now we’re heading out to Las Vegas where Bruce is on the line with a question about windows. What can we do for you today?

BRUCE: I wanted to know about your opinion on the effectiveness of E-windows. I have an approximately 3,000-square-foot home. It’s two stories. But I actually don’t put the air conditioning on until it’s about 110 outside and then it’s – then I put it on to about 85. And I have some shutters in the house, so I wondered what you thought of E-windows.

TOM: Well, when you say E-windows, Bruce, are you talking about low-E?

TOM: OK. Yeah. So, yeah. So, low-E – and the E stands for Emittance. And basically, what it is is a reflective coating that is on the glass. And most high-efficiency windows – I would dare to say almost all of them – have a low-E coating. And what it does is it takes the UV from the sun and reflects it back outside. So very, very important to have low-E window glass in Las Vegas, especially, with the heat that you experience. That’s going to make a dramatic difference on how much heat actually gets into the house itself, because the low-E glass will reflect it back out. So it is definitely a measure of efficiency and something you want to look for when you’re shopping for those windows.

BRUCE: Well, with the caveat – like I said, I don’t put the air on until it gets to be about 110 outside.

TOM: I understand. But no matter what comfort level you like to use that air conditioning, you’re going to be using less of it if you have low-E glass.

BRUCE: And any idea of approximate cost of – and the difference of …?

TOM: You know, I wouldn’t consider, for a second, not using low-E glass in a house, no matter where it was in the country that I was building or putting windows in. I wouldn’t be able to tell you what the cost difference is but if it’s a thermal pane – average-quality thermal pane window – it’s going to have low-E glass.

BRUCE: Thank you so much.

TOM: Alright, Bruce. Well, good luck with that project. Thanks so much for calling us at 888-MONEY-PIT.

Exterior Remodeling: Green Ideas to Protect Your Home From the Elements

What is the Best Material for Window?

Cause of Condensation on Thermal Pane Windows