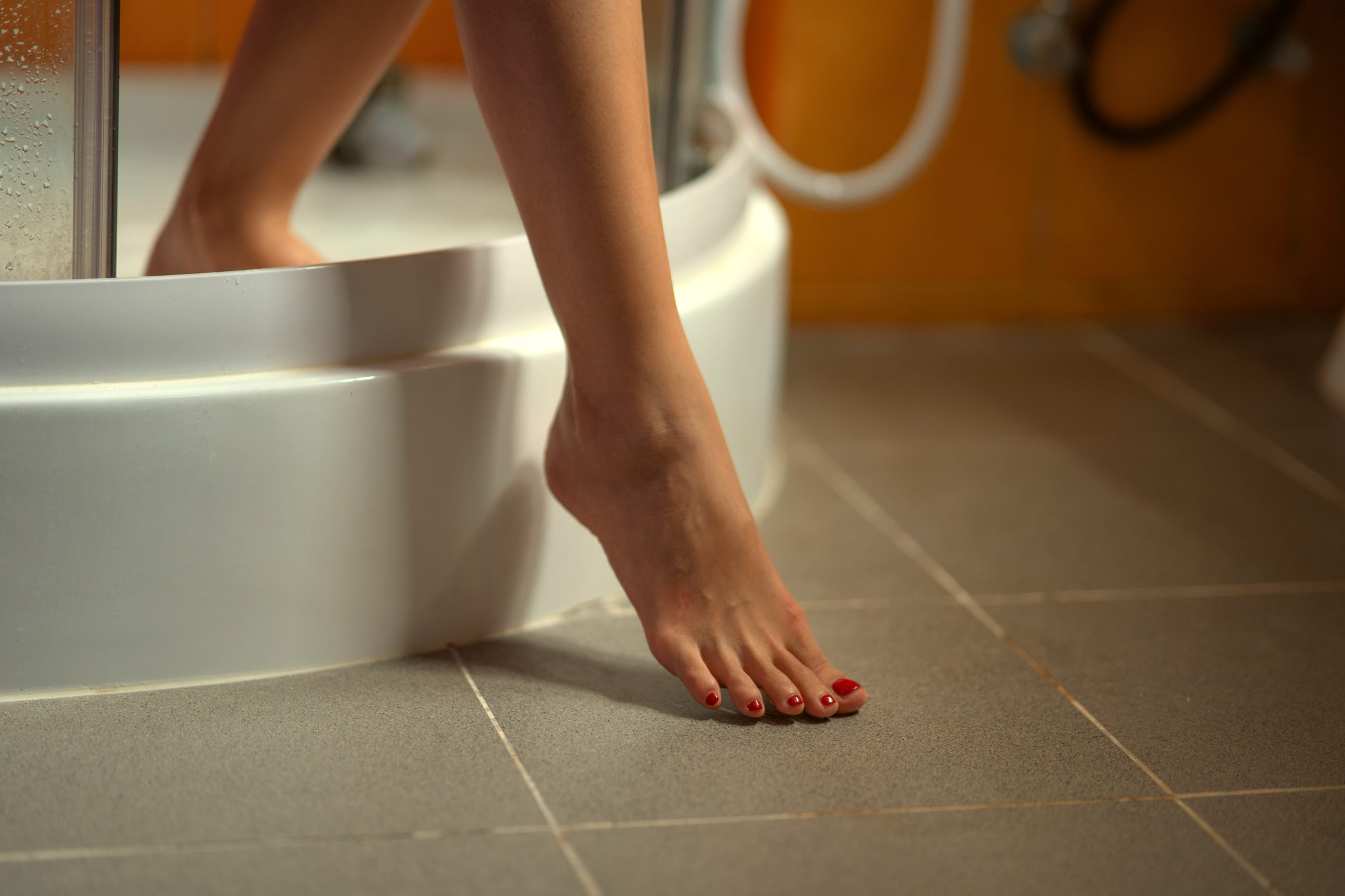 Use Foam Sealant to Stop a Creaking Shower Floor

Use Foam Sealant to Stop a Creaking Shower Floor

LESLIE: Andy in Virginia, welcome to The Money Pit. What can we help you with today?

ANDY: Hi, guys. I was calling because a previous caller on another show – earlier show – asked about how to keep a showerbed from creaking if remodeling a bathroom.

ANDY: My showerbed creaks. It’s a brand new townhouse – about two years old – and I, of course, don’t want to rip out the shower pan to fix the creaking. I was wondering how you go about fixing that and also, a second part of that question, now that I’ve had time to think about it, is sometimes the pipes tend to knock a little bit when it’s cold out and I’m running hot water through them from the shower and so forth from the master bathroom. They tend to creak and like just knock in the walls.

TOM: Well Andy, these – both these problems would have been so easy to fix when the townhouse was being built.

TOM: But now that it is built, they’re very difficult to fix, so I can explain both of them. First of all, the shower pan creaking is because they didn’t put a base under it. Typically, you’re going to mix up a mortar mix when you set a shower pan, especially a fiberglass shower pan, so that you have a real solid bottom to it and sort of squish the shower pan down into it so it’s very well supported. In terms of the pipes, what happens is the pipes are very tight to the framing and so, as you turn on hot or cold water you get this expansion and contraction. Very often it’s described as sounding like a leak but it really isn’t. It’s really just the pipe sort of rubbing across the wood. And fixing either of those requires demolition, which we wouldn’t recommend. So I would say just live with it.

LESLIE: Not the answer you were hoping for. (chuckling)

TOM: Yeah, I mean if you could get access under the shower pan, you know, I could give you a couple of tricks of the trade; like you could use expandable foam sealant.

LESLIE: To sort of suck it in there.

ANDY: I was actually going to ask you about that.

TOM: You could do that but you’d have to get access underneath and, you know, by the time you do that, if you poke or prod in the wrong place you’re going to end up drilling a hole right through that shower pan itself and then that would get ugly.

ANDY: Probably could access it from the other side of the wall in my hallway, so that’s actually not a bad idea for me.

TOM: Well, then give it a shot. But don’t overdo it on the foam sealant because the foam does expand and it can actually push up on the shower pan. So be very ginger about how much of that stuff you put in, OK?

ANDY: Great, I appreciate it. Thank you very much. I really enjoy your show.

How to Stop a Squeaking Floor Under Carpet, Hardwood, Tile or Vinyl

How to Refinish a Hardwood Floor

How to Weatherproof a Wood Porch Floor

How to Locate a Shower Leak

How to Level a Sagging, Uneven Floor