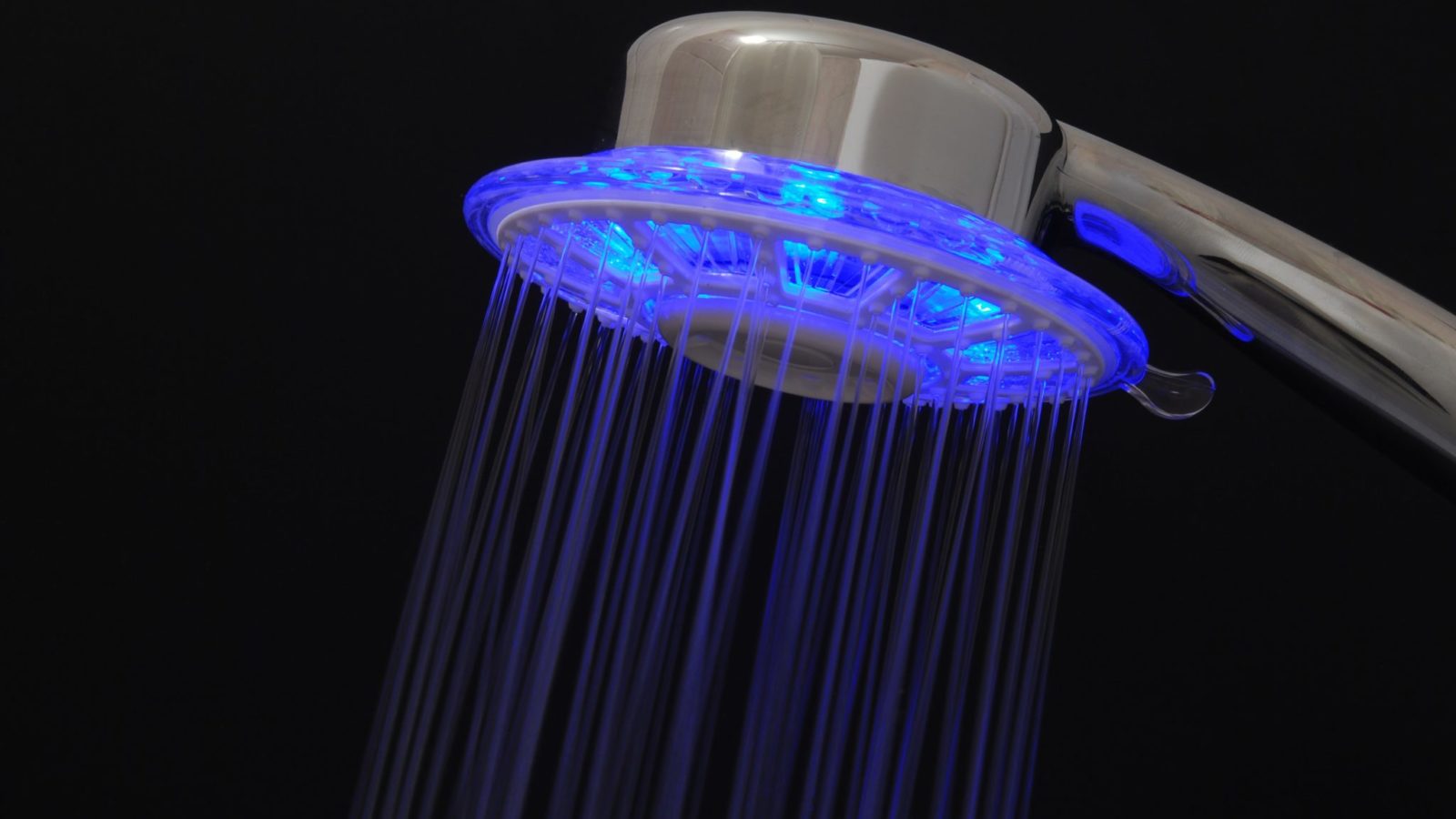 by Joseph Truini 3 Comments [Sponsored by: The Home Depot]

During a recent bath renovation project, I spent countless hours meticulously researching and shopping for each and every component. Even the slightest details were carefully considered and evaluated. I readily admit, however, that I didn’t spend much time thinking about the best shower head.  After all, what’s to think about — it just sprays water, right?

That’s no longer the case. Bath fixture manufacturers now offer a whole new generation of innovative, stylish and technologically advanced shower heads. From LED lights and Bluetooth speakers to a rain-style experience, you’re sure to find a shower head that does a lot more than you’d expect.

Of course, it’s not necessary to remodel your entire bathroom to upgrade to a new shower head. In many cases, upgrading a shower head simply matter of unscrewing the existing shower head and replacing it with a new one. However, you should consult a licensed plumber if you’re planning on rerouting the water supply line or installing a new shower valve.

Today’s shower heads have a wide variety of styles and features. Here are 10 different options to consider if you’re planning on upgrading yours:

Rain shower heads provide a super-soaker experience unlike any other. These oversized heads deliver a drenching shower of water that feels like standing in the pouring rain.   You can buy fixed and handheld versions of rain shower heads; both are relatively affordable and easy to install. But for the most realistic experience, consider a ceiling-mount rain shower head that sprays water straight down from the ceiling.

Adjustable nozzles are very common in today’s shower heads, as the most desirable of shower head features is the ability to control the water flow and spray patterns. Nearly all but the most basic of today’s shower heads offer a wide array of patterns, from a light, relaxing mist to an invigorating massage spray.

A lighted shower head is another way to enliven your showering experience. That’s right—many manufacturers now offer shower heads that are equipped with waterproof, color-changing LED lights. The battery-powered lights won’t illuminate the entire shower, but they do color the water stream and brighten your mood.   Some lighted shower heads even use LED lights as a way to help conserve water by timing your shower. The light will change color every two minutes—from green to yellow to red—indicating six minutes have passed and it’s time to turn off the water. Other shower heads will illuminate the water blue when it’s cold, then change to red as the water heats up.

A low-flow shower head is the best for the environmentally conscious. This water-saving nozzle that restricts your shower’s water flow to an eco-friendly two gallons per minute. Most models are designed with pressurization technology, so that even with a drastically reduced flow, the water pressure isn’t compromised.

Aerating shower heads mix air into the water stream to make it feel more voluminous and substantial. This is a valuable feature for low-flow, low-pressure showers, but be aware that aeration often cools down the water a noticeable five degrees or more.

A built-in wireless speaker is perfect for those who enjoy listening to music while showering. Consider a shower head with a Bluetooth speaker that can stream your music playlist from a smartphone, tablet or computer.

The shower head is no longer a second thought! In addition to all of the features available, there are variety of finishes to make your shower head suit virtually any bath decor. Brushed nickel, oil-rubbed bronze and polished chrome are the most popular, but white and black finishes are common as well.

These days, it’s easy to customize your bathroom by upgrading a shower head. From a practical handheld to soothing aeration, you’re bound to find a shower head that fits your lifestyle perfectly.

Editors Note: Joe Truini is a home improvement expert who writes extensively about do-it-yourself renovations. His best-selling book, “Building a Shed,” has sold over one-quarter million copies. Joe writes for Home Depot on many home renovation topics, including bathroom fixtures.

How To Tile Shower Walls | Video

How to Locate a Shower Leak

How to Fix a Leaking Shower

How to Fix a Leaking Shower Head

Leaking Shower: Is it Behind the Drywall?

Joe is a home-improvement expert and author with more than 30 years experience. His work has appeared in many magazines, including This Old House, Fine Homebuilding, and Popular Mechanics. Joe has also written eight DIY books. He's a regular contributor to The Money Pit, providing useful advice for DIY homeowners of all skill levels.