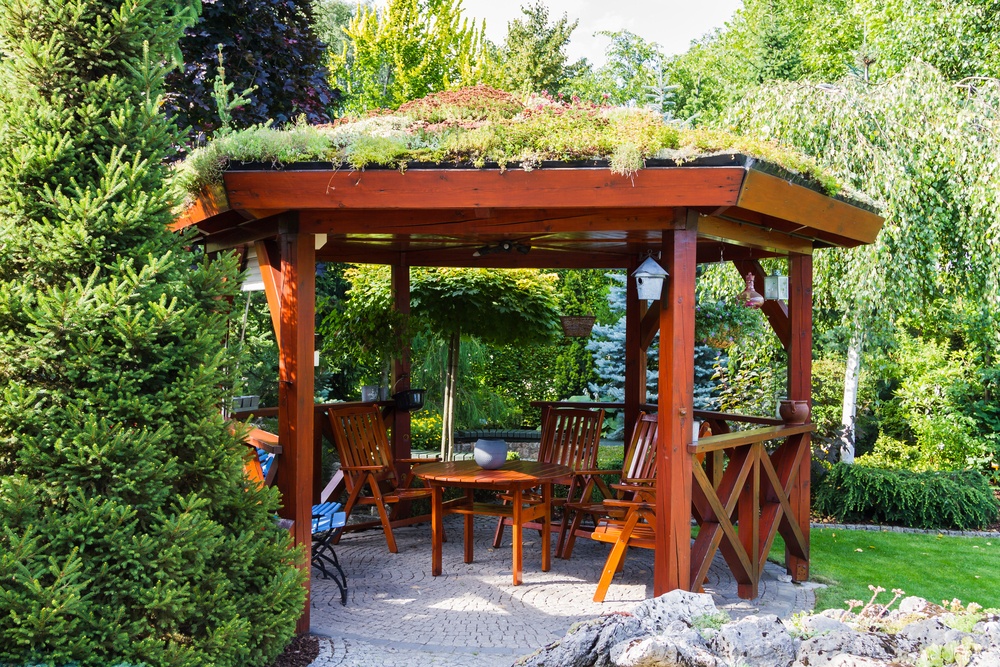 How to Update a Concrete Patio

How to Update a Concrete Patio

LESLIE: Well, a concrete patio is perfectly functional but it might leave something to be desired in the looks department if you don’t update concrete patio.

TOM: Well, that’s right. And if your concrete patio is dragging down your outdoor living space, you can give it a facelift. Here to talk with us about options to update concrete patio is This Old House landscaping expert Roger Cook.

TOM: So there are so many folks that have concrete patios out there and they just never look better than the day they’re put down. In fact, most of the time, they look worse. They get dirty. They get covered with mildew and algae. Are there options for dressing it up that surface to update concrete patio?

ROGER: There absolutely is. The first thing you want to do, though, is look at your concrete patio and see what kind of shape …

TOM: Because you don’t want to put money into one that’s cracked and busted up.

ROGER: Right. If it’s already starting showing it’s going to fail, there’s no sense putting good money on top of bad. But you can get a lot of things to put on top of it. There is ipe, which is a really, really hard wood. And they actually make it so it has a plastic grid on the back and you can lay it right on top of the concrete and snap it together. And it looks incredible. We did it on an Ask This Old House project.

TOM: Wow. So you can take a concrete surface and lay a wood tile over it, essentially?

ROGER: That’s right. You can do almost anything. There’s going to be one catch. If you do something that’s thick – like, let’s say, a brick or even a piece of bluestone – and you have a riser, you have to make sure that where you hit that riser after you add your new product, you’re not changing it to a tip step or you’re not causing water to run back towards the house.

TOM: Now, when you say “riser,” you mean staircase?

ROGER: Exactly. Because you’re putting on 2 inches or something like that. You could change it into a 3-inch step and that’s a pretty hard step for people to walk on.

TOM: Yeah. Even though that’s a short step, it’s one that could definitely cause a tripping hazard because, I think, mechanically you expect all the steps to be the same height as the first one. And if you have a short step to start, you may just trip on the second one.

ROGER: Right. And that’s why it may be good to try some of the thinner products like tiles, the ipe, anything that won’t change that riser drastically.

LESLIE: And I will tell you, those ipe tiles, they’re sold in a box. I’ve used them a couple of times and they range anywhere between $25 and $40 a box. And I think it’s 10 square feet per box, which is a nice amount, you know. It’s not bad.

ROGER: That’s not bad at all.

LESLIE: And you really don’t have to cut anything. It’s snapping on the edges. So you can create an interesting pattern. You can do a straight run. You can give it a parquet look. I really like how it looks and I feel like as the ipe ages, it almost grays out. You can oil it to bring back that rich color to it. But I kind of like that beach-y wash-y look, as well.

ROGER: Yeah. You’ve just got to watch to lay it out, like you said, so that you minimize cuts. Everything we do in something like this is – we want to try to minimize the labor involved, because we want to get it done right away.

ROGER: So if you can lay it out in such a way to minimize the cuts, that’s a plus.

TOM: Now, aside from the ipe tiles that we’re talking about, let’s talk about some of the other materials that are options when you update concrete patio. Now, you mentioned avoiding, potentially, materials that are thick if you have stairs you’re dealing with. But if you don’t, what about simply covering that patio with a brick paver? Is that an option?

ROGER: Yep. That’s an option. There’s quite a few other options. You could use brick pavers – you can get them in all different sizes – but you could also take and paint it or stain it. They make paints specific for this kind of application but the key, especially here, is to make sure you clean that concrete slab before you try to adhere anything to it. Power-washing, a good brush – stiff brush – and just getting it really clean.

TOM: And I remember, Leslie, you once told me about a project that you did for, I think it was While You Were Out, where you actually painted a rug on a concrete patio so it looked like a carpet.

LESLIE: Yeah. You’re right, Tom. If you buy the right paint for concrete, you can really create a beautiful outdoor design to update concrete patio. It could be a rug, it could be an overall pattern. But I do like the idea of creating an outdoor rug using different stencils and different concrete paints and almost overlaying different patterns and designs to create this beautiful, dimensional-looking rug for the surface.

TOM: Now, what about repairing that surface, Roger, if you have one that’s generally structurally sound but maybe you have some pitted areas or something of that nature? What’s the right way to patch that patio so it will really stand up to the weather that follows?

ROGER: Well, they make material for cracks but you’ve really got to get that crack cleaned out before you put it in. It almost – they make a hydraulic cement that will go in and expand so you can fill in the joints before you do any of the work Leslie was talking about.

ROGER: Yeah. It never seems to adhere to each other.

TOM: You need to use the right product for the right job. And that’s something that we know you do every time out there.

Roger Cook, the landscaping expert from TV’s This Old House, thank you so much for talking about how to update concrete patio and for being a part of The Money Pit.