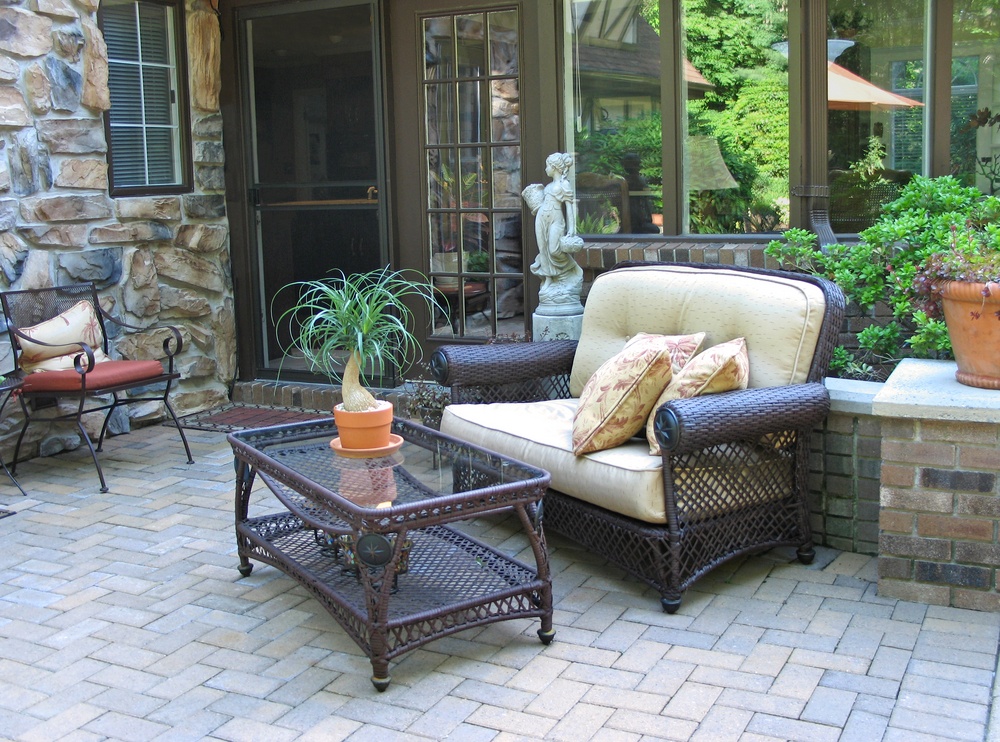 While summer is great for enjoying outdoor rooms, there’s an additional charm that comes with extending that enjoyment year-round. With patio heaters, you can still enjoy your outdoor areas without having to suffer through the nighttime chill.

Free-standing heaters are larger (about 95 inches tall) and more powerful than table-top heaters.  Table-top heaters, though, because they are lighter and smaller, are also much easier to carry around, wherever you want to go.To help you decide on the best patio heater for your needs, consider the following options.

Patio heaters are constructed to function using one of three different fuel types: propane, natural gas, or electricity.  Natural gas is used for permanent, stationary heaters.  Propane, conveniently available in tanks, allows a heater to be moved about.  Infrared heaters are often powered by electricity, though some are run by natural gas. Stationary heaters are advantageous because they hook up to your natural gas lines, and so do not have tanks that need to be replaced or refilled.  If you plan on moving the heater to different locations, though, you will need a portable propane model.  Portable patio heaters can be either free-standing or table-top models.

Roger Cook from TV’s This Old House joined hosts Tom & Leslie to offer his tips on the best options for patio heaters.

Patio heaters usually have several different settings. The heating power of a patio heater is rated in BTUs.  As an example, a 45,000 BTU heater will produce a 20 foot heat diameter.  Free-standing heaters are often more powerful than table-top heaters, and so can be used for larger groups. Some units even have a thermometer that you can also use to set the temperature that you would like your space to be and then be able to easily regulate it from there on out. Most of these, when they reach the set temperature, will shut themselves off.

Where can patio heaters be used?

There are many places where you can use a patio heater. For outdoor use, a free standing gas heater can deliver a tremendous amount of heat to the surrounding areas. For enclosed areas, like patio spaces under roofs, electric portable patios heaters are your best choice.

Whichever type of patio heater you choose, be sure to read the manufacturer’s operational instructions and follow all safety precautions they advise. Do that and you’ll have plenty of warmth to enjoy your outdoor space all year long.

Punch Up Your Patio Decor with These Outdoor Ideas