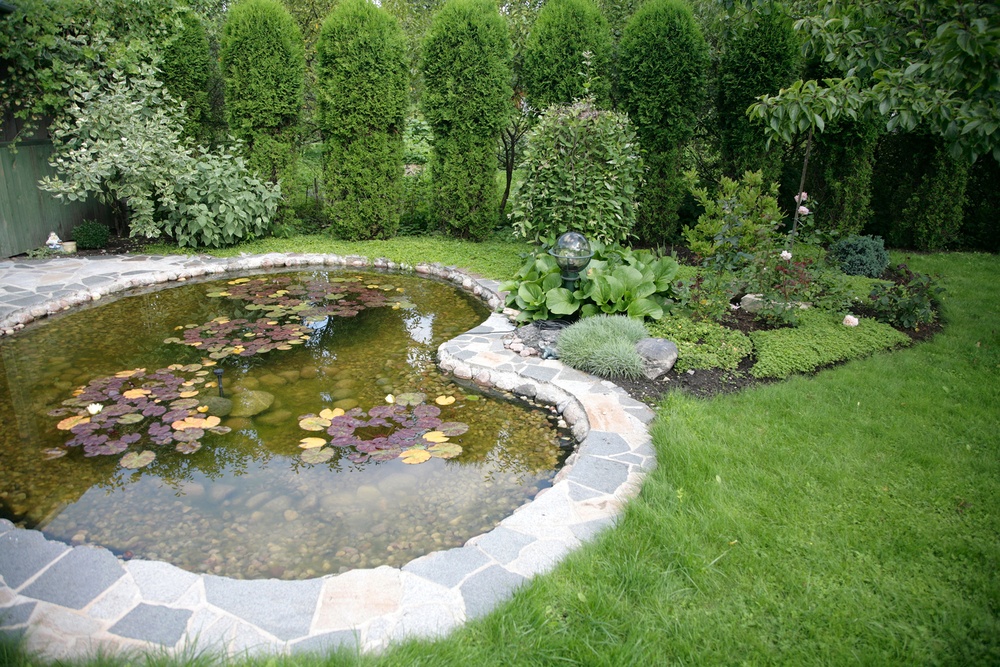 LESLIE: Water features like ponds or waterfalls can help turn your landscape into something special. And it also provides a focal point and it can help attract wildlife. 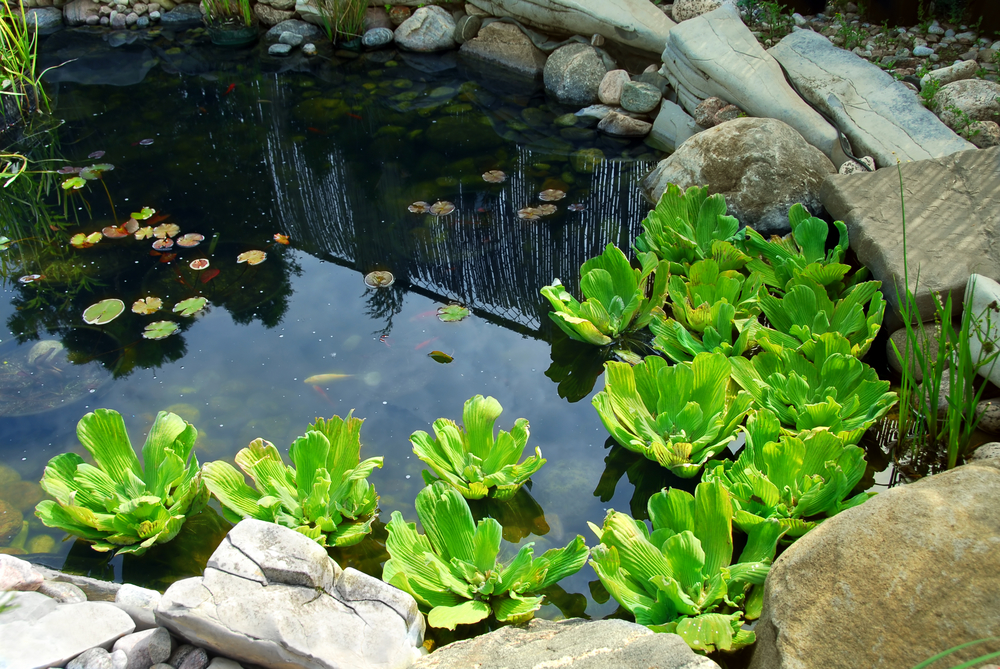 TOM: To dive into the details of water features, we welcome This Old House landscaping contractor Roger Cook. Welcome, Roger.

TOM: Yeah, let’s dive in. You know, there is something very nice about the relaxing sound of a water feature. It’s very comforting to people, so is this something that’s difficult to achieve? Are there a lot of options? Is it always a big project?

ROGER: It can be as difficult as you want or as simple as you want, depending on which piece you pick to go in the yard. There are garden centers everywhere that have assemblies that are premade that all you do, literally, is bring them to your house, plug them in, put a little water in and you have a little water feature.

There are others that we do that may be ponds that are 20 feet x 20 feet or bigger. And it all depends what you’re looking for.

TOM: So let’s talk about those bigger ponds. I think that’s what a lot of folks dream of. How do you build those? How do you keep the water in? It sounds like it’s putting in a swimming pool.

ROGER: Well, it is. Some of them are gunited, which is what they do when they do a pool and that’s primarily so that they can control it during the winter.

ROGER: We have some that we heat all winter. And it’s unbelievable to have the place all snow, no footprints and just a circular body of water and the fish swimming around in it.

ROGER: Sorry. The majority of them, they use their liners for the ponds and you can get those any size you want. And once you do your excavation and you line that with sand and then put the liner in, you go from there.

LESLIE: Now, do you use a preformed liner? I’ve seen a lot of those at the home centers: these random, blackened misshapened things that are like, “Ooh, it’s a kidney-shaped water feature.” Is it best to use one of those or are you kind of better to just sort of free-form one and then use the soft liner?

ROGER: Again, it all depends how much work you want to do. You dig a hole, you set in the kidney-shaped pool or (inaudible at 0:22:01) and it’s done.

ROGER: But the liner, you have to do more excavation, you have to put some material in, like sand, for it to set on and then put rocks all around it to hold it in place and cover it up. So it’s more work.

The ones that you’re talking about – the plastic ones? – you can change that shape a little bit by taking some boulders and laying them over the edge so you don’t see the edge. And then you can take some of that roundness off of them.

LESLIE: Well, I wouldn’t want to see the edge.

LESLIE: Not at all. I mean it’s essentially like taking a kiddie pool – minus the octopuses and the little, fancy sea animals on it – and sticking it in the ground.

We used to build these water features all the time on While You Were Out. It was always a fun project to do when we worked with our outdoor-landscaping guy, Peter BonSey. And he would say, “I want a cactus and I want water shooting out of the top,” and we’d have to figure out how to fabricate this cactus and then figure out what pump size to actually get the volume of water that we want to come out of the places that we want. And truly, the directions on the box of the pump say, “Oh, well, move this much water and blah, blah, blah.” And we would just buy three and plug them all in and see which one would do the best.

ROGER: Which one works, yep. That’s a great way to go.

The other thing is I always upsize them and sometimes they’ll have a dial on them so you can throttle them down a little bit. And that, to me, is always the best way because some people like it real loud, some people like a nice flow, so you can actually change it without changing the whole pump.

TOM: Now, if you are going to put fish in that pond, I guess that means it has to be deeper and heated.

TOM: A little more complicated to build that?

ROGER: There’s a couple tricks to get around that. Number one, you want to create a hole that’s maybe 3 to 4 feet deep. At least 3 feet deep. And that won’t freeze. And all the fish will congregate there.

Then we put out what’s called cattle heaters and they’re about 6 inches around. And they’ll heat the water just enough to let air exchange with the water on below. Sometimes, if it freezes over, then the fish can be killed.

TOM: Then you can put your mittens on, your hat and your warm, woolen jacket and go out and feed them.

ROGER: No, you don’t. Don’t want to feed them. Once the temperature gets below 50 degrees, they won’t process the food and they’ll die.

ROGER: So that’s the key.

LESLIE: Well, I can remember when we lived in the city, the house next door to us had a water feature in their backyard at the brownstone. And it seemed to almost totally freeze over and I’m sure, like you suggested, they had that deeper area. But we would always watch this interesting, orange sort of gathering that would happen and last all winter long. And you’d be wondering like, “Oh, they’re not going to make it until the spring.” And then sure enough, there would be the thaw and they’d all be swimming around again.

ROGER: Yeah, they’re hardier than you think. But some people – I have a guy in North Dakota I know who takes all the fish in, brings them in his cellar in a big tank and then puts them back out in the spring because I don’t care how deep the pool in North Dakota…

LESLIE: It gets much colder there.

TOM: Well, great advice, great tips. Roger Cook, the landscaping contract on TV’s This Old House, thanks so much for stopping by The Money Pit.

How to Fix Hard Water