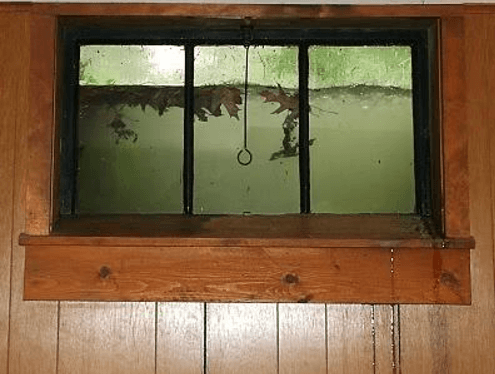 LESLIE: Alright. Now we’re heading over to Massachusetts where Eleanor has a problem with basement flooding. What’s going on?

ELEANOR: I have a water problem but it was corrected with the – I think we used one of the systems and they put a lower pump, an upper pump and an on-the-floor pump. But the water is coming in through the – where the floor joins the walls.

The pump is going every – probably every – not a minute. More than a minute.

TOM: OK. Now, does this water problem that you’re describing – does it seem to get worse when you have heavy rainfall, for example?

TOM: OK. So, that means that you have a poor drainage condition outside that absolutely needs to be addressed. All you’re doing right now is evacuating water that’s already getting down there. But you need to concentrate on why that water is getting down there. And the fact that it happens worse when you have hard rainfall is because the water is collecting at the foundation perimeter. The most likely source of that is a gutter system that’s undersized, clogged or the downspouts are just not extended out away from the house enough.

I see this time and time and time again. And it’s a shockingly simple fix if you can get them all cleaned up and extended out at least 4 to 6 feet. Once you’re confident that the gutter system is properly installed and working, then you can improve the grading at the perimeter. Sometimes, over the years, the soil will settle. And if you add more soil to it, you want to use clean fill dirt, slope it away from the walls. Then you can plant some grass over that or use some mulch or whatever you prefer.

But you’ve got to get that drainage condition straightened out outside of your house. Putting all these pumps in is just evacuating the water but you’re still going to have water – a lot of water – in the soil that’s going to freeze in the winter and put pressure on the walls. Doesn’t change any of that. So you just need to reduce the amount of water that’s getting there in the first place, OK?

ELEANOR: OK. Now, somebody suggested it might be a spring under the ground. Could it be?

TOM: No, that’s what everybody says, you know. “It’s got be a high water table. It’s got to be a spring.” No, you already told me that it’s absolutely not happening, because you said it gets worse when it rains. Water tables move seasonally and that’s not what’s happening here.

Water Leak Through Basement Wall Crack: How to Stop

Basement Flood: How to Adjust Downspouts and Grading to Prevent