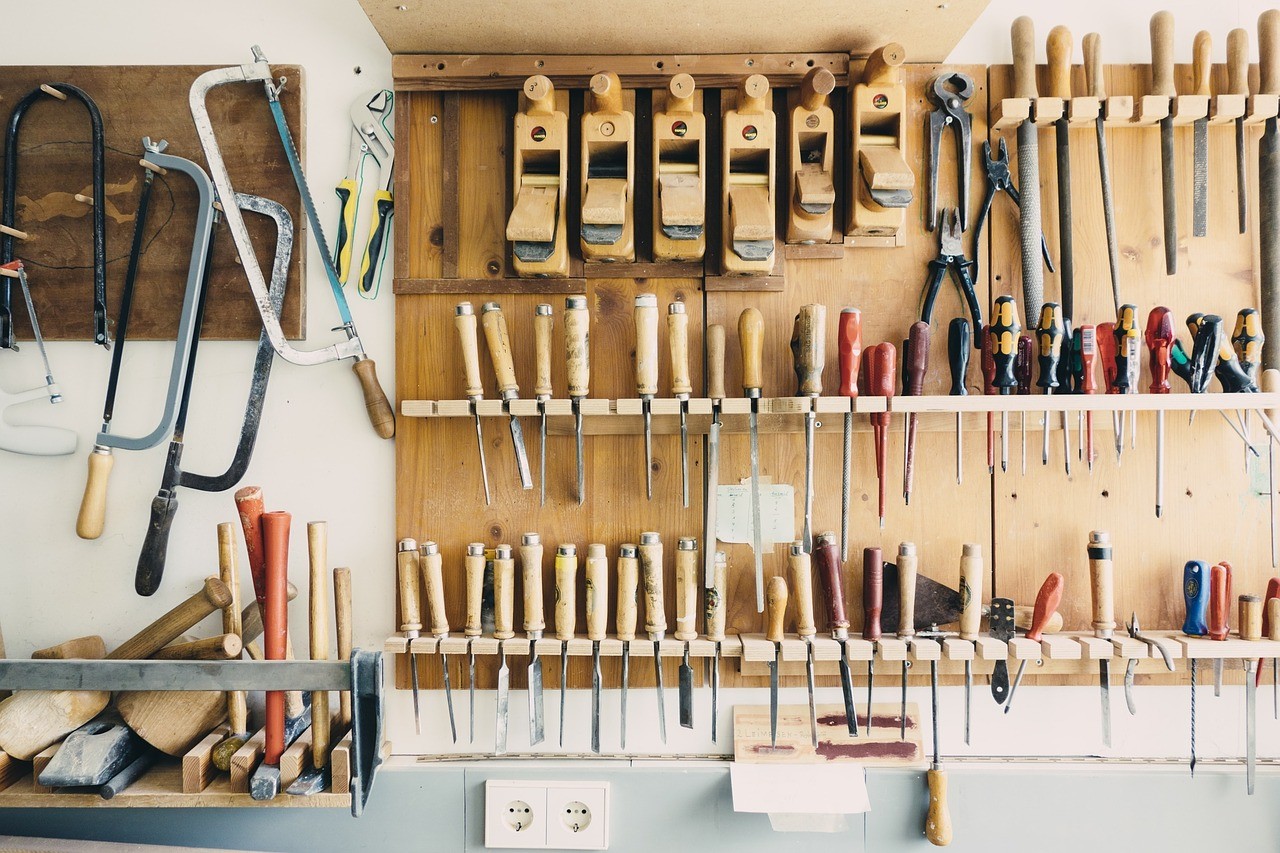 Options for Tool Organization and Storage

Options for Tool Organization and Storage

LESLIE: So do you feel like you’re always having trouble finding the tool you’re looking for? 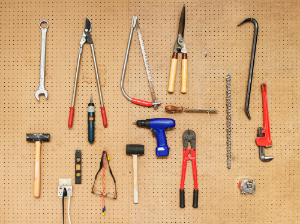 TOM: Well, if your workshop space is cluttered, disorganized or maybe even overflowing, a standard toolbox might not be cutting it for you. Here to discuss some better options is Kevin O’Connor, the host of TV’s This Old House.

KEVIN: Hi, guys. Great to be back.

TOM: So, when your tools are disorganized, I feel like it makes it really hard to get projects done. Do you agree?

KEVIN: I totally agree. How many times have you not been able to find the tool you needed, reached for the other tool and tried to use that instead?

TOM: Or usually about 2:00 in the afternoon, I’m starting to get tired after lunch. I get really spacey and it’s like, “Where did I put that tape measure?” – or whatever it is that you were working on.

LESLIE: It’s hanging on your belt.

KEVIN: I can remember hanging those little, tiny brads for the small pictures. The ones you don’t even need to secure (inaudible at 0:21:02)?

KEVIN: I can remember putting one of those nails in with a 20-ounce framing hammer, you know? And I was like, “Don’t hit your thumb. Don’t go too far or you’re going to put a hole in the wall.” Because I just couldn’t find my regular hammer.

TOM: Well, how can do-it-yourselfers maybe impose some order on all that chaos when it comes to tool storage?

KEVIN: Well, the good news is that the tool manufacturers are thinking about this and they’ve come out with a lot of new options recently.

So, the first one that I really love are interlocking toolboxes. And so, if you can imagine a plastic tool kit that contains a particular tool or a couple tools – and then it would actually lock onto a second or a third or even a fourth so that you can store them easily and you can carry them all at once. Festool makes a great one. They call it the Systainer. They’re very ingenious.

And once you start working with them, you kind of become hooked on them, because it’s sort of like …

LESLIE: Mm-hmm. There’s a lot of storage there.

KEVIN: There’s a lot of storage there.

LESLIE: And you know what? I like the ones that have that sort of dolly/rolling base.

LESLIE: So if you’re on a more permanent job site for a period of time, it makes it really useful. However, my five-year-old is convinced that it’s the greatest toy and it’s constantly detached from where it should be.

TOM: Right. Because he hops on and takes a ride.

KEVIN: There are very few people who set up all of their tools on the job site and will keep them in one place for, say, three, four or five months, like Tom Silva.

KEVIN: The rest of us are kind of doing it nights and weekends and such. And so we’re constantly breaking them out, packing them back up, moving them around. And so, being able to get them around and making them portable, I think, is critical.

TOM: Yeah. And it’s nice to be able to take those toolboxes apart and set each one where it needs to be and kind of set up your portable shop, so to speak.

KEVIN: Yeah. And I’ve got one with a sander and I’ve got another one with the sandpaper. And I know that those two are always sort of locked together so that when I grab the sander, the paper is coming with me. That actually saves me a trip more often than not.

And Festool is not the only people who make interlocking toolboxes. I know Bosch has got one out there, [Geo Storage Solutions] (ph) have got them out there. So, there’s lots of different options, whether they come with a particular power tool you bought or whether you’re just buying the box itself.

TOM: Now, so many people, especially pros that have a lot of these buckets lying around, simply use that spackle bucket to carry their stuff around. But there’s an improvement on that, as well.

KEVIN: Yeah. And so they’ve also figured that out, the tool manufacturers. You know, Duluth Trading has got the Bucket Boss and so it’s an apron that actually drapes over that 5-gallon bucket.

So everyone’s got one of those 5-gallon buckets hanging around and you can toss all your tools in there. But that’s going to make it very confusing and very disorderly. And so something like that apron that goes over the bucket, it starts to organize all of your tools. You can put in all the hand tools. It’s even got padded holsters for cordless drills and such. It starts to make it a really good way to organize your stuff and to haul it around your house or the job site.

LESLIE: Yeah. But I think, in that sense, the bucket’s getting kind of heavy. And if you’re transporting a lot of things – we had mentioned earlier that the stackable ones have wheels. But there are some pretty permanent guys that are rolling-ready and huge for storage.

KEVIN: I would love to have a couple of those guys in my garage.

KEVIN: Right? I mean I know Stanley makes a nice option out there. If I could have those roll-y storage containers in my garage, where you’ve actually got drawers and cabinets to organize it, that would be sort of the brass ring for me.

LESLIE: Mm-hmm. They’re gorgeous to look at, too.

TOM: I just saw one from Gladiator that was great. It’s a big, rolling tool chest, essentially.

TOM: It had drawers in it and so you can literally move it and park it. Slides under the bench when you don’t need it. You roll it out and move it over and …

LESLIE: That’s a good one.

KEVIN: It’s got the diamond-plated, too, right?

KEVIN: Yeah, I can feel myself growling for it right now.

TOM: So, sometimes, convenient storage is as much about organizing the gear. Any tips to help with that project?

KEVIN: So there was a time when I was living in downtown Boston in a four-story walk-up. And any time I wanted to build a little piece of a furniture and knock around, I had to go up to our roof deck and actually build it up there. And so you’re dragging everything up and down. Sometimes it’s in the car, sometimes it’s in storage.

And what I found was that I actually organized my tools by different containers and by different trades, if you will: a different bag for different things. And to this day, I still do it.

So I have a bag with all of my plumbing gear. Because let’s be honest: that pipe cutter or the torch that you’re going to solder with, you don’t actually go to it that often.

KEVIN: You need it but you don’t go to it that often. So why drag it around?

TOM: And it takes up a lot of room in the toolbox if you have it all in one.

KEVIN: Exactly. So I’ve got one bag; it’s got all the plumbing stuff. And I know that I’ve got the thing to clean the copper pipe with, I’ve got the flux, the solder, the torch, the cutters, the necessary wrenches. I’ve got another one for electric. I’ve got one for carpentry.

Sounds excessive but when you break it down to the little bags, now you can just grab what you need and know – “OK, I’m doing a carpentry project. Grab that one. I’m working underneath the sink? Grab that bag right there.”

TOM: Great tip. Kevin O’Connor, the host of TV’s This Old House, great advice on ways to get organized with your tool storage.