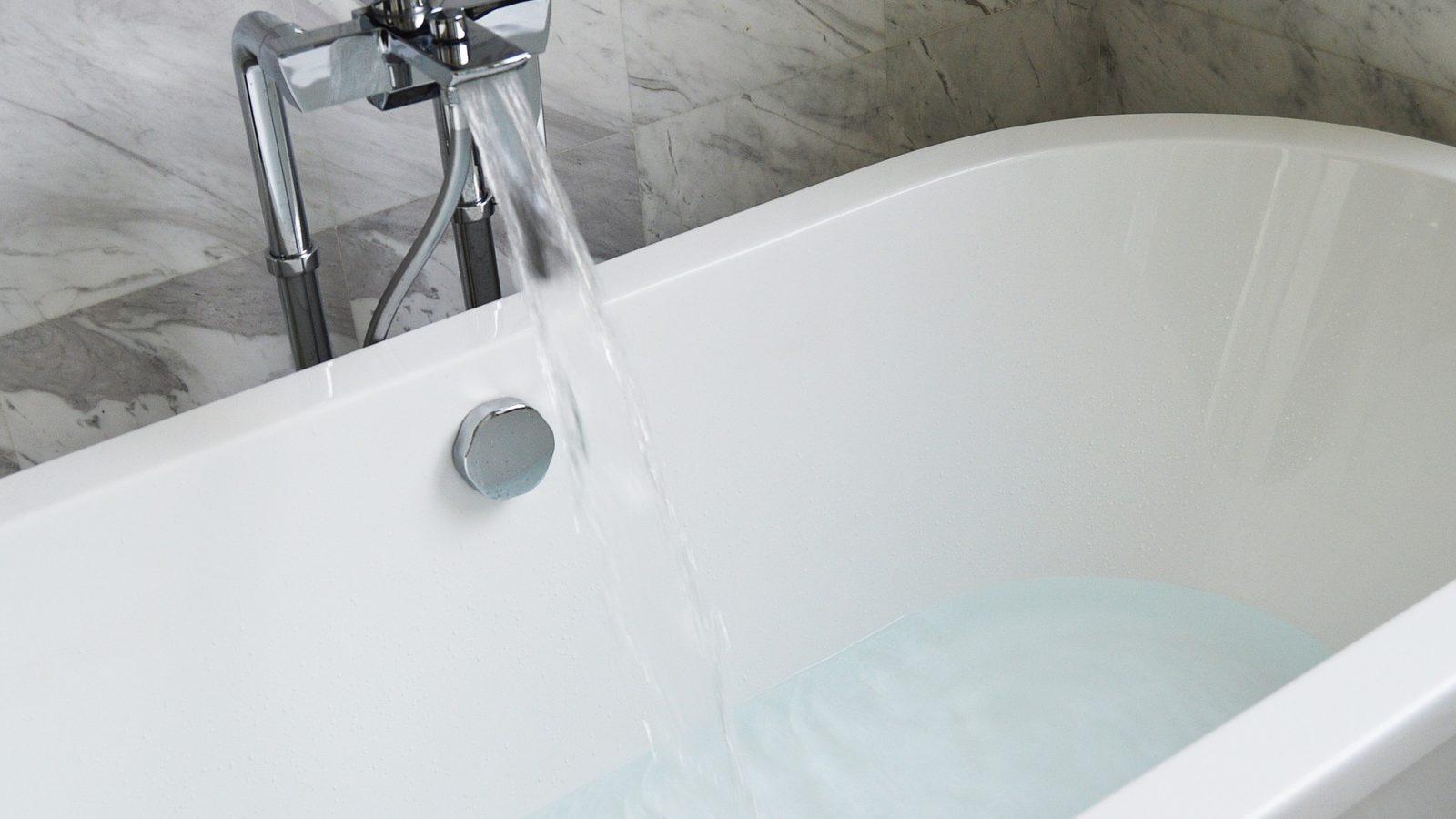 How to Update an Old, Worn Bathtub

How to Update an Old, Worn Bathtub

LESLIE: Well, bathtubs can last a lifetime but their finishes won’t. The good news is you don’t have to get rid of the whole tub just because it’s got a worn finish.

TOM: Well, that’s right. And there are a couple of options and both much less expensive than ripping out and replacing your bathtub. Here with details is This Old House plumbing-and-heating contractor Richard Trethewey.

RICHARD: Hey, guys. How are you?

TOM: We’re well. So, replacing a perfectly good bathtub because of a worn finish is a pretty costly proposition, isn’t it?

RICHARD: Yeah. I mean possibly. It can be a very big project and it can be two, three, four grand. It sort of could be well on the way to a full bath remodel. Most tubs are set right into the corner of the room, in an alcove or a corner, and they’re lapped. The flooring comes right up to it, the wall finishes come right down over the top of it.

RICHARD: Because you really want to have a nice, watertight seal. And then you’ve got to tie it in with the plumbing. And if you’re going to change that tub, it is not for the faint of heart. You have to rip out the floors, the walls. And you’re really on the way to a full-scale remodel. And that’s big bucks.

TOM: Yeah, it’s pretty much a gut-job bathroom remodel, which is very expensive.

TOM: So if we don’t want to go that route, tell us about …

RICHARD: You want to go cheaper, don’t you?

TOM: Yeah, we do want to go cheaper.

RICHARD: There you go.

TOM: See, you know that about me.

So, there are a couple of good options available for price-conscious homeowners that are just looking for a simple facelift. One is a tub liner and the other is tub refinishing.

The tub liners – somebody comes; they have a molded ABS cover sheet which fits exactly the tub you have in place. And it’s made out of the same material that football helmets are made of, airplane windshields. It’s very reminiscent of – you can go out to the home center or hardware store and get a liner for your paint roller to be able to put it down into the existing paint receiver, so you can put your roller in and then throw it out.

RICHARD: It’s really the same idea. And you just put it down, so – interesting. And it’s …

TOM: Now, does that make the bathtub any smaller, Richard?

RICHARD: No. It’s literally just molded right over the existing bathtub so you avoid breaking the plumbing connections and everything else to install it. The local rep comes out and he cleans the old tub with denatured alcohol, removes that chrome drain cover that you see and the overflow that you see inside the tub. And that’s just a couple of screws to undo that and you unscrew the drain. And then trims the liner so it fits perfectly against the wall. Because the walls won’t always be true, so he’s got to sort of scribe it in to make it fit.

And then, using a combination of two-sided tape – it’s actually made out of butyl – and some silicone adhesive, he pushes and attaches that liner right onto that old tub. Now he’s got to reverse the – what he did before. He’s got to put the new drain on, he’s got to put the overflow and then caulk the seams in. So you really – when you look at it, now you’ve got a nice, clean, beautiful finish.

And he’s going to get that done – probably four to eight weeks to get the liner. But then a single worker can put this in, what, six to eight hours. And it looks pretty cool.

LESLIE: And Richard, can it just be the tub? I’ve always seen these commercials where it’s the tub and the walls. You know, it’s almost like a whole new surround is overlaid. But you’re just talking about the tub here.

RICHARD: Yeah. There’s all sorts of products been around for years that can be replacement tub walls. I think the new sort of idea for people is that this is the tub liner so you avoid having to rip out that tub. But for years, they’ve had premade fiberglass or ABS tub walls that come in two pieces, come in five pieces or come in three pieces so that you can put them in and cover up the old tile and really get a nice, clean look when you’re done.

TOM: We’re talking to Richard Trethewey – he’s the plumbing-and-heating contractor on TV’s This Old House – about how to replace or perhaps not replace a worn-out bathtub.

So, besides tub liners, you mentioned tub refinishing. Now, the quality on refinishing projects seems to be pretty much all over the map.

TOM: We’ve seen some do-it-yourself projects and products that seem to be more like glorified paint.

TOM: And then we’ve seen some professional products that seem to take an awful lot of work to get done. What’s your take on refinishing?

RICHARD: Well, refinishing is hit or miss, as you mentioned. Reglazing or refinishing a worn-out bathtub is much more sight-intensive. My goodness, these guys come in in hazmat suits and they have to clean the whole thing. And then now you’re hoping that the guy has a good eye and a good hand to spray that glazing.

You ever see me spray-paint anything? I always have drips.

LESLIE: You, personally? I imagine it’s a disaster.

RICHARD: So, this is the same idea. First, you’ve got to – like any painter will tell you, you have to get the surfaces perfect before you start. So he’s got to come in and remove all the old caulk. You’ve got to wash the tub in hydrofluoric acid, a highly toxic agent.

RICHARD: And then he etches the surface so that the new spray will adhere. And then he’s going to spray two coats of this fast-drying epoxy and he just goes back and forth, back and forth. Cleans it with a tack cloth, makes sure he doesn’t breathe during the entire process. And then, finally, finally, he polishes out the tub. And that can take 4 to 6 hours and you could be back in 24 hours later. So, it’s interesting.

TOM: Wow. I mean it sounds like refinishing is an awful lot of work with certainly an uncertain result. The tub lining, though, is much more attractive and reliable and predictable, in terms of what you’re going to be at when you finish. Would you agree?

RICHARD: Yeah. The refinishing can be beautiful but I don’t think it’s going to last as long as the tub liner, as well. Because, again, when you’re refinishing it, you’re only as good as the combination of the installation itself and the prep that went underneath it. If you’ve got an old 100-year-old tub that’s got pits on it, it might not last forever.

TOM: Great advice. Richard Trethewey, the plumbing-and-heating contractor on TV’s This Old House, thanks so much for stopping by The Money Pit.