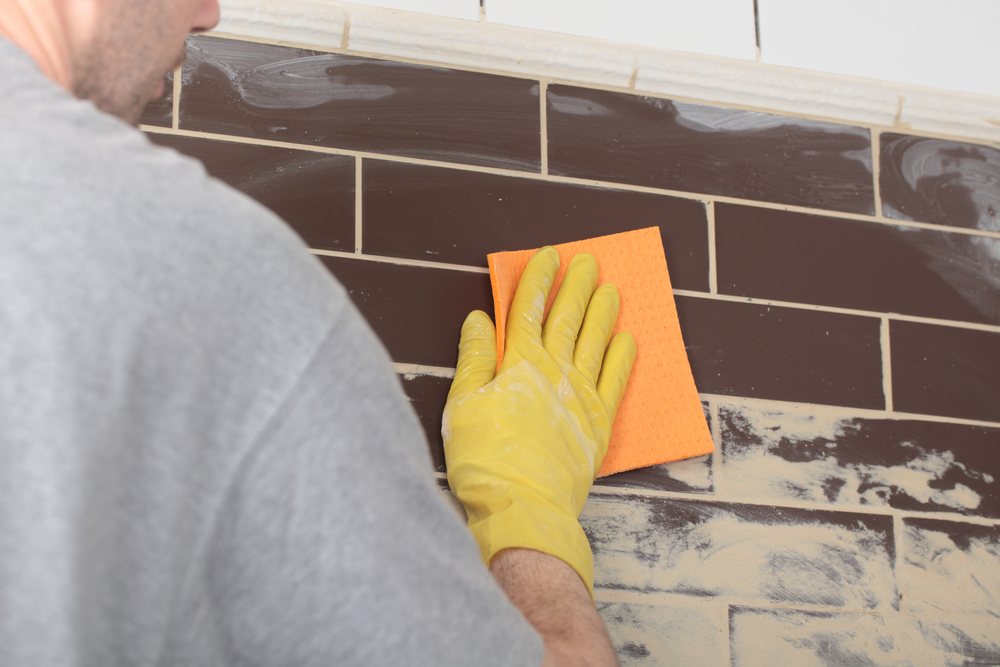 How to Repair A Cracked Tile

How to Repair A Cracked Tile

LESLIE: Ceramic and clay tiles are beautiful and decorative and they allow you to be as personal and creative as you choose, on both wall and floor applications. 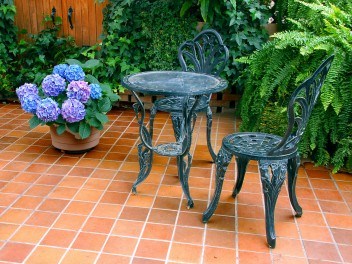 TOM: Yes. But even just one cracked tile can be an eyesore and throw off the look that you put so much thought into. Here to tell us how to restore the integrity of your tiled wall or floor is This Old House general contractor Tom Silva.

TOM: So, why do tiles actually crack? If they’re put down right to begin with, shouldn’t a crack be pretty rare?

TOM SILVA: Well, there’s the key word right there: if the tile is put down right.

LESLIE: If they’re put down right?

TOM SILVA: Well, I wouldn’t say that. Sometimes, there’s not enough adhesive underneath the tile. There may be an (inaudible at 0:22:59) under there. Maybe they’re applied over the wrong kind of substrate. Maybe there’s a screw in the back of the tile that may be popping out, pushing it out. There’s a lot of different reasons why it may crack.

TOM SILVA: No, there’s not a lot of flexibility in that hard product.

TOM: Alright. So, if we’ve got a cracked tile, we want to take out just that one tile. We want to do it in such a way that we’re not really disrupting the surrounding tile, which could be perfectly fine. How do we do that?

TOM SILVA: It can be tricky and it depends on the kind of tile that you have. But I like to start with, sometimes, a nail set and even a utility knife that it can scrape the grout out around the perimeter first, because you want to make room for this tile that you’re going to break out to move to. So, sometimes, a nail set or even a sharp punch that you can just break the center of the tile out in little pieces at a time and work your way around until you get to the outside perimeter.

TOM: What about – what’s that tool that saws stuff?

TOM: No, the RotoZip.

TOM: Or it sort of routs it out.

TOM SILVA: Yeah, RotoZip or even – there’s another saw: it’s an oscillating saw.

TOM SILVA: There’s a couple of different manufacturers of fine – and PORTER-CABLE makes those. And there’s a little, fine blade that’s carbide that you can get into that grout line. It actually vibrates it out. But sometimes, you don’t need to really use that.

TOM SILVA: I find that a utility knife really works great. You do less damage to the surrounding tile.

TOM: Alright. So we’re taking the grout out. Now, we have a little bit of room around that.

TOM: I’m sure that helps when you break it and sort of separate it, right?

TOM SILVA: So you break it out with that. And a putty knife or a dull chisel gets underneath the tile and it’ll allow you to scrape it clean and really scrape the area clean.

And then once it’s clean, if you can find a tile to replace it – and sometimes that can be difficult. So if you have an old tile that you just can’t find at the store, you look around under your refrigerator, you look somewhere in a corner or a closet. Maybe you can steal a tile from the floor. The trick to that is getting that tile out so that it doesn’t break.

LESLIE: In one piece.

LESLIE: Now, when you’ve got your area free of the tile, do you have to take out all the old adhesive that’s underneath so that you’re back down to whatever that subfloor initially is?

TOM SILVA: Yep. You want to scrape it down so that you have a nice, flat surface for it to go on.

Now, let’s say that the surface that you’re going to go on is really dry. So you want a thick – I like to use a thinset. So if I’m going to use a thinset, I’ll mix up the thinset and I’ll apply it to the substrate. I’ll lay it on there for a few seconds and then I’ll scrape it off. And then I’ll reapply it with the proper notched trowel. And by doing that, I’ve dampened the surface a little bit so that when the tile gets ready to set onto the thinset, the substrate below doesn’t take all the moisture out of the adhesive. So you want it to stick better and it will adhere better if the substrate is a little bit damp.

LESLIE: Do you do any investigative work, at that point, before you’re installing the new tile, to see if there’s movement or a screw or something that caused the initial crack?

TOM SILVA: Absolutely. Once you’ve got that surface clean, you’ll be able to see if the – maybe there was a joint in the plywood or if the substrate had a joint – and maybe you’ll have to apply a couple of screws on each side to fasten it back down. Or maybe there just wasn’t enough adhesive put under it.

TOM: I always used to note that the tiles that crack most frequently are the bigger ones. So the bigger the tile, the better the base, right?

TOM SILVA: A lot of people don’t realize that – sometimes you put the adhesive on the floor.

TOM SILVA: In some cases, you have to actually butter up the back side of the tile, too, to form a nice cushion for the tile. It’s got to sit flat.

TOM: We’re talking to Tom Silva, the general contractor on TV’s This Old House, about how to repair a cracked tile.

So, Tom, once we tear that tile out – we talked about maybe finding another tile, if you happen to have an extra. Guess you could run to a tile store, see if you could find something that matches. If not, opportunity for maybe some decorative tiles?

TOM SILVA: Yeah. Because if you can’t get a tile, what do you do? You know, you can have one made. There are manufacturers that can make them. It’s not cheap.

TOM: So maybe you put a few decorative tiles in there and you look at it like it was always supposed to look that way, right?

TOM SILVA: Yeah. So you go around, you get good at breaking out tile. But you have to break it out. But yeah, that’s the best way to do it.

TOM: Great advice. Tom Silva, the general contractor on TV’s This Old House, thanks so much for stopping by The Money Pit. Great advice.

TOM SILVA: Thanks. It’s nice to be here.