You are here: Home / How to Install a Storm Window

LESLIE: Well, if you have an older house with beautiful but drafty windows, then adding a storm window might be a smart move. 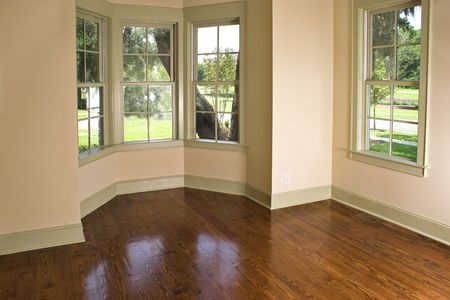 TOM: That’s right. But is this a job you can take on yourself? With the step-by-step on this project, we turn now to how-to expert, Tom Silva, the general contractor from TV’s This Old House.

And Tom, if you love your old windows, do storm windows still make sense as a way to save on those energy costs?

TOM SILVA: Absolutely. Storm windows are a great way to save energy, both air conditioning-wise and heating-wise.

LESLIE: You just can’t feel it.

TOM: And closing those storm windows, even in the summer, helps save on air-conditioning costs.

TOM: So, do storm windows all have to be sort of custom-ordered these days? Is that the norm for them?

There are different windows that – called either an Eastern or a Western. Eastern is also known as a tip-to-tip measurement: the outside or the widest or the highest measurement of that storm window.

TOM SILVA: And you have to figure out what part of your existing window you want that storm window to sit: either on the outside of the trim or inside the trim.

TOM: That’s a good point. And so you have to really know what storm window you’re going to order, obviously, first. And I’m sure the manufacturer is going to give you very specific measuring instructions, because that’s really the critical part here.

TOM SILVA: Absolutely. You always want to measure a window in three different locations: the bottom, the middle and the top. Take the smallest measurement and that’s the measurement that you’re going to give them. They will allow for the opening if you tell them it’s an Eastern, for example. That means it’s going to sit in between something.

You can give them a tip-to-tip measurement that sits in between something and that means that they’re not going to allow for that window to get into that space.

LESLIE: Tommy, does it make sense at this point, where measurements are so critical – I know when I’m measuring for a window treatment, if I have the company come out and take the measurements and there is any mistake, it’s their fault; they’ll remake it. If I measure it and there’s …

TOM SILVA: Guess who owns it?

LESLIE: That’s it. Too bad.

TOM SILVA: Right, right. Oh, well, listen, everybody makes a mistake. I’ve measured quite a few storm windows over the years and once in a while, you get a measurement wrong and you eat the window.

TOM: So if we have them measure them and we get the windows in, is this something that we can install ourselves?

TOM SILVA: Sure. They’re pretty easy to install. You’ve got to make sure that it – first thing, before you do anything, is you want to take the window and dry-fit it. Make sure it fits, OK? Now that it – you know that it’s going to fit, you can run a bead of caulking up the sides and across the top. Never on the bottom.

TOM: Because that’s got to drain, right?

TOM SILVA: You want it to drain. I can’t tell you how many windows – storm windows – I see where people go and caulk along the inside of their window sill.

TOM: They’re trying to do a really good job on those drafts.

TOM SILVA: They don’t want those drafts to come in. That is so important that that stays open. And you …

TOM: Yeah. Because how many rotted sills have you seen as a result of that, right? The water gets in and it sits.

TOM SILVA: A ton of them, a ton of them. It keeps me in business, so I think they should still keep caulking those sills. But it’s crazy. But you want to also make sure you use the right kind of caulking. You don’t want to use a silicone caulking; you should use a butyl caulking because the butyl will stay flexible forever. And a nice, thin bead is all you need; you don’t need a lot.

LESLIE: Now, does it ever make sense, depending on the type of window that you’ve got in your home, to also install interior storm windows? Or is that really in a historical, drafty window case?

TOM SILVA: Well, interesting enough, there are different types of storm windows: there’s an interior, an exterior. And on the exterior, there’s multiple choices: you can get metal, you can get a combination of metal and wood or you can get wood. All of them have glass in there, too. I don’t want to forget that.

TOM: So you kind of have to pick your poison here. I mean you – it’d be nice if you could just live with the beautiful, old window that the home was originally constructed with. But let’s face it: that’s going to be prohibitively expensive because they’re just not as energy-efficient as we need them to be today.

TOM: So beyond that, it’s really outside or inside. You’re going to see it; it just depends on where you want to see it. And then, of course, as you mentioned, the functionality really plays into this, too.

If you want to increase the efficiency of a storm window, you can actually add a coating to the glass. It’s a low-emissivity coating, also known as low-E. And what that does is it reflects the radiant heat from the inside of the building. When it tries to get to the cold, it bounces it back into the house.

It also will do the same in the summertime but unfortunately, people put their screens up unless they want to keep their air conditioning on. They put their windows down and that is actually a radiant barrier; it pushes the radiant heat coming off of that hot driveway or your neighbor’s house or the ground. It’s trying to get back into the house because, remember, heat is always trying to get to cold.

So if you have your air conditioner on, that heat’s trying to get in. That low-emissivity coating pushes the heat – that radiant heat – away.

Now, before we actually hang the storm window, it’s also probably a really good opportunity to scrape, prime and paint and clean up any worn areas of the existing old window, because now is your chance, right?

LESLIE: Alright. You can catch the current season of This Old House and Ask This Old House on PBS. For your local listings and a step-by-step video on installing a storm window, you can visit ThisOldHouse.com.

TOM: And Ask This Old House is brought to you by Stanley Tools. Stanley, make something great.

How to Keep Damaging Sun Rays Out of Your Home, Storm Windows Can Protect Your Home from the Elements, Add Beauty and Style to Your Garage Door, and more.

Home Improvements Skyrocket, How to Repair Broken Sash Cords, How to Budget for a Move and more