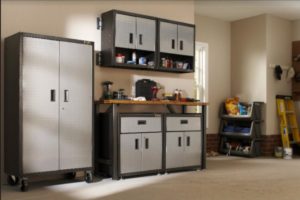 How to Heat a Garage

How to Heat a Garage

LESLIE: Well, if you’re an avid DIYer and happen to have a garage, you can bet there are many projects that get worked on in that space. 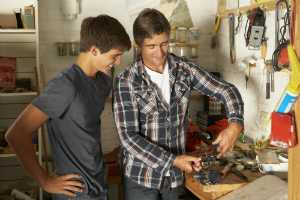 LESLIE: Ah, yes. But in winter, that gets pretty tough because the garage is the one place under roof that is not heated. Fortunately, there are a number of ways to add heat to the garage. And with us to talk through some of those options is Richard Trethewey, the plumbing-and-heating contractor on TV’s This Old House.

RICHARD: Hi, guys. It seems like I’ve been in the garage for about 35 years.

TOM: But the garage is one of those great, untapped spaces for a workshop, for a hobby area or for lots of other things. Yet heat is all that stands between using that space year-round or simply using it seasonally, right?

RICHARD: Well, adding garage heating is a task that’s become very common for homeowners. I mean they really want to extend the living space. Dad wants a place to hang out away from the teenage kids. And today, garages are laundry rooms, they’re workshops, they’re play areas. They’re even niches for pets. So some people even do garage conversions to turn it into almost a man cave or a mommy cave.

TOM: So, you have to make a decision when it comes to how you’re going to heat that garage. I think some folks might think, “Well, why can’t I just extend my existing heating system?” But it’s not quite that simple, is it?

I think you should look at – first and foremost, you look at a conventional – what they call a “wall furnace.” Now, this would be a – you’d look at it and it looks like a conventional furnace except that it is molded or stuck to the wall.

RICHARD: And now, it’s usually gas. It could be LP or propane. It could be electric. And now, you are going to – if you have flue products – if it’s gas or – if it’s gas, you’d have a vent to outside. The key to this, if you have a garage where an automobile will be there with fuel in the automobile, with paints that could be flammable, you have to make sure there is no chance of any flame coming in contact with those fumes.

So you need to have – be safe. And so, these wall furnaces work perfectly. In that case, you’d have – the air that’s in the room would be brought in through the bottom of the wall furnace, through a filter. It would get heated or cooled – rarely it’s going to be cooled for a garage – and then it would come out through the high discharge here. But the key is that the flue products – the part that’s got the heavy flame in it – it goes to outside.

TOM: Now, that’s a good point. I remember from all the years I spent as a home inspector, I think the open flame in a garage has to be no lower than about 18 inches off the floor, right?

RICHARD: Because the mandate is if somebody spilled a bucket of paint and it came right across the floor and could be lit up by the water-heater flame, which is so low, it’s totally dangerous.

TOM: That’s why we see the plumbers put them up on a couple of blocks.

TOM: So you see them up above that level for all …

RICHARD: You can’t be too safe when you have fumes like that.

TOM: Now, aside from the gas-fired, forced-air systems, what about infrared? That seems to be somewhat popular these days.

RICHARD: Yeah, infrared is pretty interesting. Because even in a nice, tall garage, you could use this flame. And that really heats by long-wave radiation. You have this glowing face. We’ve seen radiant-style burners in some outdoor grills. This is an infrared. Again, you want to be sure, even though you have a flame there, you want to be sure that you’re pulling the flue products out and vented. It can’t be an unvented one. There are special gas, infrared, radiant heaters that are made strictly for garages and approved as such. So make sure you do it right if you’re going to do it.

I think that’s one of the places where it’s just – it’s a new tool for us and we’re loving it. Because now you could put this unit high on the side wall in that garage and not only do you get heating in the winter, you also quietly, carefully, gently get cooling in the summer. And that means you use that space all year round.

TOM: So we’re talking about the same type of split-ductless system that you might use in your house.

RICHARD: That’s right. You’ve seen them before. They’re about 3 feet long. They’re about 14 inches high, about 6 inches off the wall. It’s sort of a – they call it a “high-wall cassette.” And it’s got – it has a remote, like a television, that you can set your thermostat and turn it on, turn it off. It also dehumidifies beautifully.

TOM: Now, Richard, one of the challenges of heating a garage has to be dealing with the huge garage door, which is not known for its energy efficiency, for the usual reasons.

TOM: Is there a way to kind of help insulate that space and block that space between the outside and the inside?

RICHARD: Well, commercial spaces – you know, commercial auto-body shops and things like that, they’ll use a thing called an “air curtain.” And that will be an actual blower that is a long, skinny blower, which actually goes right above the garage doors. And what happens is if you create an air curtain, like a wall of air that’s just streaming down, it sounds inefficient. But actually, what you’re doing is you’re creating an invisible wall which keeps the air that has already been conditioned inside the building.

So you can have the – and you can still pass through it and not lose it all. And then it’s really a powerful way to keep energy inside of a building. And that used to be it was only for commercial spaces. Now, we see them for residential application.

TOM: Now, with garages, they’re typically not very well insulated. In fact, only the wall between, say, the garage and the main house has insulation in it.

TOM: So you don’t want to overlook the fact that if you’ve got some open walls, it’s going to help you if you add some insulation, too.

RICHARD: That’s right. Insulating, you can’t do it enough. But the fact is, with this garage, you’re not going to bring it to 68.

TOM: Take the edge off a little.

TOM: Alright. Richard, you always take the edge off us when we’re here.

RICHARD: You guys are great.

TOM: Thank you so much for stopping by The Money Pit, Richard Trethewey, the plumbing-and-heating contractor from TV’s This Old House.

And This Old House is brought to you on PBS by Lumber Liquidators. Hardwood floors for less.

Stressed out by Garage Clutter? Here’s How to Get Organized

How a Heat Pump Works

All About Heating Tools: Soldering Irons, Heat Guns and Torches

Adding Radiant Heat to Your Floor