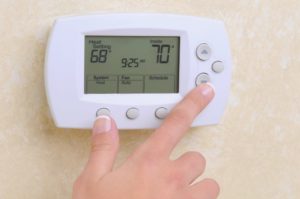 LESLIE: Well, every home seems to rely on their heating and cooling system to maintain comfort all throughout the year. But what do you do when one room’s too hot, one room’s too cold? Do you start doing science experiments and adjusting vents and thermostats? 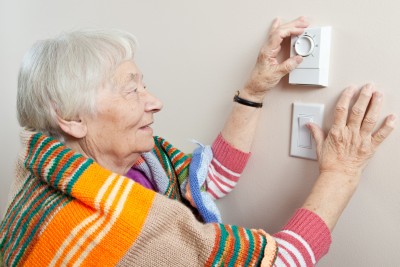 TOM: That’s right. And in order to compensate for those uneven temperatures, many homeowners often open and close vents, they wear layers or they fiddle with the thermostat throughout the entire day which, of course, does nothing to solve the problem and definitely drives your energy costs up.

There are better solutions. And for advice on how to do just that, we turn now to Richard Trethewey. He’s the heating and plumbing expert for TV’s This Old House.

TOM: Now, listen, all that bouncing of the thermostat up and down all day, that has got to add to a lot of wasted energy, right?

RICHARD: Right. I mean hot and cold spots throughout the home are not only annoying, they’re also inefficient. It usually comes down to poor ductwork. You know, we’d love to make the assumption that the first person that did the engineering to do the heating system in this building calculated exactly how many ducts, calculated exactly what size the ducts would be, calculated exactly the right amount of air coming out and then put the – everything in correctly. Well, it’s not always the case.

TOM: It just doesn’t happen. And so we end up with areas in our house that are too hot, too cold. I’ve got an addition. I have an old house: 1886. The kitchen is an addition that was sort of bolted on after the initial construction. So now you have an addition that has more sides that are exposed to the weather. That room was always hotter in the summer, was always colder in the winter. And we had to add heat to it and we had to add air conditioning to compensate because, basically, it was calling for more BTUs than we were delivering.

TOM: And that’s a condition that is really faced by many people across the country in problem areas like, for example, rooms above garages, rooms are at the end of the building, as far away from the HVAC system.

TOM: So if the guy that put it in initially got it wrong or if there were just changes in the building over the years, what are some of the ways that you can attack that?

RICHARD: Well, I think zoning is underutilized in this country. There are mechanical zoning dampers that can be added to a hot-air system that can – like in the case of your kitchen, I’ll imagine that that’s probably the farthest room away from the furnace.

With zoning, we can say, “No, let’s shut off the air that would’ve or might’ve gone to the second floor and drive it to the farthest or hardest-to-heat place.” And that would be your kitchen.

RICHARD: No, the same ducts. All we’re doing is putting in motorized dampers in strategic places inside the duct system.

RICHARD: And that really is – that technology is out there, that technology is now perfected. So many of the heating industry just says, “Oh, I don’t want to do that. I’m not sure I know how to do that,” and so they’re down on what they’re not up on. But zoning is a very important sort of thing to be able to do deliver comfort and to save energy. Many times, we have a furnace that is heating up a very big part of the building but we really only needed the kitchen or the den to be heated.

TOM: So unlike hot-water zoning where we really do have separate sets of pipes, with zoning in hot air, we really use just one set of ducts but we just control and balance the flow, to put it where we need it, when we need it.

RICHARD: That’s right. That’s right. And what we need to do is to be able to match the furnace’s size or power. If you’ve only got one register open, you don’t want that full-size furnace on. So some of these modern furnaces can now talk in concert with the zoning system.

TOM: We’re talking to Richard Trethewey. He is the heating and plumbing expert for TV’s This Old House.

Now, aside from the duct system, thermostat location can sometimes be problematic if it’s not in the right position. You could get false readings and false communications to the heating and cooling system, right?

RICHARD: We’ve seen everything. We’ve seen thermostats behind the television and the TV is giving out – the big flat screen is giving off so much that …

RICHARD: Right. We’ve seen people that put a wood stove in right next to the thermostat and satisfy the thermostat so the rest of the house doesn’t have any heat.

RICHARD: We’ve seen everything. It really needs to be in a representative location to be able to sample what the building’s looking for.

TOM: Now, aside from laying out the ducts improperly or putting the thermostat in the wrong place, sometimes the initial contractor just gets the duct size incorrect or the size of the HVAC system incorrect, correct?

RICHARD: Oversizing of mechanical equipment is the number-one energy waster in the home heating system. Everybody, if they were – if the HVAC industry was designing a car, they’d put a V12 engine into the equivalent of a Volkswagen. They want to be safe, they want to have plenty of power but it actually leads – it works completely against you. Because if you’ve got too big of a furnace or a boiler, it comes on and it shuts off, comes on and shuts off. It gives you too much heat and then it doesn’t give you enough. And so it cycles.

Now, try doing that to any device. Do it to an automobile. Turn it on and off every minute. You wouldn’t be efficient, it wouldn’t last and that’s what we’re doing. So, we’re sort of – and the consumer is the unindicted co-conspirator, because if they have a contractor come in and say, “I’ll give you a 100,000 BTU furnace,” and somebody else says, “I’ll give you 150,000 BTU,” people will buy the bigger one, like they’re buying meat.

TOM: You want to apply the Goldilocks principle: not too hot, not too cold; we want it to be just right.

TOM: Richard Trethewey, the plumbing and heating contractor from TV’s This Old House, great advice. Thanks so much for stopping by The Money Pit.

LESLIE: Alright. You can catch the current season of This Old House and Ask This Old House on PBS. For your local listings and some step-by-step videos on how you can repair a laminate countertop, visit ThisOldHouse.com.

Heating & Cooling Tune-Ups You Can Totally Do Yourself

How to Keep Your HVAC System Balanced

How to Update Your Air Conditioner