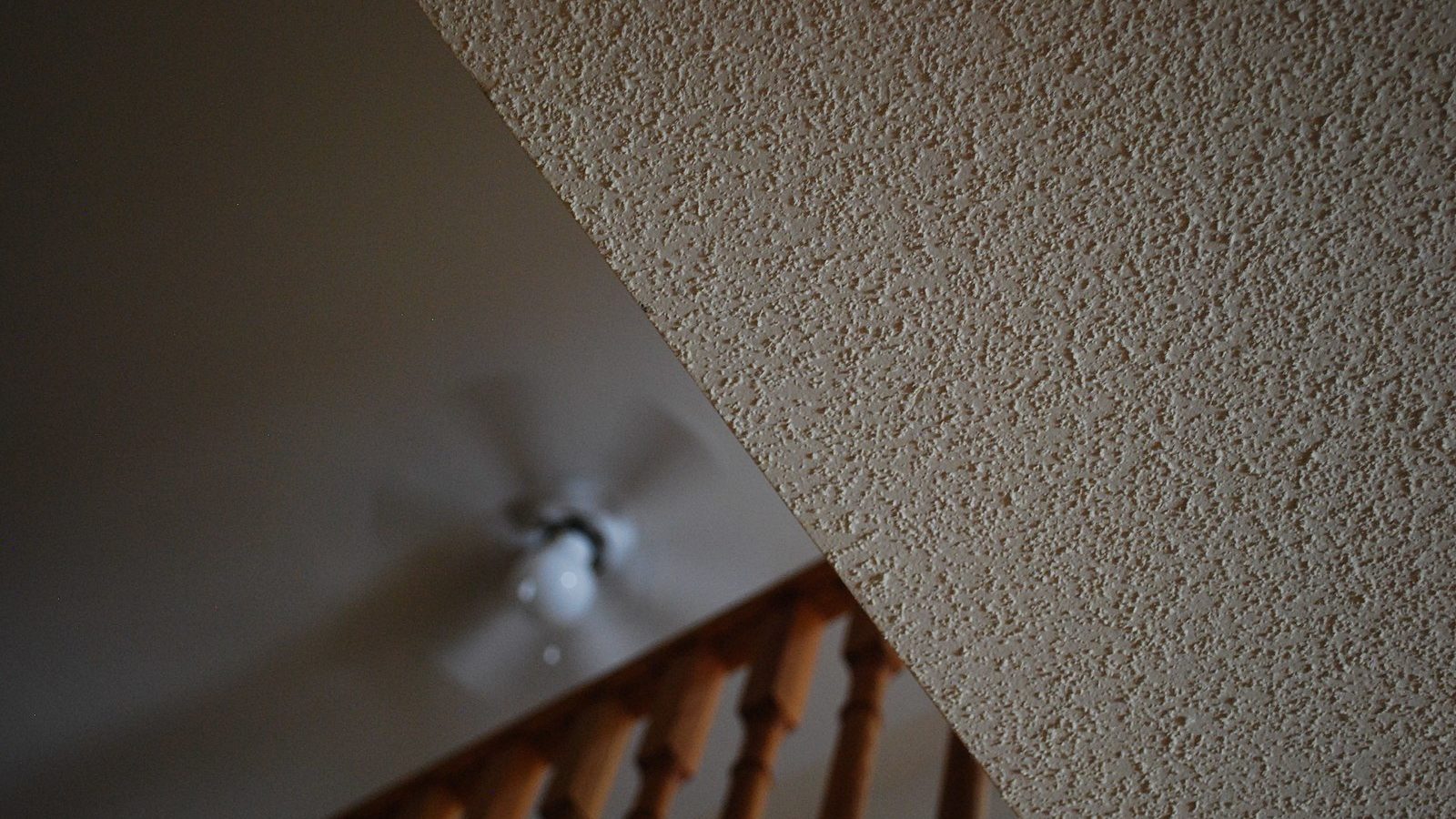 LESLIE: Now we’ve got Ben in Illinois on the line with a popcorn-ceiling question. How can we help you today?

BEN: Yes, it was. They had this popcorn ceiling all the way in the TV room, uninterrupted, that goes through the kitchen.

BEN: And uninterrupted flow goes all the way down the hallway.

TOM: OK. So what happened? Did you have a leak or something?

TOM: So, is the popcorn physically damaged except for losing a few kernels, so to speak?

BEN: Well, there’s still a little bit of staining on the stuff that didn’t fall. But there’s some sections that did.

TOM: You’re going to have to repaint the popcorn ceiling. And it’s kind of a pain-in-the-neck job but it can be done. The key here is this: you want to use a very, very thick roller and one that’s slit. The rollers are about ¾-inch or even an inch thick and they have a slice, kind of, in them every inch or so. And so it uses a lot of paint.

And the key thing is you’re going to want to use a primer first. Don’t just do this with topcoat, because that leak stain will come right through. So you prime the popcorn ceiling first and then you paint it.

Now, if you’re missing a bunch of area of popcorn and you want to touch that up, there are a number of companies that make popcorn-repair products. One of it’s called Homax – H-o-m-a-x. And they have a spray where it’s as easy as using an aerosol spray-can that you basically shoot up there and it will replace the texture. So you can kind of fill in the area where some of that material has come off. And then, since you’re painting, you paint the whole thing over again.

Now, whether you go from end to end in the house is up to you or whether you, you know, just kind of decide where you’re going to stop painting. That’s your call. Maybe there’s a natural place for that, maybe there’s not. But you have to paint it; that’s the only way you’re going to be able to get this to look normal again.

And by the way, one final thing, when you do paint it with the topcoat, make sure you use flat ceiling paint.

BEN: Gotcha. And I guess a two-prong question here, if I still have time. To fill in those spots where the popcorn ceiling came off, how do I avoid this major overlap if I use this aerosol spray that’s supposed to fill in?

TOM: Well, you’re just going to kind of thin it out in the areas where it already exists and then go a little bit heavier. You have some control over it. It’s not going to look like a patch. It will be whiter than everything else but you’re going to paint this whole thing, anyway, when you’re done. So, what we want to do is really just replace the texture and then you’re going to paint everything. And so it’ll all blend in nicely when it’s done.

BEN: OK. And I would plan on doing a transition: maybe a fancy wood deal that goes over to block that TV room ceiling off from where it goes into the kitchen. And I could connect it to the kitchen counters that extend out a little bit. That way I wouldn’t have to do the non-damaged sections and repaint them, as well.

TOM: Why don’t you do that after you paint the section that’s damaged and see how you like it? Because you’re going to – you’ll be surprised with how dirty and dingy that ceiling has gotten when it has some new paint against it. It’s going to look pretty fresh and clean and might inspire you to do the whole thing.

BEN: And that just might. That’s a very good point. I appreciate that very much, Tom.

TOM: Three most expensive words in home improvement, my friend: might as well.

BEN: You got it right, brother. OK. Well, you got me motivated.