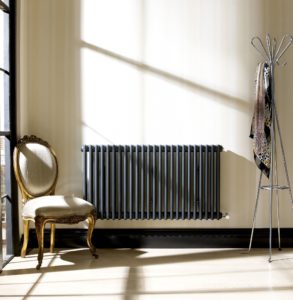 How to Fix a Cold Radiator

How to Fix a Cold Radiator

LESLIE: Well, steam and hot-water radiators can be nice and comfy in cold months but occasionally, that radiator might be colder than your toes on a winter morning. And I have cold feet. (inaudible at 0:20:47).

TOM: Well, we can solve that problem with the help of Richard Trethewey, the plumbing and heating expert for TV’s This Old House. 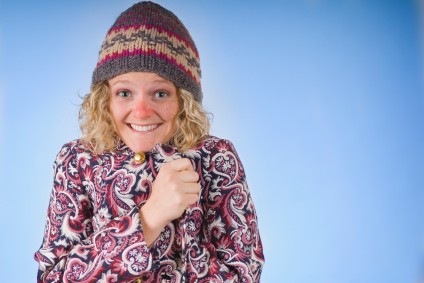 TOM: Why don’t we start by talking about the difference between a hot-water radiator and a steam radiator. Because for most people, they look exactly the same.

RICHARD: Alright. When you look at a radiator, if it’s a steam radiator, it generally will have one pipe coming into it. If you look at hot-water, it’ll have two; the water actually comes in from one side and circulates through the radiator and out the other.

With steam, it comes in through the single pipe in the form of a gas steam and fills that radiator. And when it comes up, it has to move all the air out of the radiator through that little air vent that’s on the far side, away from where the pipe is coming through the floor. And you’ll hear it hiss and it’ll hiss until the radiator – until the steam hits that vent and then you’ve got steam.

RICHARD: Now, that steam will stay in the radiator, give off its heat to the room. And when it does, it will turn back to water and go back down through the very same pipe that steam used to come up through. So, with that, you’ll always hear some noises. It’ll always be on and then off.

With hot water, you won’t hear any noises, generally, right? It’s going to have a circulator pump somewhere in the system that moves heated water through the radiator. And it should be comfortable.

Now, if you don’t have heat in either radiator, air is the culprit one way or another. In the case of the steam radiator, it’s that you’ve got air in the radiator that you can’t get out because the vent doesn’t – isn’t letting the air out. And in the case of a hot-water radiator, you’ve got so much air in the radiator that the water can’t circulate it, much like when you lose the prime on an aquarium pump, you know? You’re just not going to get it to flow through that filter. So, in both cases, we need to get the air out and so you really need a good vent that works beautifully on a steam radiator. And they’ll hiss like crazy and do the job.

And then with a regular hot-water radiator, oftentimes you may have to come with a screwdriver or a little radiator key, if anybody still knows what they look like.

RICHARD: And you go to the far side. And you just have to bleed a little bit of air out of the top but you shouldn’t get a lot of air back into a radiator – a hot-water radiator. Once you’ve got the air out, it should stay out if the system is done well.

TOM: Yep. And I have a hot-water radiator key and we do have to do that occasionally, because we do get some air in the system.

TOM: And you’ve got to be careful, because the water is very hot.

TOM: But you don’t get a lot of air but that little bit of air really has a big blockage effect on not letting that radiator get up to full temperature.

TOM: Now, in terms of the steam radiator, you said you have to change the vent to make that happen.

RICHARD: Sometimes. Another tip that I want to share about a steamer is some people don’t want heat into a steam radiator. They might live in an apartment building where the steam is coming up too much and they’ll reach down and try to turn off the valve down at the floor, where the pipe comes into the radiator.

RICHARD: And that valve rarely, if ever, holds, because it’s been exposed to 212-degree steam its whole life. If you actually wanted to stop the radiator from heating, go to where the vent is and turn it 180 degrees so that the vent that used to stick straight up now sticks straight down. Be careful. And if you do that, it’ll no longer vent.

TOM: And then the air will naturally form and it’ll block the radiator. Wow.

RICHARD: It’ll block it. And so that’s the only way it can – now, they have a fabulous, little thermostatic vent that’s available that you could put on the air vent, that would feel the temperature in the room and stop the air from venting. They’re not – I don’t see them widely used in this country but they’re – it’s a great – it’s a non-electric valve that would sit right near the radiator. We’ve shown it on Ask This Old House a couple times.

TOM: And that, essentially, really manages how much air you get in there now.

RICHARD: That’s right. It makes a steam radiator be properly zoned by – according to temperature.

TOM: And an easy way to do that. Because you always think of steam as not being something that you can zone.

LESLIE: No. And if you’ve ever lived in a Manhattan apartment, you know it’s either freezing or 8 million-zillion degrees.

RICHARD: Yeah. Someone could go from apartment to apartment in Manhattan and sell these things like crazy, because they work. They work great.

TOM: Yeah. But people wouldn’t buy them, because they’re not paying for the heat; the landlord is.

LESLIE: Right. But I mean …

TOM: That’s why you go down the street and you see every window open in January.

RICHARD: We call those “double-hung thermostats.”

RICHARD: I can’t imagine that can continue with the cost of fuel going where it is, though, that we can live in a society that could have all the windows open all winter. We have to find a way to put the right amount of heat into the right units and not just have it bleed and drip out of the windows.

TOM: We’re talking to Richard Trethewey. He is the plumbing and heating expert on TV’s This Old House.

Richard, we’ve been talking about predominantly cast-iron radiators. What about the baseboard radiators? Do those, also, get cold sections – hydronic radiators – and how do we address that?

RICHARD: Those, a little bit of air will affect their ability to heat even worse than a radiator, because there’s no place to lose air in it. If you have air on a loop, a baseboard that’s big enough, you’re not going to get any heat out of it, so you’ll know right then.

And with that, there’s not going to be any place to bleed those pieces of baseboard, generally; you have to do that down in the basement. And it’s generally done by a professional where it would purge what we would call – is purge out the entire loop.

RICHARD: Yeah. So push – so burp – sort of burping the entire hydronic loop of which that zone was made up, just to burp that air out of the system and get water so – fill in the pipes.

TOM: And that leads us to our last question: when do you know that you need to call the pro in to do this? It seems like using a simple radiator key is pretty easy but where do you draw the line and get somebody in that really knows what they’re doing?

RICHARD: Show me when the water is going from the second floor down to the first floor through the ceiling.

TOM: Alright. We’ll leave it at that. Richard Trethewey, the plumbing and heating expert on TV’s This Old House, thanks so much for stopping by The Money Pit.

RICHARD: Great to see you guys.

Types of Radiators: Pros and Cons for Best Heating System

How to Fix a Cold Radiator, How to Choose Luxury Bedding, Bargain Hunting Tips for Presidents Day Sales, and more

How to Patch a Radiator