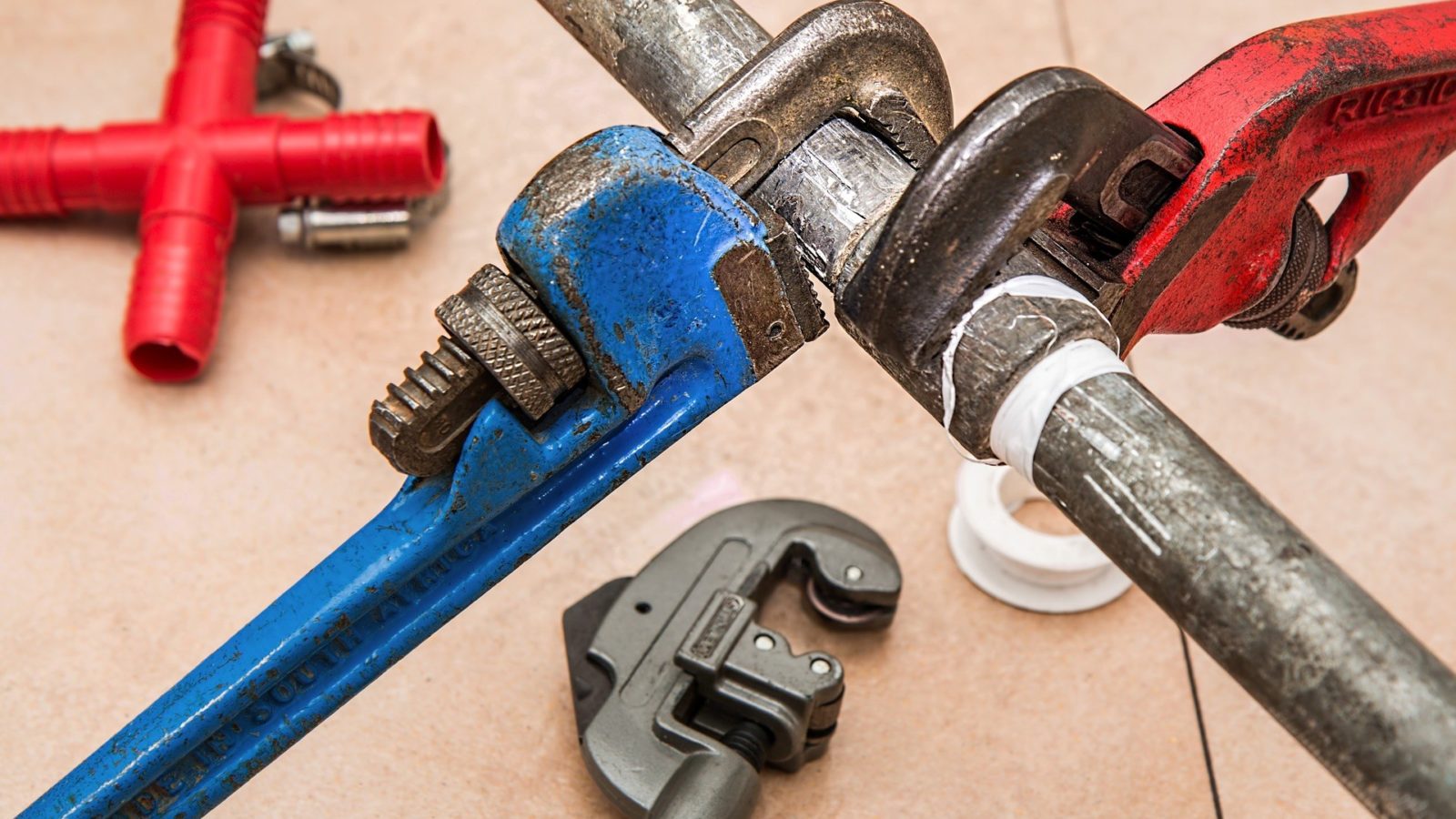 LESLIE: Well, if you love old homes, you know that they can definitely have personalities. And some of that personality can come out in the way of a noisy plumbing system.

TOM: With us to talk about some of those sometimes mysterious sounds that your plumbing system can make is a very popular plumbing personality: Richard Trethewey, the plumbing and heating expert on TV’s This Old House. 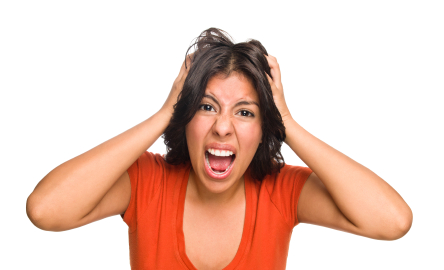 TOM: So, I guess the question is: are all those banging and clanging noises that we hear from both our plumbing and our heating systems just a nuisance or can they potentially signal a more serious problem?

RICHARD: Well, I am the pipe whisperer and I can hear sounds that nobody else can ever hear.

It’s usually telling you something. It’s usually – we laugh on Ask This Old House that so many of the letters we get are about people trying to describe the sounds in their houses.

RICHARD: It slows down and then it does it again 20 minutes later. And so you’ve really got to look for where that pipe is rubbing against any wood, because that’s part of it, or anywhere it just can’t expand. And so there’s a whole bunch of tricks that we’ve done through the years to try and release this thing so it can expand.

LESLIE: But that’s really not an issue of concern; it’s just more of a nuisance, correct?

RICHARD: Well, if it wore long enough – it that pipe rubbed back and forth against wood or metal over time, it could wear the sidewall of the copper pipe and you could have a little pinhole leak, yeah. So it …

RICHARD: Yeah, it’s not really heavy, heavy-duty, so – particularly the heating pipes are a little bit even thinner than the water pipes are.

TOM: So how do you diagnose that? Do you have to isolate that pipe that’s making the noise?

RICHARD: Well, you listen for it, try and – it’s always best at night; it’s always best when you’re asleep, trying to sleep. If not, you’ll keep – there’s no other noise in the house. And then you’ll find it. And then, usually, you can look where the pipe comes through the wall. And you might take a little bit of cardboard or the matchbook and sort of put it in so it releases that pipe from rubbing against the wood.

And it’s a piece – you’d be surprised. We did one where the whole thing was so loud on the show that it just made this noise that woke people up. And we looked and it was – the pipe was so long when it was first installed, it had no room to expand.

RICHARD: So it just was pushing the outside wall out a little bit. And we cut it shorter and fixed it.

LESLIE: I think another call that we get a lot at The Money Pit is about something called “water hammering,” or they’re hearing this loud clanging and banging when they’re getting the hot water running.

LESLIE: And they immediately think something is horribly wrong.

LESLIE: But in that situation, again, it’s just a rubbing situation or – how is that?

RICHARD: The thing that makes it happen, the water is going through the pipes to any fixture. And if the fixture is what they call a “quick-acting valve,” like a washing-machine valve that suddenly shuts off or a dishwasher valve that suddenly shuts off – now, the water has a certain amount of inertia going through the pipes. And all of a sudden, it stops so suddenly that it’s as if you’ve now taken a hammer and hit that pipe. The water is actually creating the bang, the noise.

So we’ve installed, through the years, a thing called a “water-hammer arrestor.” It’s really like a shock absorber for your car but it’s a little sphere with a little neoprene bladder in between, so it – when the water comes, it can sort of be absorbed into that bladder, like a little bit of a shock absorber. And they work; they really do work.

TOM: And that absorbs the energy and stops the pipe from shaking.

TOM: Also a good idea to take a look at those pipes to make sure they’re properly secured. Because sometimes, you go in the basement and this pipe’s just like hanging and loosely just – like almost from point to point, like a curtain, yeah, that’s drawn.

RICHARD: Yeah. Absolutely. That’s exactly – the thing I was going to jump on is that for lack of a 20-cent clip, that pipe has been banging for it’s whole life. And so any time you can, just clip it. Don’t clip it too much; let it breathe a little bit. But just clip it at least every other joist when you’re going horizontally.

TOM: We’re talking to Richard Trethewey – he is the plumbing and heating expert on TV’s This Old House – about silencing noisy plumbing systems.

Now, here’s one that really can wake the dead: when you get one of these screaming, squealing faucet sounds. What causes that?

RICHARD: Some foreign matter has gotten into one of the smaller openings inside the faucet, generally. In my own house, right now I have a diverter. The little thing that makes your spray hose work has a very small opening and that must have something in it. So, you can hear my faucet, so this is like the case of the cobbler’s kids having bad shoes. So, I’m leaving from the studio to go to repair that, yeah, so …

TOM: Go fix that. It’s on your honey-do list.

TOM: But that’s pretty straightforward to fix, then, right?

RICHARD: Yeah, it is. Yeah, you have to take it apart any place that people have really hard water, high minerals, high calcium, where it can get in and sort of clog the inner workings, you know. You may have to shut the water off, take apart the aerator, take apart the stem units and the things inside the faucet and just clean them out a little bit. And at the worst case, you have to replace those working parts that are just closed down a little bit.

LESLIE: Mm-hmm. The other thing we hear a lot about is when your ductwork sort of makes a popping or …

RICHARD: Yeah, the tin can.

LESLIE: And what is causing that?

RICHARD: Well, think about the life of ductwork. You sit in the house and it’s cool and you’re relaxed and all of a sudden, the thermostat comes on, the furnace sends hot air. And now that metal, like any metal, wants to expand as it gets warmer. And so now, as it wants to expand, it’ll suddenly just sort of start ticking first and then – also, the air that’s being now pushed into that ductwork that used to sit contracted, now you’re pushing air in. And now, like a tin can, it actually expands. And so, all of a sudden, you hear that [buh-wung buh-wung] (ph). Is that the sound? Buh-wung (ph)?

TOM: And that air is just pressing on the interior walls outward.

TOM: Now, is there a way to sort of restructure those ducts or reinforce those ducts to kind of stop that from happening?

LESLIE: Wrap them in Quiet Wrap?

RICHARD: And then you can insulate it, as well.

TOM: In a jam, I’ve actually just put a furring strip across the duct, just anything that …

RICHARD: Yeah, yeah. Anything that keeps it to hold its shape a little bit, yeah.

LESLIE: Can you see the exact spot where this is happening if you watch it? Or are you just guessing?

RICHARD: Not generally. But it’s going to be – I think it’s mostly going to be on a long, straight run of ductwork, where you’ve got a long, expansive thing that’s unsupported where it wants to now kettle or push up or down.

Finally, Richard, let me ask you about radiators. Sometimes, you get a whistling sound that happens from the radiator and particularly, steam radiators. How do we straighten that out?

RICHARD: I’m the master of all voices.

TOM: You know, he’s going to be our new sound-effects man.

RICHARD: Yeah. Every time a steam radiator comes on …

LESLIE: An angel gets its wings.

The air that’s in the radiator, in the off cycle, has to leave the radiator. And so this little valve on the end of it has to allow all the air out. And so it has to hiss and it’ll hiss until steam touches it. And when steam touches, it’ll shut completely. So, that is a function that’s – you’re supposed to have a noise.

RICHARD: You’re supposed to, with a steam radiator. The thing about steam radiators is you can also have a bang with steam radiators when – the water that used to be steam turns into what they call “condensate.” And if the radiator’s tipped the wrong way, it can sound like somebody took a sledgehammer in the middle of the night. Anybody who’s lived in New York City or Boston that has these steam systems – any urban environment, they know steam.

TOM: Those are little steam explosions inside, right?

RICHARD: Yeah. That’s when you put your little iPhone earpieces on and go to sleep. Turn the music up.

TOM: But you say you can correct that by re-pitching the radiator?

RICHARD: Yeah. On the hammer – the banging of the steam radiator – you can pitch the radiator so that the water goes back towards the pipe of which the steam came up through. And the air vents, you can change and put new ones on to try and get it to sort of clean – to whistle a little bit less.

TOM: So you don’t have to tolerate it; there are solutions to all of these noises.

TOM: It does not mean your house is haunted.

TOM: It just means it needs a little plumbing TLC.

Richard Trethewey, the plumbing and heating expert from TV’s This Old House, great advice. Thanks so much for stopping by The Money Pit.