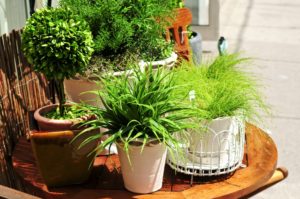 How to Choose a Houseplant

How to Choose a Houseplant

LESLIE: Well, if you love the look of greenery around the outside of your house but seem to only have a black thumb when it comes to getting greenery to flourish inside your home, we have a solution.

TOM: It might not be you as much as it’s the type of plant you’re choosing. Roger Cook is the landscape contractor for TV’s This Old House and joins us now with tips. 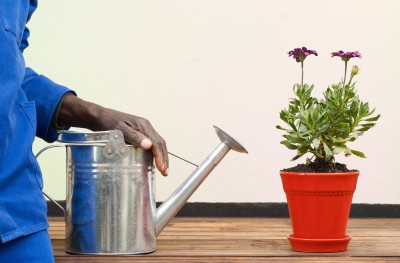 ROGER: Well, it might just be you, Tom, you know.

TOM: It could just be me.

TOM: Well, I kill plastic plants from overwatering. I don’t have the green thumb.

ROGER: You have a real skill.

TOM: I do. But aside from folks like me, what are some of the most common mistakes that homeowners make when they choose their indoor plants? There are some that are just a whole lot easier to take care of than others, aren’t there?

ROGER: Well, sometimes we get our inspiration from the wrong place.

ROGER: I mean you walk around and you see a plant, say, like a ficus. It’s an absolutely beautiful plant. You bring one home and all of a sudden, all the leaves are falling off of it. It’s because a lot of houseplants need full sunlight and when they don’t get it, they drop their leaves.

TOM: Now, that’s a great point, because we had a beautiful ficus tree when we bought our first house. It was a condo and we had cathedral ceilings and it looked great. And we tried to take good care of it but it just eventually would dry out. It got very sort of gooey; the sap would come out of it. And the leaves would fall out and it became very difficult. And I found out later that a lot of times, the professionals that take care of these things – you see them in doctors’ offices and malls – they cheat. They take them out and they put them outside and they trade in better ones.

LESLIE: Right. They swap them out.

ROGER: They swamp them out.

TOM: And they kind of – they rotate them and we don’t know this. So it’s not so much us killing the plant; it really maybe wasn’t the right plant to choose.

ROGER: That’s right. And that’s why you really have to go around your house and examine it and say, “Where am I getting the most sun?” And then find a sun plant. And then be honest – what side of the house is getting a lot of shade? – in finding a plant that will grow in the shade and putting it there. That’s where people made the biggest problem.

LESLIE: Do interior conditions, such as lack of moisture or too much moisture or dryness from heating – those really have to take a toll on the plant, as well.

ROGER: As they would take a toll with us. That’s why we adjust the humidity to our bodies but not to the plants. So sometimes, that’s where misting comes. When you go around a plant and you mist it? That little bit of extra water will help it. A lot of these are tropical plants and in the tropics, it could be 80-, 90-percent humidity.

ROGER: Daily, right. But they’re not getting it in my house.

LESLIE: No, not in my house, either.

Now, here’s a situation and I know we always ask you about this. I have a Peace Lily that was given to me when my father passed away eight years ago. And I love it and this thing has taken over every inch of that pot.

LESLIE: I feel like I water it and all of a sudden, the dish on the bottom is overflowing. And I know it’s time to repot but I’m petrified of it. So how do you do it without causing harm to the plant?

ROGER: Well, fortunately, Peace Lily is a very, very tough plant and it’s really hard to hurt. And it’s probably begging you to get it out at that point.

LESLIE: Oh, I think it’s asking for it.

ROGER: Yeah. Out of that pot. So let’s go to a pot that’s 2 to 4 inches bigger. And when you take it out of the pot, shake off some of that soil that’s on there.

LESLIE: If there’s any.

ROGER: If there’s any. And let’s get a lot of new soil in there for that plant to grow out into.

LESLIE: So height has nothing to do with it?

ROGER: We want it a little bigger in width and volume. Just bigger.

TOM: Now, if you are repotting a plant, what do you do to get sort of the base ready? Don’t you have to put some stones or something like that in it or broken clay? How do you do it?

ROGER: Well, every pot usually has a single hole in the bottom of it.

ROGER: And you want to make sure that you don’t plug up that hole. So you can do what’s called “put a shard,” which is a broken piece of pottery over that hole before you put the soil. Just something to keep to allow the water to come through the hole but not all the soil behind it.

TOM: Good tip. Now, what’s one of the most common mistakes people make when it comes to houseplants?

You need to check the soil. And I do that by putting my finger into the pot. If I can get down two or three knuckles, I can tell whether that’s moist or overwatered there or dry. That tells me to water it.

TOM: You’re really getting your hands dirty on this, aren’t you?

ROGER: Well, if that’s what gardening is all about. Inside or outside, you’re going to get dirty.

TOM: Roger Cook, the landscape contractor on TV’s This Old House, great advice. Thanks so much for stopping by The Money Pit.

For a Long-lasting Bouquet, Give a Container Garden

How to Choose The Right Size Pot For Your Plant | Video

Tips to Prevent Frozen Pipes, Choose the Right Houseplant for Your Home, Attract Winter Birds to Your Yard, and more

How to Plant Ground Covers