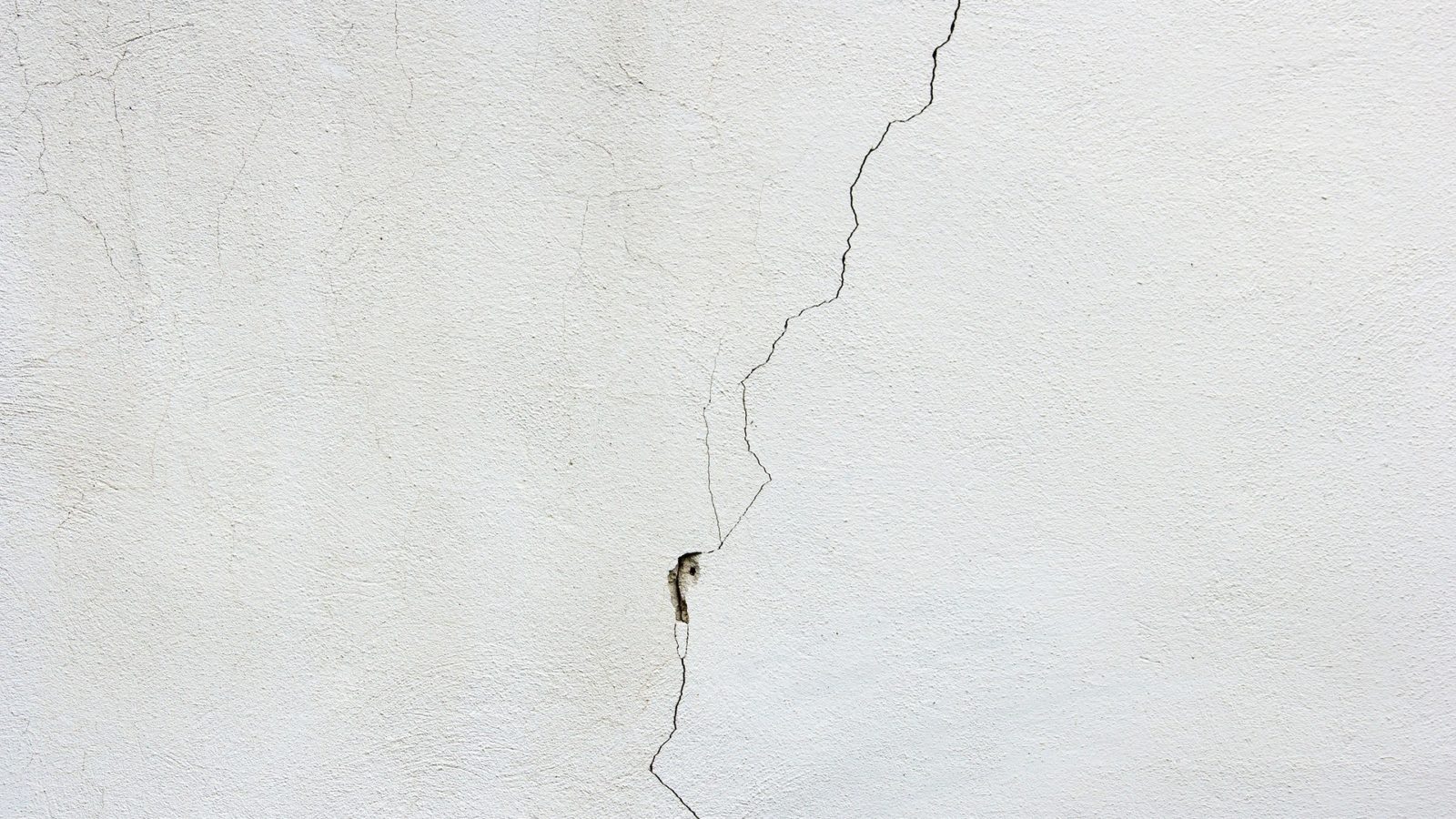 LESLIE: Alright. Next up, we’re going to talk about a crack in foundation with Randy in Idaho. How can we help you today?

RANDY: Well, I’m – I’ve got a crack in my foundation and I’m wondering if what I want to do is a good idea.

RANDY: Well, first of all, it’s a crack that’s about an inch, inch-and-a-half wide. It’s right on the corner about, oh, 4 or 5 inches up from the bottom – from the floor of the basement.

RANDY: And it’s buried; there’s several feet of dirt above it. And a crack appeared on the floor in the basement and just dropped down about an inch-and-a-half. And the soil from outside was coming in from the outside and moisture and whatnot.

RANDY: The wall, in the corner.

RANDY: About an inch to an inch-and-a-half wide.

RANDY: And about eight – yeah, about – well, the floor just dropped a little bit.

RANDY: And it’s about 8 inches on either side of the corner.

TOM: OK. So, the crack formed and the floor dropped. Is that correct? Both of those things happened?

TOM: Alright. So, obviously, something got very disturbed under there. I don’t know if it was settlement or whatever it was but it sounds like you lost some soil in there. As a result, you lost the support.

A crack that’s an inch-and-a-half wide is a very large crack in foundation. And typically, it’s something that we would recommend you have a professional inspect before you just repair it on your own. But with that as our general advice, what is your plan?

RANDY: Well, I thought that what I’d do is I’d put some BLACK JACK in the very back of it. I dug out as much soil as I could and cleaned it with a toothbrush or a wire brush.

TOM: Right. Well, that’s all – you’re talking about patching the crack; I’m talking about supporting it so it doesn’t get any worse. You can fill it, you know, five different ways. What I’m concerned about is making sure that this instability isn’t going to continue and get worse and affect the structural integrity of the wall. If you’ve got a crack that truly opened up an inch-and-a-half, that is a very big crack. I mean most of the time, people talk to us about hairline cracks or cracks that open a ¼-inch and are very concerned. If you’ve got a crack that’s opened up an inch-and-a-half, that’s a huge crack.

So here’s what I would do. I would have – I would consult with a structural engineer. Have them inspect your house, look at the foundation, look at the crack and then write you a report that gives you step-by-step instructions on what should be done to address this. Either you do the repair yourself or you have an engineer – a contractor – do it; it doesn’t matter to me.

But what’s most important is that you have the structural engineer come back after the repair is done and certify that it was done sufficiently. And the reason you’re going to do that is because eventually, you’re going to want to sell this house. And if you have this repair done under the supervision of an engineer like that, it’s sort of like a pedigree that says all is well. And it will alleviate any fears from a potential home buyer.

RANDY: I see. I see. That’s kind of like a cover yourself kind of thing.

TOM: Absolutely. Yep. And you’re going to do it right and most importantly, since you had the crack form and the floor drop, I’m concerned about what’s going on underneath this. That’s a very unusual set of circumstances and it leads me to conclude that there’s some instability underneath that corner of the foundation.

RANDY: Alright. Well, I think I’ll just start nosing around for one.

TOM: Alright, Randy. Good luck with that project. Thanks so much for calling us at 888-MONEY-PIT.