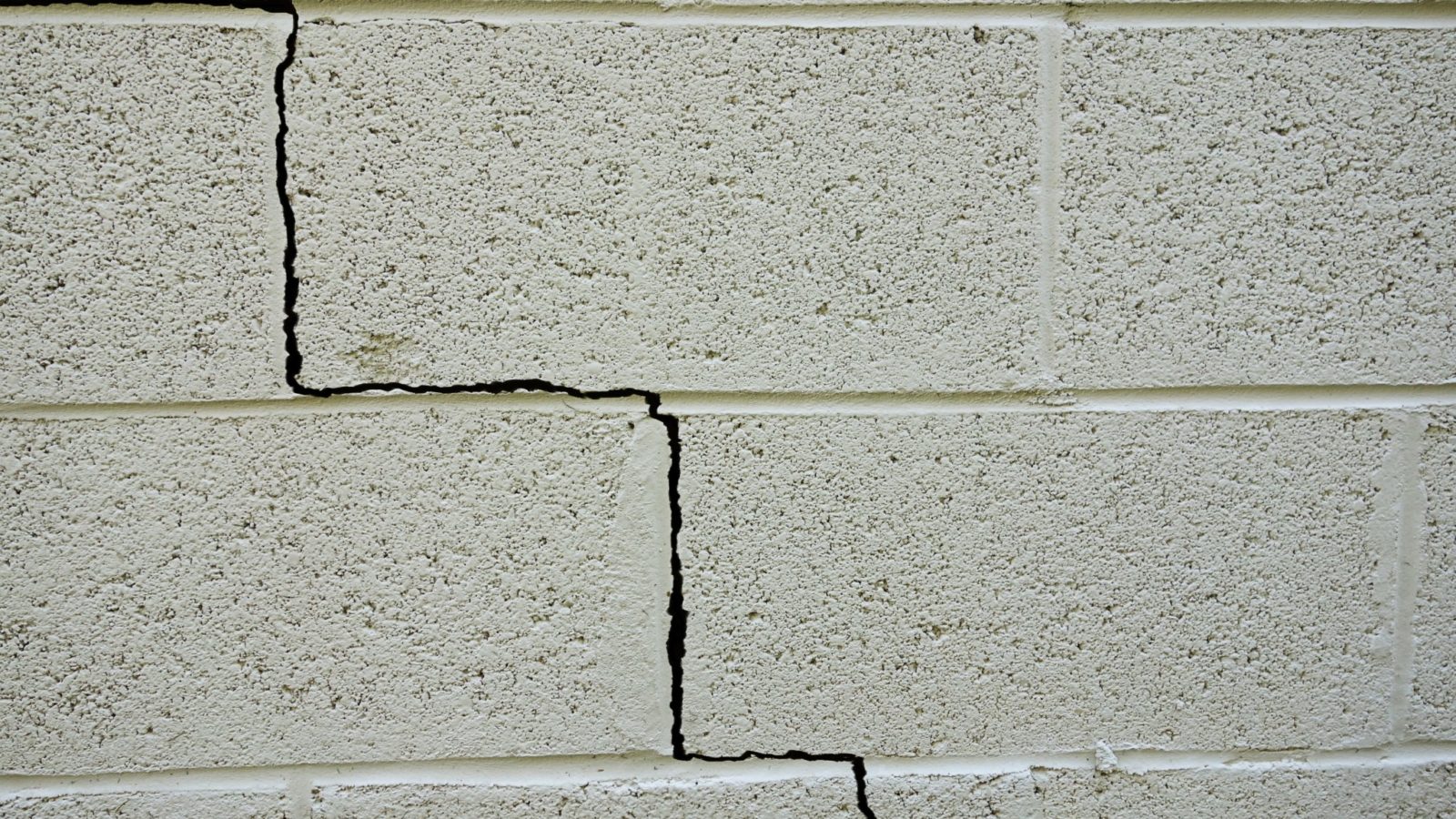 How to Repair a Foundation Crack

How to Repair a Foundation Crack

LESLIE: Well, the sight of a crack in your home’s foundation might send a shiver of fear up your spine but not all cracks need to be so terrifying.

TOM: Well, that’s right. The size, the length and even the direction of the crack can give you clues to why it’s happened and just how worried you ought to be about it.

Here to help us sort out the simple from the serious is Tom Silva, the general contractor for TV’s This Old House.

TOM: Well, it’s good to have you, too. Now, what actually causes cracks in foundations and how do you tell if they’re serious or not?

TOM SILVA: Well, a foundation that’s concrete, it could be concrete block – but cracks occur because of moving. Something’s moving, expansion and contraction, heat, cold. Everything’s going to expand and everything’s going to shrink. It’s basically the nature of the beast.

TOM: It’s almost unnatural to not have a crack. I mean virtually all foundations have some level of cracks and …

TOM SILVA: Hairline cracks or whatever. What you want to start looking for is anything major, like a diagonal crack that may go across the window, door, at the top of the corner. That could just simply be a weak link in that foundation and it’s usually not a big deal. You can repair it with epoxies or even some hydraulic cement. It still may come back eventually, over time, but it can be fixed.

TOM: And that’s interesting, too, because that is where the cracks show up, because that is technically the weakest part of the wall. It’s not that the movement is around the window; it’s just that that happens to be where the foundation has enough give to actually break apart and evidence itself.

TOM SILVA: Right. Because you think about it, the foundation is a big mass and it’s moving in and out of that door opening. You don’t see it move but there’s a weak link where the header meets the side wall. So it’s going to give right there and why not give there?

LESLIE: When should you be really concerned when you’re looking at a crack in a foundation? Is it the thickness that’s going to sort of give it away? If you see something that’s fairly wide …

So let’s say you have a diagonal crack that runs down your wall and it’s a hairline crack, you’re not going to be too concerned about it. But if it’s a good-sized crack and that crack is opening, that tells me that there’s some settling going on somewhere and there’s movement.

TOM SILVA: The wall is dropping away from the wall above. So even – and that can even happen with a wide, vertical crack. If you look at a crack that’s wide, it could end up to be like a ¼-inch wide and you’re saying, “Well, gee, what’s going on here? Did I have some movement?”

So that’s when you’ve got to figure out: “How am I going to get this fixed?” You may need to bring in a structural engineer. They may need to drill down some holes underneath the foundation, in the area that’s settling, and basically compact it, put another footing under the foundation. It can be dangerous.

TOM: And that’s a good point. I think when you have a crack that’s that serious, it is a good idea to bring in a structural engineer, for a couple of reasons. First of all, you’re going to get the right advice but secondly, you’re going to get sort of a pedigree on the effectiveness of that repair. And when it comes time to sell the house, the crack’s always going to show.

But if you can show that you had a structural engineer look at that and they specified how to repair it, then you had a contractor do it, the engineer came back and said, “Yes, this is done correctly; you have nothing to worry about,” that’s going to protect the value of your house.

TOM SILVA: It’s going to cover you, sure. Absolutely.

There’s another crack that you want to be careful of and if you have a block foundation, this is probably where you’re going to see this more than in a poured foundation. If you have a horizontal crack halfway up the foundation wall, that tells me one thing: that 9 times out of 10, there’s too much pressure on the outside of that foundation. And the pressure from the outside because you have poor drainage, you’ve done the wrong kind of compaction or too much compaction, the wall is actually bellying in.

TOM SILVA: And so the outside of the wall, think of that block as actually like a hinge. And the wall is opening up, the crack is opening up because it’s coming in on you.

LESLIE: Would you see a symptom of that if it was a poured foundation or is that really just something that you’re going to see with the block?

When we pour foundations, even if it’s not required by the code, we always throw some steel rod in the foundation: a couple of horizontals and a couple of verticals every now and then.

LESLIE: Why is that not required by code for all buildings?

TOM SILVA: Because if you can use a heavier concrete, a thicker wall, you don’t really need it if the foundation wall isn’t really holding back a lot. So let’s say half of the foundation is out of the ground and you’ve got an 8-foot wall, you’ve got a pretty strong wall if it’s a 10- or a 12-inch pour. You don’t really need it. You use a 4,000- or 5,000-mix psi, you’re not going to go anywhere.

TOM: That horizontal crack is very, very common and you’re right: a lot of that has to do with drainage. And the bad thing about it is because it is sort of water-actuated, it’s the frost heave.

TOM SILVA: Absolutely. And it will come in and it’ll go right in. Think of the water as the enemy and in cold weather, it’s even worse. Because that water gets in the ground, gets below the ground, freezes. It’s an ice cube. What happens? They expand and they’re going to go right against that foundation and blow it in a wall.

TOM: So the single most important thing that you can do to make sure that your foundation stays stable is watch the drainage.

LESLIE: Alright. You can catch the current season of This Old House and Ask This Old House on PBS. Check your local listings by visiting ThisOldHouse.com.

TOM: And Ask This Old House is brought to you by Stanley. Stanley, make something great.