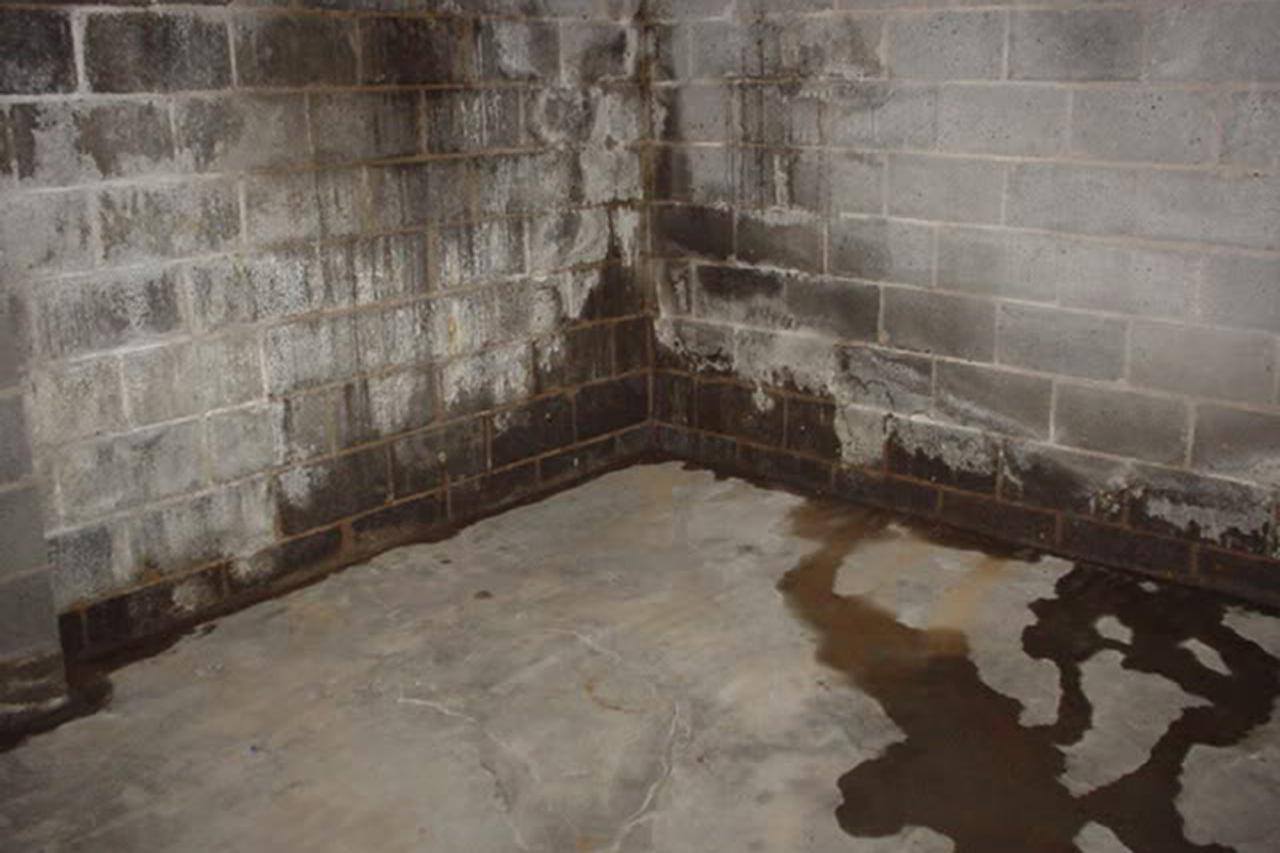 LESLIE: Jim in Illinois, you’ve got The Money Pit. How can we help you today?

JIM: Yes, I’ve got a sump pump I just put in – it’s the second one down in the basement because I’m always getting water down there – and it’s working very fine. But the thing is, it’s just pouring out into the backyard and, as you know, everything gets graded off to the side and my next-door neighbor is getting a lot of the water that’s just pouring off to the side.

JIM: So I was wondering if there’s anything we can do with that.

TOM: First, let’s talk about this wet basement. Is this a situation where the basement gets flooded or the sump pumps run more frequently when you have a heavy rainstorm, Jim?

JIM: Basically, the only time that we were having a problem – I have, as I said, one sump pump first and when we used to get that flash flood stuff, then it would fill up; it would actually flood the basement.

TOM: OK. The reason that’s happening is because there’s a problem with your outside drainage. I want to first give you some steps that you can take to reduce the amount of water that’s getting to the sump pump in the first place.

I want you to look at your gutter system first. Of course if has to be clean. The downspouts have to be extended at least four to six feet from the house. And you want to try to size up the amount of roof per spout. You don’t want more than 400 to 600 square feet of roof surface per spout. If it turns out you have more than that, you might want to replace the standard four-inch spouts with six-inch spouts which can take a lot more runoff because we don’t want those gutters to overwhelm. If we can get as much water as possible that’s off that roof away from the house, it’s never going to have a chance to go through the foundation wall and end up in that sump pump.

LESLIE: And I think, you know, it’s important when you’re dealing with the downspouts, to look at where the downspouts deposit all that water that’s coming off the roof. You know, a lot of times you’ll see that downspout just sort of terminate at the foundation line right there but you want to extend it out as far as you can. Even if you can bury it underground and get it as far away from the house as you can.

JIM: Burying it underground wouldn’t cause any kind of a problem then, would it?

TOM: Well, yeah, you can’t just bury it and expect it to go away. (Jim chuckles) Do you have the opportunity to run some pipes underground and have them discharge somewhere where it’s not going to flood you or your neighbor out?

JIM: I would imagine I could but I just would wonder what the cost would be.

TOM: Well, it’s not a hard project to do yourself, I should say. You know, if you buy …

LESLIE: And the pipe is relatively inexpensive.

TOM: Yeah. Four-inch PVC pipe. You don’t want to buy perforated pipe; you want to buy solid pipe. Pretty inexpensive. Doesn’t have to be that deep. It just has to pitch about ¼-inch per foot and it’s best if it breaks out to daylight somewhere where it’s going to discharge the water, it’s not going to hurt anything.

Now there are also PVC components that are designed to go from a four-inch gutter – a four-inch leader down to a round, four-inch drain pipe. So they actually make parts for this.

TOM: And so if you can get that water away from the house and really manage the roof and the surface drainage, then I don’t think you’re going to have a problem with sump pump discharge and if you do, and you put the underground drains in, you could pipe it into that.

JIM: OK, well I appreciate that. Thank you.

TOM: Alright, hope that helps you out. Thanks so much for calling us at 1-888-MONEY-PIT.